Seems to me that Maine is leading the way to freeing their towns from the tyranny of both federal and state terror ... I mean, "legal" systems that are infecting the US with GMO and ridiculous restrictions on food, produce, dairy and meats for consumption of the locals.

Written by KristenM
If you're new here, you may want to sign up for FREE weekly updates delivered to your inbox featuring Real Food recipes, nutrition & health articles, and the latest in sustainable agriculture, food politics & philosophy. 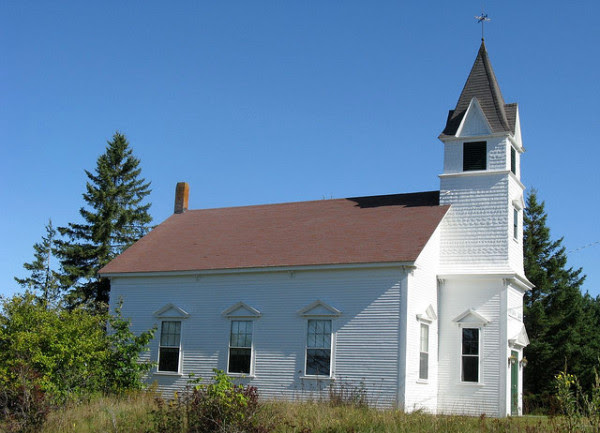 Sedgwick, Maine has done what no other town in the United States has done. The town unanimously passed an ordinance giving its citizens the right “to produce, process, sell, purchase, and consume local foods of their choosing.” This includes raw milk, locally slaughtered meats, and just about anything else you can imagine. It’s also a decided bucking of state and federal laws.
From David Gumpert’s coverage:


This isn’t just a declaration of preference. The proposed warrant added, “It shall be unlawful for any law or regulation adopted by the state or federal government to interfere with the rights recognized by this Ordinance.” In other words, no state licensing requirements prohibiting certain farms from selling dairy products or producing their own chickens for sale to other citizens in the town.
What about potential legal liability and state or federal inspections? It’s all up to the seller and buyer to negotiate. “Patrons purchasing food for home consumption may enter into private agreements with those producers or processors of local foods to waive any liability for the consumption of that food. Producers or processors of local foods shall be exempt from licensure and inspection requirements for that food as long as those agreements are in effect.” Imagine that–buyer and seller can agree to cut out the lawyers. That’s almost un-American, isn’t it?

I applaud the residents of Sedgwick for making such a bold stand. Three other Maine towns are also slotted to vote on a similar ordinance in the coming weeks.
I wonder, though, about how enforceable such a law is if the state or federal government chose to challenge it. In response to a similar question, Edwin Shank (of Your Family Cow) commented onGumpert’s post:


I’m not one of the “lawyers here” but my observation is that when the local law chooses to prohibit more than the rest of the state, nation or organization they will usually get by with it. It is when local law moves to allow more latitude that the trouble starts.
For example, I can imagine that if a county in PA would take a Humbolt CA position on raw milk, the state would take an it’s-up-to-them position. But if local law in an area moved to allow raw butter, cream, kefir & yogurt… I’m sure it would not get to first base.
Still, I say Kudos to the fine folks of Sedgwick Maine. Their common sense bravery warms the heart of every awake American. If nothing else, their move will bring the ridiculousness of the situation to the consciousness of another percent or so of Americans. One American at a time the tipping point will be reached.

Deborah Evans, one of the citizens of Sedgwick also commented:


The problem with your question is that nobody really knows the answer. In Maine, there are maybe ten or so “citizen-initiated rights-based” ordinances like ours, passed in various towns in recent years, on a variety of issues. For instance, Montville passed an ordinance forbidding the planting of GMO’s several years ago. ME’s Dept of Ag wrote them a letter saying they could not do that according to some legal point, whereupon Montville’s counsel wrote back that they could do it because of a different point of law. As far as we know, that was that.
Also, Maine has “home rule” for its towns in the statutes. The Maine Municipal Association published “Municipal Home Rule: Grassroots Democracy or A Symbolic Gesture,” (from Maine Townsman, January 1983) by Michael L. Starn, Editor. In this article, he writes:
Municipal home rule in Maine is both constitutional and legislative. The constitutional provision can be found in the Constitution of the State of Maine, Art. VII, Pt.2, §1, and was adopted in public referendum in 1969. The amendment reads:
“The inhabitants of any municipality shall have the power to alter and amend their charters on all matters, not prohibited by Constitution or general law, which are local and municipal in character. The legislature shall prescribe the procedure by which the municipality may so act.”
Our Local Food and Community Self-Governance Ordinance states:
(1) Producers or processors of local foods in the Town of Sedgwick are exempt from licensure and inspection provided that the transaction is only between the producer or processor and a patron when the food is sold for home consumption. . . .
(2) Producers or processors of local foods in the Town of Sedgwick are exempt from licensure and inspection provided that the products are prepared for, consumed or sold at a community social event.”
Therefore, we the radicals who concocted this mutinous act of infamy believe that according to the Home Rule provisions of our State Constitution, the citizens of Sedgwick have the right to enact an ordinance that is “local and municipal in character.”
David posted a link to our ordinance template so please feel free to read it over as I think some of your questions will be answered there. Having founded our legal position in the Declaration of Independence and the Constitution of the State of Maine, we feel that if a challenge is posed it can only be resolved in a court of higher authority.
The Farmer to Consumer Legal Defense Fund, the Community Environmental Legal Defense Fund and the Alliance for Democracy have all aided us in our efforts to construct this ordinance over the last year. We have had the civics lesson of our lives – and it all started with a few of us sitting around a farmhouse kitchen table, having been gobsmacked by our Dept of Ag over a “new interpretation” of the 1,000-bird processing exemption..
Regardless of the outcome when all the votes are counted, Sedgwick and the other three towns have stood up and taken a stand on what matters in our communities. We know of several other towns who are just waiting to see how this goes before they jump in the game. Our State Legislators and Senator are very excited about this as it gives them a mandate to begin to make the changes at the state level. Right now there are three bills in the Legislature’s Ag Committee that address our issues at the state level, largely because our issues are everyone’s issues when you get right down to it. If citizens in enough towns in enough states stand up and take a stand on their local food system based on their inalienable right to produce and choose the food they eat, the Fed might have to listen! What a concept.
As a country the majority of us have become politically lazy and complacent. If we want change we must take up the tools of the democracy bequeathed to us by the Founding Fathers, organize, and get the ball rolling.
If anybody thinks real change happens any other way, look at our history: Long before our Constitution was amended, individuals and small groups of outspoken people put their lives on the line to end slavery, to allow women the right to vote, to end racial discrimination, etc. Look at the struggles to legalize something as basic as the right to home school your own children. Real change comes from the people. Period.

So, Kudos to the fine citizens of Sedgwick, Maine. May you inspire many other municipalities to follow suit!