Once again a huge thanx to AK for getting the PDFs all loaded up so that we could get them posted quickly. http://americankabuki.blogspot.ca/2013/03/oppt-to-all-people-of-planet.html 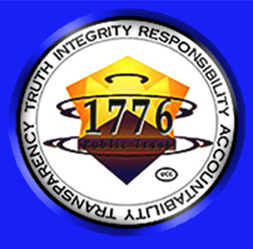 To all the people of the planet

I have received Winston's [Shrout] energy and data that he has put on the table of Transparency for all to review and disect...I send him my absolute gratitude, love and peace for his DO'ing!...I return the energy in kind.

With my full responsibility and liability I DO answer to the matter of "lien" which Winston says was not done correctly or perfected properly....I agree it is not a proper or perfected lien...and I set forth the Absolute Data in regards to that statement of agreement....after prudent investigation and review of the Absolute Data, a lien was not the appropriate application/process to recover value and assets (BE'ing stolen through tool of straw man representation) that are commandeered and stolen:

A right to keep property belonging to another person until a debt is paid.

Every lawful and legal system must provide a remedy without prejudice or exception, and if their is no remedy available to one or all, then a system is illegal, as a matter of law, fact and public policy. In this instance, a remedy with in the former slavery systems was preserved to the perpetuity, Prime/Zero Point of the value that was commandeered and stolen, but by the free will choice of the Principals, agents and beneficiaries of those slavery systems, they refused to provide the remedy upon due lawful and legal demand duly made, given and noticed by the Creator of the value unlawfully and illegally commandeered and stolen. When remedy preserved is unlawfully and illegally denied to one...the remedy is no longer preserved and the system is rendered illegal as a matter of law, fact and public policy.  The principals, agents, and beneficiaries chose by their conscious free will to not cure their mistake, confirm intentional default, and make and give due notice of their knowing, willing and intentional choice to be foreclosed.

Below is a link to the remedy, delivered via www.transferbigfiles.com , they are also posted at the only official website of OPPT, www.peoplestrust1776.org.  That preserved remedy with in the former slavery systems is a non-judicial process same as the process they used to commandeer/steal the value was (as it is bound so shall it be unbound).

Attached to this email are the screen shots from March 3, 2013, from the international Branch of the Commercial Registry, WA DC,  and they are still there. (https://gov.propertyinfo.com/DC-Washington/# ).  However, if you search the WA State branch of the Commercial Registry ( https://fortress.wa.gov/dol/ucc/  ), and search by file/receipt number you will see that they are no longer there, and the attached letter to this email is the purported basis why they were "removed"/"cancelled"...I only included one of the letters, but all the same.

Review and disect the bejeebus out of this data of the Absolute Data and determine by the tools of resonance with in whether they used the "lien" bit to "rebut" the duly made demand for remedy because their their own BAR attorneys were incompetent and didn't know which law to apply to the charge of "commandeer" and "theft" ....OR....because they absolutely knew that "lien" was not applicable but hoped the Trustees of OPPT were incompetent enough to buy it!....lol.

With absolute love, peace and gratitude to Winston and all the people of the planet


p.s.  Almost forgot to mention....yes, that formerly preserved remedy and its process could have been used by any of the people on the planet...the Bartle men already found the uniform template of REGISTERING and TRANSFERING of human capital in exchange for FRN's (Federal Reserve Notes)...the FRN's are then deposited and used as the basis for issuing local "currencies"...all backed by the "good faith credit" of the human capital formerly REGISTERED as property of UNITED STATES branch of the prime corporation...see attached template (ANZ and WESTPAC, which are member/branch of local central bank which is a member/branch of BIS)

Funny that...if you look at former IMF (cancelled special agency of former UNITED NATIONS), they "just" announced "launch" of SDR (Special Drawing Rights) as the purported global currency/solution...(wasn't the purported IMF as recently as of last year broke and begging for money from members/owners?  Now all of a "sudden" it purportedly has the bank roll to do this...wonder where all that purported "value" Gulliver of HSBC was sent to....?...nice shuffle, only they knew the people of this planet would not "digest" CHINA or the asian side of the Agenda Families "owning" them or having provided a purported loan...with value they had commandeered and stolen...wow)...  SDR's have been the "currency" of the BIS for a long time (they pay their employees in SDR)..see annual report at http://www.bis.org/publ/arpdf/ar2012e.htm (lookey what corporations are involved...USA, CHINA, ETC. and lookey who has more than one seat on the board of directors...lol)...and you can see from the screen shots (wasn't sure if they would take them offline before you could see them) of a simple google search how long the families and principals, agents, and beneficiaries of the former slavery system have been at bringing their old hidden system of global currency (which formerly existed in a structure of purported "local currencies"...lol.  I was browsing in Morocco a bit ago in a commercial clothing store and noticed that on the price tags they now show "SDR/MAD" and the corresponding prices/conversions....puts former IMF/BIS's "just"....into more absolute context for me....lol.