US Citizens Defined as Property of the Government


US Citizens Defined as Property of the Government 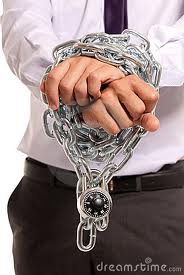 This UCC document appeared on one of the Skype chats yesterday, it seemed familar to one mentioned to me by a very connected financial person.  The UCC filing statement from 2011raised 14.3 Trillion in money under the Obama Administration by using the the people of the United States as "property improvement" capital on the land for purposes of collateral. Essentially they sold you for 14.3 Trillion dollars in borrowed funds.  This is quite separate from the birth certificate bonds.

This defining people as property has been going on since the 1930s but was only declared publicly in 1997 by President Clinton.

The UCC-1 filing that you posted is related to this matter however, The executive order specifically mentioning publicly that we are Human Capital was Executive Order No. 13037 March 4, 1997 (specifically section 2 subsection ( b ) ). Prior to this the registrations of birth was secretly used in order to create a 'Bond' or debt on each individual. This has been taking place since 1933 in private.

Usa Citizens as Property of the Govt
Posted by D ... Breaking The Silence at 00:49