The Lizards Behind the Curtain

My soul brother AK wrote this as a pre-amble to the article I wrote yesterday- I love his ability to cut to the chase and lay it down for all to see (minus my potty mouth, lol) :


The Lizards Behind the Curtain 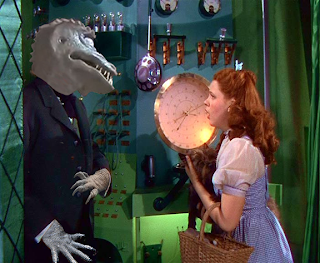 One of the most surprising twists for me was learning about the existence of the immortals and divines that operate on this planet.  Its not a subject much discussed either in light worker circles or among the conspiracy theorists.

There's some asians that live extraordinary long lives. They seem to be the one who have the gold deposits.  Hints of this have come from Fulford, Keenan, Drake, and Heather confirmed.  One patriarch is said to be 5000 years old, and the elite bankers call him "the old man". We call these "immortals" because for all practical purpose they are.

Then there's the group  of what Heather and Caleb call "the divines".  These are trans or inter-dimensional beings who the Rothschild's and other banking elites report to.  They pull the puppet strings on the bankers (who are just brokers) for control and energy transference on this planet.

There may be some overlap between the immortals and divines, I am not too clear on that yet.


We're led to believe through various channelings that they are "ascended masters" in charge of our future.  And to be honest I believed this until 12/21/12.  I didn't predict 12/21/12 would bring a sudden change, I told people I thought we had work yet to do.  But I did post channelings from so called "ascended masters" and from the "Galactic Federation of Light", which I didn't realize is different from the "Galactic Federation".   I had another blog devoted to that, which I closed down in January after having more data on what was going on.  The evidence is pretty clear, and there's suddenly been a very sudden drop in the volume of channelings from these beings.

These beings seemed to have stolen some identities of various prominent beings including St Germain and AA Michael.  They have also been posing as other beings.  What their true nature is (aside from Eternal Essence) is not entirely clear.  Best we can say is they are interlopers. I suspect they are of reptilian origins and in non-3d form but they could be humanoid.  Its not really clear, we don't have enough information yet, we just see the trails through the banking system.

They are quite adept at building up expectations and harvesting the resulting energy and then dashing the expectations and harvesting that energy too. The are masters of energy harvesting.  They are also huge control freaks.  We know they have altered the Earth's akashic records which confused the Galactic Federation and the Ashtar Command, both of which are real groups.  The records of creation were pulled down to correct the damaged akashic records on earth.  They didn't know there were untouchable copies.   A recent channeling from Hatonn went into that briefly.

They have been operating in and on earth for a long time and have benefited and set up the existing system here on the planet.  We KNOW first hand they have been impersonating St. Germain.  So the post below is quite interesting in that it claims St Germain is the new Pope, the Jesuit from Argentina linked to murders and disappearances.  That's probably news to the real St Germain who is an Native American.  There has also been a purported St Germain walking through walls at the Pentagon and also doing gemstone tricks for Cardinals prior to the resignation of Pope Benedict which came from other sources.  The convergence of these stories on the Vatican is indeed interesting.  As is this new apparent impersonation of Ashtar from the Pleiades.