Yes Yes YES!  Full Transparency- this is the absolute minimum that we should expect.  Gimme the Data- A L L the data.  Well, Brian's interview with Poof way back in November 2012 sheds a LOT of light on some dark corners.  I love data. 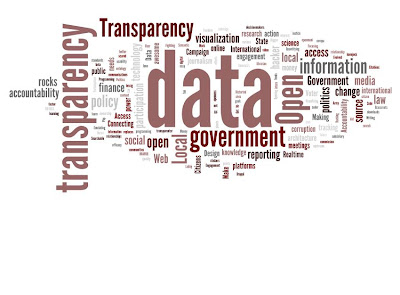 Let the record show that I AM a self-proclaimed seeker of Truth. I desire for Absolute Truth to be known, not only for myself but for ALL. The backbone of Truth is Transparency. You can't have one without the other. The old adage, "for it is the TRUTH that will set us FREE," is more relevant now than ever.

One of the main reasons I started this blog was so I could have a forum to share what I know and have learned along the way, with ANYONE who is willing to listen. My hope is that readers walk away informed, inspired and empowered. Everything I post will be published with those three pillars weaved into the fabric of all the material.

For those of you who have been following my work for a while, you're already familiar with the interview  I did with a guy named Poof around October of 2012. This was actually a consultation, as I paid $50 for the service, which bought me an hour of talk time. Beforehand, I decided to record the call so that I could play back anything I may have missed to jog my memory.

All of the details of this story can be found on American Kabuki, here.

For the sake of context, I will share a brief synopsis.

After one of the most exciting calls I've EVER had, I realized there could be great value in releasing the content to the public. The sole objective being to provide hope and excitement for those who had been following the unfolding story.

Within a few hours of the call, American Kabuki emailed Poof, informed him the call had been recorded and asked if it could be released on his blog. The reply was that the intel was for too sensitive at the time and the directive was to hold off for now, which we did.

As an un-experienced journalist, I didn't see the harm in recording for personal use. Something I would steer clear from now. However, I have no regrets as it would later be discovered it served a much higher purpose.

Almost two months went by before Poof gave us the green light to release the call. The result was the video going viral on YouTube, receiving almost 8,000 views in less than four hours. It seemed Poof's intel was in very high demand.

That's when the email came. It was from Poof, saying we made some folks in Hong Kong very unhappy with the release of the video and it needed to be pulled, or things could get ugly. Suffice it to say, we pulled the video immediately.

Then, on December 26th, 2012, we received the following email from a woman named Heather Ann Tucci Jarraf ;)

AK, KP, and "Poof" (cc to D, the Trustees and the Trust Advisors)

To all of you and each of you...I send my love, gratitude and appreciation.  In a few emails I send to you, I return some of the energy you so willingly share with others, including me.

Perhaps the attachments will shine some context on the "past" situation regarding Hong Kong's "order" and the "pulled" interview by the being known as "Poof".  Your energy on that matter served to protect the highest good of alll...whether you knew it doesn't matter, however, I return the energy by way of transparency...the major piece that made them nervous was the disclosure/admission of the timing the "money" China had printed and sent over to (former) US.  They used our presence, the foreclosure, and the inspection of gold holdings at BIS on October 22-24, 2012, to pressure the western half of the families (yes, they are all "related") to submit to unlawful and illegal deals to keep the Agenda alive by "shuffling the cards" to the purported Old Man's side of the family.

It was actually General Wong...Wong Shui Lung, and other "interested parties" that were having "a moment" :)  General Wong is the former head of all Chinese Intel and when I met him last, he was number 3 in China, only under the Prime Minister...sitting under the Old Man's nephew... The attached Paradigm Report sheds a little more light on that "relationship" and maybe others.

Then received this from AK:

LOL!!! You brought down a (corrupt?) Chinese General! Don't feel bad about this, apparently a bigger purpose was working its plan behind the scenes through everything we went through!  :)

You can only imagine how shocked I was! Talk about taking a plunge down the rabbit hole!! LOL!

The rest of the email and many others that ensued that day can be read at the link above.

So, why am I posting all of this today? Because in honor of Absolute Transparency, the time has come to release the data that was shared, once again. After all, it served a very good purpose the first time around. At the end of the day, it does not deserve to be suppressed.

However, this time, to honor Poof's desire to have his voice kept private, I am sharing the transcript only, as opposed to the audio YouTube link.

Some people may not agree with my decision to release this and that's ok. Poof was never the one to tell us to pull it in the first place, it was this General Wong guy, who as far as I know, is no longer an issue. Considering this "interview" was actually a "consultation," which I bought and paid for, it makes the content my own to share if I so please. Sharing the transcript is akin to releasing copious notes, except there's no way I could type this fast!

I hold the utmost respect and appreciation for Poof and his long tenure of committed work to this cause. I personally believe he has nothing but the best of intentions and I hope that one day soon the need won't exist for his weekly updates.

I will say, after re-reading this, I don't think the "guys in the rafters" have as much pull as they have led him to believe they have. As in all things, they hold one piece to the puzzle, but NOT the entire thing. Other than this "opinion" feel free to share thoughts in the comments below, as I would be happy to share more of what I DO know.

My views and opinions have changed much since this was released. I have learned a great deal along this journey and it has been one heck of a roller coaster ride! I hold a space of Absolute Gratitude for every moment of it. I'm happy to share this information, once again, to honor my commitment to total Transparency.

There are a few places in this text which will show as being [inaudible] which just means the transcriber couldn't make out what was said. In closing, many thanks to POOF for launching me head first into such a grand adventure!! Enjoy!