Further to my article earlier today "My final word on this topic of Tantrums" AK has added a few notes of his own to the article when he reposted it HERE on America Kabuki.  AK's notes are an important piece of this puzzle and well worth reading as he outlines a conversation on Skype between Heather and Malik- the same Malik whom, it would seem, is working with Keenan and his crew.

AK's comments are in red 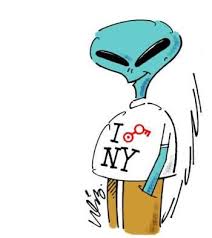 Jarrafusa 3:40 PMREPORTEDLY:  Adnan Sakli purports to be the owner of BIS and most of what exists on the planet.Malik Hughes purports to be the representative of the Qing Dynasty, the servant of the Empress, and from another planet...Malik and Adnan appparently know each other. Mike Cechanowicz, who asked me to speak with Adnan...I don't even remember when that was, but it was over three hours of Adnan explaining his position and power...asked me to speak with Malik Hughes...right before Loie transitioned, so it did not happen when they wanted...about a week after that I finally was able to return the call and skypes....and Malik spent time explaining his/their position and power....then after that, it was revealed by Keenan/Dunn that they were working with Malik and the purported Qing Dynasty...like one big extended family, which I knew about before finally taking the first call with Malik, but was interested in how transparent every one would be with the people, the universe...which wasn't much to begin with...NOW?  They BE DO'ing their part in the final moment of THE finale!  I love them!!!!  I send them big hugs and kisses with absolute love, gratitude and peace.Jarrafusa 3:30 PMOn 4/3/13, at 7:30 AM, Mike Cechanowicz wrote:Hello Heather. I have had some contact with Malik Hughes. He and adnan know each other - they have talked today, not that -Adnan agrees so much quit yet - but we do agree we need to talk, to see how we can cooperate towards our common agendas - the ones everybody is using energy talking about but not yet enough doing. Tell me when you can be on for a conferance call and Ill send that through the channels.Jarrafusa[4/3/2013 7:52:05 AM] Mike Cechanowicz: [4/3/13 4:51:16 PM] malik hughes: Smiley))[4/3/13 4:51:42 PM] malik hughes: Send her good tidings from the Great Qing Dynasty. Smiley[4/3/2013 8:15:09 AM] Mike Cechanowicz: Ya - lets just push the wave.[4/3/2013 8:18:43 AM] Mike Cechanowicz: Contact received from Mike Cechanowicz[4/3/2013 8:18:55 AM] Mike Cechanowicz: Malik Would like you to call.Heather, This is not a time for spiritual poetry, and abstract language. I have Malik on the line. You say you will call, but never do. to say one thing and do another is not the hallmark of honesty, the truth or fact. So lets cut the bullshit and get real. Call Malik and listen to him instead of drowning him. me or others with hyper-meta-abstractions. Love is to extend self to others for the purpose of long term development. Sometimes it means to communicate directly. Its only meant to help.[4/4/2013 5:12:47 PM] Jarrafusa: hhhhmmm...an inconvenience for you I am sure.  My mother past away yesterday, Mike.  I did take and do take a few moments to just BE.  While I DO that....Perhaps you can all help each other. AK Note: I had this conversation with a friend of Cobra's by the name of Ed that I met back when I did that interview in Laguna Beach. So much data coming out now so fast...Ed
4/20/13 4:26 PM

Brother , what is going on with the OPPT & Keenan / global collateral accounts drama ? Who is what ???

Drake and keenan are losing their minds I think... Smiley

When they saw the physical gazillions of tones of gold & other precious metals inside those bunkers in south East Asia , it is easy to understand how most would lose their minds to greed. Lets hope that is not the case & keenan is uncorruptible, but the overall current drama is negative to the cause, I believe both parties should work their differences out behind close doors and compromise, I know that may be difficult specially because Drake seems to be an impulsive mouth, loud, anyways,  If there is anything I can do to help this happen , let me know.

Swissindo seems to be genuine in wanting to change the world.  There seems to be true intent.  People talk about (in great fear) the NWO.  The thing they don't realize, they've been living in it for 60+ years.  If you look at the Swissindo docs they clearly state things as an EXISTING NWO, of which they consider themselves King of Kings.  Each continent is called a "KINGDOM".

So what are they arguing about ? Title means nothing without the physical gold. As you already know , whoever has the gold makes the rules, I hope our Christed brothers have the gold, do they ?

The thing that is drivign Keenan/Drake/Jean h around the bend is that Swissindo has put the OPPT where he wants to be.  If you read keenan's plans he wants to only allocate a small portion of the value already due to those on the planet (5 billion each) to those he deems to be "worthy" and then manage the big fat pot himself.
4/20/13 5:05 PM

He reveals this in his "something for nothing comments" which is quite telling in his view of the value of a human being. No human being is nothing.  There are an embodiment of the the Creator Source, or as Heather phrases it "Eternal Essence Embodied"...

4/20/13 5:07 PM
btw the OPPT has been disolved although the filings stand in perpetuity, it has been replaced by the I U/V Exchange.

4/20/13 5:08 PM
They just layer lie after lie and twisted statements taken out of context.

4/20/13 5:09 PM
Keenan desperately wants us to engage with him. He's simply irrelevant.   He's attacking an entity that is disolved and has been since before he started paying attention to it.

4/20/13 5:09 PM
Heather's position on  Swissindo is they have the power to enforce the filing why haven't they.   She's signed off on nothing.

4/20/13 5:11 PM
Swissindo seems genuine but she just told us they have no gold and neither does the Qing dynasty.  It [asian gold] was all stolen gold anyway from all over the earth.  Its been relocated to a safe location.

4/20/13 5:12 PM
She's not interested in creating yet another "Kingdom".   This is about 3d and hierarchies ending and coming to absolute context that all is one.  Oneness. IS-ness.

4/20/13 5:43 PM
The issue with Keenan & their team is lack of enlightenment, so their level of understanding is stuck in 3D

3D, they can not understand or navigate within the higher realms , for them the highest realm in the land is the Quing Empress, they truly think they are serving the highest possible realm & we are a bunch of sort of hippies dreamers,  so it is practically impossible for Heather and them to see each other eye to eye, on the other hand , send me info on the I U/V exchange pls.

there are "unenlightened" in 5D too.  Glad you clarfied ascended with "enlightened", there is a difference.    Those in the Qing dynasty are 5d, at least those running things.  The slave system goes up multiple densities, as the Galactics now know.   What the Qing decide to do is still up in the air.  Hopefully they, for their own sake, make the choice Swissindo seems to be making.

Yes , you are right, I have met some 5D Chinese weirdos , some fly, go through walls , shapeshift , some even have horns, others are very, very old ( 1,000's of yrs old ) ...but they do rub shoulders with the Cabal ...they seem to be in bed together ...playing both sides , true deceivers ...that is why the Chinese dynasties have lasted for so long unbroken, very smart group , always trying to perpetuate the current slave system with very cleaver & subtle strategies , always using foreigners to represent them & do their dirty job everywhere, because of their wealth , always behind the curtains, never get their hands dirty, they are an important & solid part of the foundation of the slave system, but so few people knows & understands this, and they want to keep it that way while promoting they are creating a New Age of enlightenment for humanity.
4/21/13 12:36 AM

We have finally reached THE crossroad , and we are living such difficult times , so many receivers and so few to be trusted , B.S meter at Max dear brother and discernment at its highest ever please. Very difficult referencing who is who / what nowadays : (

The NEXUS PONT IS VERY NEAR.

Last paragraph I meant : so many deceivers and so few people to be trusted , very difficult discerning  who is who or what nowadays ...

(Big smile)  I knew what you meant. All Eternal Essence embodied now move to bring the absolute moment of NOW, some consciously some unconsciously (and that frustrates the hell out them) that even their resistance accelerates the plan that existed from before the experiment began. They have played their roles so well they forgot who they were and believed they were the roles they played on the stage of the illusion of duality.
1:39 PM

Through your contacts can you find out what there is to find about the "Rizq Treaty" or "Treaty of Rizq"    Appears to be an annauki treaty that the Qinq dyansty uses to justify their claim they own all gold on the Earth and all the Human beings on the earth.
1:44 PM

The aid to the Empress admitted he's from planet Rizq in Orion.  Also admits to having multiple "divines" use his embodiment.  Such a strange person.  Quite a remarkable admission.


Malik in a conversation with Heather made this startling admission:

love energy exchanges and I am an absolute lover of Absolute Data...but first I have to go DO with my family tonight...we can connect back up tomorrow if that works for you. Heart

This would make Malik an Annunaki according this web site: http://ufoaliendatabase.wikia.com/wiki/Rizq. Malik is Keenan's contact in the Qinq Dynasty. He's also been talking to Heather. He's been trying to play Keenan and Heather off on each other and roundly trashing Swissindo as mere "gatekeepers".  This is now what Keenan is ignorantly parroting on his recent video. More on this later...

There's also a curious graphic Drake posted that the Annauki are creators of humanity (THEY ARE NOT!). The Sons of Elohim are the Bene Elohim, who left behind the Annunaki (who were not true Elohim but genetic descendants like us).
The Elohim also created humanity along with the Bene Elohim. The Annunaki chose to enslave humanity because of our angelic [DNA] inheritance. They chose to disempower us so that we would not be the inheritors of our true destiny.


The Annunaki believe they are our gods and therefore have all rights to gold and the human beings on the planet as their property.  And they have behaved that way and treated us as slaves to exploit.

Partial of the graphic from Drake's web site at: http://americannationalmilitia.com/arrested-clarification/  below. What's curious is that while this graphic purportedly supports Christianity, its clearly falsely saying the Annunaki are our creator..