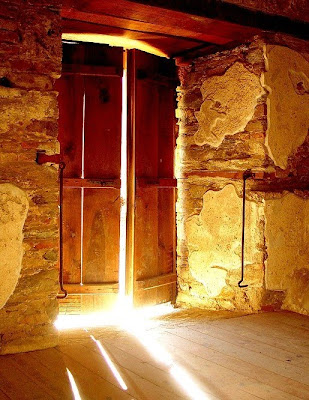 Courtesy Notices have been sent via registered letter to the ROYAL BANK OF CANADA and the collection agency they use to try to intimidate me to comply with their fraudulent practices ~ NO! I'm done with this slavery system. I do realize that this is not for anyone who does not wish to see their credit ruined, but for me this was a Stand for all those who are unable or unwilling to take this journey. I am forever in Gratitude ~

I stopped paying my VISA card payments last June 2012, and took a stand that I would no longer support a system I knew was causing the whole world a crisis that was totally manufactured by the banking system. I did my research with due diligence and made my decision about it long before the One Peoples' Public Trust came on the scene.

The day the news broke [December 26th 2012 on American Kabuki’s site] about the OPPT and the first of the UCC filings came to my attention, I KNEW without a doubt that this was the key that would unlock a big heavy door. I felt this in the core of my bones... and the journey has been a daily endeavour and most worthwhile.

Sending out that first CN involved my facing my own internal hesitation, to stand up for myself and make this statement, but I did because I knew it was the right thing to do for ME ~


So has this produced results? Yes, definitely!

No bills received from VISA since January 2013, since I was already under the collections department by this time.


A final call from John at the bank April 2013 ~ yes this would be the "Dear John" letter I wrote [Follow Up to Courtesy Notice, below] that has been used in many places around the world, but was never actually sent to him directly. He GOT IT Indirectly ~ through the ethers and he stopped his activity within one week!


The collection agency has not contacted me in any way since the first of the CNs was sent out last week,


And the second one was sent by express post with signature tracking to another person today.


Could this been seen as total success?

It is still up in the air, as now the ball is in their court so to speak, and they will choose what they will do in their own time, but for me it IS success!

I have found a new confidence within, and I just laugh at these antics that have been designed to instill fear into people;


No more will I be pushed around and bullied by systems that keep all of humanity enslaved to the few;


I will not knowingly give my own personal power away to any system that does not respect my right to BE and DO ~ Do No Harm! and it goes both ways of course;

I have un-hooked myself from a system set up thousands of years ago and will never again participate in it.

For those of you who are familiar with the stories of Jesus, the one time we see him actually angry was over the practice of usury (interest) in the temple.

I can actually show that I have been one of many who are carrying out this action of breaking that system and cutting off the food supply for these people who have behaved in a criminal manner toward the One People for their own benefit.


I do not hold animosity or hatred toward any of them, as they have played their role very well indeed. So much suffering has been caused by these actions.  Another way of looking at it ~ without them and what they have done, we would never have awakened to what we allowed to happen around us. Just like the little frog in the pan of water... you know the story.

Now we move forward to the next part of the story, and my next report will be the presentation of my Oath & Bond ~ rewritten and created for Me, by my hand ~ to the One People and how I can continue being of service to all of human and non-human kind.

In All Gratitude and Appreciation for the Play that has been played ~ we carry on more fully engaged in the process of Creating the World we truly Desire to Experience ~ Peace, Harmony, and Love Unlimited to All Eternal Essence Embodied in Our Eternal Hearts ~ you and me. ~ D