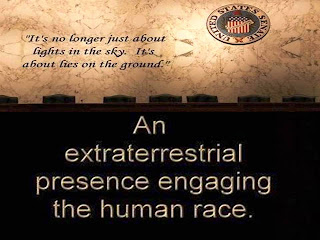 Found this awesome article on Exopermaculture.

First, a growing list of media exposure. Haven’t read through it; who knows, much, or even most of it might still feature “the ridicule factor.” But people are stripping off their sheeple suits so fast that I doubt this way of controlling minds will last much longer.

Second, a press release announcing what’s next: bringing the UFO issue before the UN.

Long List of Media Coverage regarding the 2013 Citizen Hearing and UFO Disclosure!

Since the Citizen Hearing on UFO Disclosure took place in Washington DC April 29th – May 3rd 2013, there has been an overwhelming amount of media coverage. With this much buzz in the air, it is quickly becoming a hot topic of interest that cannot be denied by our government.

I am assembling a team of professional bloggers to help keep this information at the forefront of the news so it will not be set aside and dismissed. I am currently hiring others to be part of this movement at Empower Network so we can continue to share the new press releases regarding the topic of disclosure. To learn more about this employment opportunity click HERE or email me at ryan@conleyempowered.com.

Please see below the long list below of the latest news headlines regarding this event. You can also visit www.CitizenHearing.com for more info on this event.

May 3, 2013 – Visitors From Outer Space, Real or Not, Are Focus of Discussion in Washington -The New York Times

May 3, 2013 – The Mock Congress Hearing on Aliens Is Heavy on Real-Life Mulders, Not Scullys -Atlantic Wire

May 6, 2013 – ETs are here and the White House knows it, says actual former senator -MSA NOW

May 3, 2013 – Bassett: Former members of Congress compensated and terms are ‘private’-examiner

May 3, 2013 – Carolyn Cheeks Kilpatrick to preside over alien hearings for $20K-mLIVE

May 3, 2013 – Believe in UFOs? Highlights of the Citizen Hearing on Disclosure- The Washington Post

May 3, 2013 – Truth Is Out There? Really? Ex-Lawmakers Piqued, but Skeptical on ETs-abc NEWS

May 2, 2013 – Ex-Rep. Kilpatrick ready to lead global probe of extraterrestrials- The Detroit News

May 2, 2013 – Ex-lawmakers search for signs of intelligent life in Washington-YAHOO! NEWS

April 30, 2013 – Citizen Hearing tackles government secrecy and the truth about the presence of UFOs – The Final Call

April 26, 2013 – What is Citizen Hearing on Disclosure seeking this weekend in Washington D.C. at the National Press Club. – Huffington Post

Visit NBCNews.com for breaking news, world news , and news about the economy