Financial Fiasco: even the sharks are hiding

The financial Doom and Gloomers, whom everyone has loved to make fun of and call "conspiracy theorists", have been vindicated over the past week.  As I discussed on Sunday's Transpicuous News update, the Global economy got tossed on on it's head.... headfirst into a 6 foot deep hole.  The blood is in the water..... yet even the sharks are hiding, afraid to look at the bodies that are floating to the surface.  Many of the main stream media's so called reports of this past weeks financial blood bath have pointed fingers at Hedge funds as making up the largest portion of the bodies .... and yet the response to the actions of the Swiss National Bank last week cracked the frozen facade of Christine Lagarde, and Central bankers all over the globe had to go change their tighty whities.

... And this was just an opening salvo of what's to come, and come very soon.

The following two articles give an excellent rundown of some of fall out, and give a peak of what's to come.

Remember: it's not about Fear- it's about BEING PREPARED.

There’s blood on the Street.
In a wild swing of the ax that has shocked many pundits, Wall Street’s biggest banks have slashed nearly 50,000 jobs, and bonuses and expense money are being cut as profit opportunities dry up.
And there’s no easy way out, analysts say, because the Fed’s quantitative easing that once rescued the financial system with trillions of cheap dollars is — at least for now — history.
But while some analysts were unnerved by the carnage announced by banks last week during their earnings calls, the warning signs were there before — from lower trading and commodities revenues to currency risks and long-term interest rates that have trended lower.
The fourth quarter saw thousands more workers fired. Total reductions for 2014 were about 20,000 at Brian Moynihan’s Bank of America; 10,000 at Citigroup led by Michael Corbat; and 10,000 at Jaime Dimon’s JP Morgan. Morgan Stanley reports on Tuesday.
….
By Mayo’s calculations, bank revenues are the weakest in eight decades, a shocking throwback to the Great Depression.
….
MORE:
http://nypost.com/2015/01/17/50000-wall-street-jobs-cut/?utm_campaign=SocialFlow&utm_source=NYPTwitter&utm_medium=SocialFlow

It is home to the world’s largest stock exchange.
But now, Wall Street in New York has seen nearly 50,000 jobs slashed by its biggest banks.
In a move that has shocked many pundits, a number of banks including Bank of America, Citigroup and JPMorgan have cut thousands of jobs, as well as bonuses and expenses money.
The changes, announced last week, come as as profits opportunities are increasingly drying up
Read more: http://www.dailymail.co.uk/news/article-2916330/Wall-Street-banks-slash-FIFTY-THOUSAND-jobs-reduce-bonuses-expenses-profits-opportunities-continue-dry-up.html#ixzz3PIOnjzw9 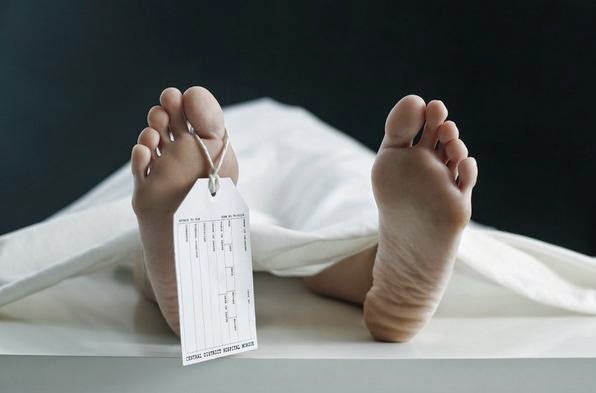 Everest Capital's Global Fund  has lost almost all its money after the Swiss National Bank scrapped its three-year-old cap on the franc against the euro, Bloomberg news reports.

The fund, like many others, had a major "carry trade" position on that worked only if the Swiss central bank continued to prop up the euro.

When SNB pulled the plug on support, carry traders experienced massive losses. (SEE:Understanding the Swiss Central Bank Move and Its Implications for the Rest of 2015: A Guide for Dummies)  Everest had about $830 million in assets at the end of 2014, according to a client report cited by Bloomberg. That is now all gone, The fund is dead.

I expect more hedge fund bodies to float to the surface in coming days.
http://www.economicpolicyjournal.com/2015/01/near-billion-dollar-loss-after-swiss.html
Posted by D ... Breaking The Silence at 15:06