As usual Ascension with Earth is right up to the minute with the Latest Drake intel updates.  Notice the references to the military not liking the orders they're getting from the Whitehouse.  They really didn't like the orders they got last monday- told the man from the strangely shaped office to go pound sand. 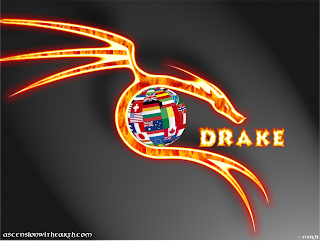 * The RNC will be attacked by Ron Paul's attorneys.
* Watch the Clint Eastwood Speech at the RNC.  Note the empty presidential chair.
* Eastwood's speech indicated that the military has gone "hot".
* Obama issued an executive Order for the troops in Afghanistan to unload their weapons.
General Allen later reversed that order in the field after about 300 deaths.
* There are some who are so ingrained in the system that they will fight to protect it.
* The military has decided that Obama is not what he is supposed to be.
* The Government and TPTB are not going to give up their drug trade.
* The article last month by General Valalai(?) about Obama outing the seals and their
identities was a declaration of war on the White House.
* Obama has been overruled by a General in the field [Allen].
* A caller says Nancy Pelosi was arrested yesterday. Minute_Man confirmed that.
Drake is trying to get the video of the arrest.
* [The bottom line is the military has had enough of Obama and is moving
against him.]
*  9/11 was done to invoke martial law and the Patriot act to take away our rights.
* Obama is the one keeping he Dinar RV from occurring.
* I QUIT TAKING NOTES during the Q&A session, at 2:00 PM.
Notes: http://src-fla.us/index.php/news2e629

Click HERE to read all of Drakes updates in one easy to read running update.