What does the California Drought and Forced Vacination have in Common?

Today I received a message from a friend of mine that pulled a bunch of dots together for me.   Gotta love those dots, hiding right out in the open for us to see!

A mom who is following the SB 277 vax bill in CA told another mom I know that the reason that the bill is inexplicably steamrollering through the CA legislature right now is that the Feds are offering CA some huge drought relief $$$$ if CA passes the vax bill.

The main stream media have been pounding us with "drought in California" stories for a LONG time.  Continuously pushing onto the public the extreme "dire nature" of the drought for farms and cities.   Water rationing is announced for the public.... yet Nestle and Starbucks can continue to pull as much water from the system that they like?  Certain "cash crops" - like almond farms- are also being left out of the rationing equation.  Yet orange farms have been abandoned to die?  Very strange, don't you think?   (my first question:  who owns the almond farms?).  Last night on Transpicuous News I talked about about this, as an article came by that really was an oddball for the site that it appeared on.  The article was about the California drought, but focused on the financial ramifications, the sale of houses as people flee, etc....

Then this message I just received arrived in my skype.....

Forced vaccinations, or you don't get any "drought relief".

For now, I'm searching for more information on this- so far, it's just rumour.... hearsay.   But thta doesn't mean that it's not true.   We've seen this all happen before, and know the lines by heart.

Below is another story that I came across while looking for further info.  Again, an old hat.  They ("THEY") have been perfecting this method of mass sterilisation for decades.   Started off small if far away countries, where the people are very poor and will gladly line up for some free health care..... where communities are cut off from the outside world by lack of basic communications.....

This isn't new.... but it's TIME for people stand up and take notice!!!

A former official with the Philippine government’s population control organization has released an official medical report affirming that Filipina women were injected with sterilizing agents without their knowledge or consent.
Antonio (Sonny) de los Reyes served from 1978 to 1982 in a number of Philipino population control agencies. He was in Toronto recently to attend meetings of a Catholic charismatic prayer group.
Mr. De los Reyes, 52, served as executive director of the Commission on Population, the body coordinating the Philippine government’s population policy. He was forced out after criticizing the government for targeting the poor in its population control efforts.Although reinstated in 1986, De los Reyes refused to go back to his old position and instead devoted his life to speaking out against anti-population schemes. Today, de los Reyes is national president of the Council of Philippine Laity. The council came to international attention when it uncovered evidence of a widespread sterilization program aimed at young Filipina women.
Advertised as a national vaccination effort, the program involved the lacing of anti-tetanus toxoids with a sterilizing chemical known as HCG. Thousands of Filipino women between the ages of 15 and 45 were inoculated by the tainted vaccines. Only through the efforts of Catholic church organizations was the tainted vaccine brought to public attention” 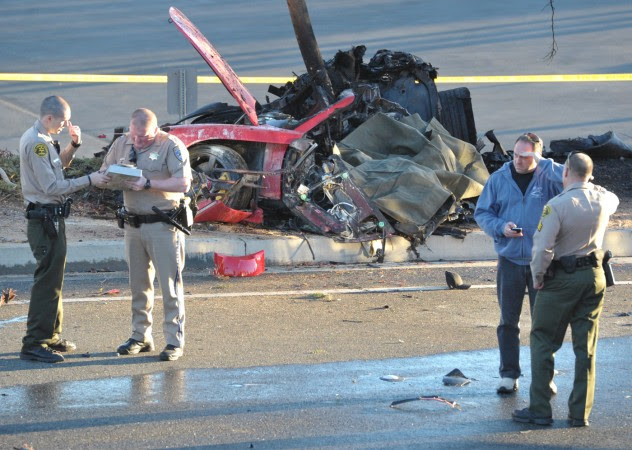 Paul Walker carried out charitable acts and he made a point to do them under the radar. He was the founder of Reach Out Worldwide, a disaster-relief nonprofit. He had first hand information about something huge and as nefarious as all hell. Paul Walker and his friend were killed shortly after they discovered a conspiracy to supply victims of Typhon Haiyan with a prototype permanent birth control drug hidden in the vaccines being distributed as medicinal supplies along with food aid. They had a damning recording and they were on their way to rendezvous with an ally who would have helped them get in touch with the right people. Turns out they were betrayed and someone either rigged the car with the “Boston Brakes”, the car was hit by a drone strike or rigged with a bomb. Flames would typically be expected where the engine is in the rear of the car, but the fire in the front reinforces the theory of a fluid leak. However, officials later said that there was no evidence of a fluid leak.
In 1990 Fr. Anthony Fontegh was murdered in cold blood for allegedly speaking out against similar questionable vaccines on young girls masterminded from abroad. Similar claims were made in 2004 during a Nigerian polio vaccine programme. We know too well that these blatant evils are being sponsored and launched by some Western agents, companies and states that care very little about human life in Africa.
The trouble began in Kenya when the Catholic hierarchy became suspicious of a vaccine targeting women between 14 and 49 years that excluded boys and men. The bishops wondered why the campaign was being done clandestinely and in questionable phases.
Kenyan women were injected with a tetanus vaccine corded with Beta–HCG to cause infertility and miscarriages. The Bishops of Kenya issued a courageous statement exposing this secret sterilization program disguised as a tetanus vaccine.
The Kenya Conference of Catholic Bishops ended up calling upon all Kenyans to avoid the tetanus vaccination campaign laced with Beta-HCG, because they were convinced that it was indeed a disguised population control program. As a result, they were locked in a heated battle with the Kenyan Health Ministry  over the safety of a tetanus vaccine that was being administered to women in the country. Although the government, UNICEF and the World Health Organization have all said that the vaccine is safe, the country’s Catholic leaders say they have proof that the doses given to Kenyan women were”laced” with a fertility-inhibiting hormone.Now fast forward to California present day where most being completely acquiescent to tyrannical edicts that defy logic, question not why Tetanus, although not a communicable disease, still remains a required component of the immunization battery for 7th grade school entry.
It is precisely because the tetanus toxoid is the ideal carrier for beta HCG-the sterilant. We all know what happens to 7th graders before the 8th grade year, it is the onset of sexual maturity. California’s SB 277, forced vaccinations, is merely setting up the framework for clandestine forced sterilization. This has been done before, tested thoroughly and will be implemented unless people wake up and get mad as hell.
Your children are slated for a future that involves medically induced illness as well as having no children of their own. Well that is of course the case unless you simply refuse to go along with this eugenics agenda by simply refusing all vaccines.
The real reason that none of this makes any sense is because there is an agenda, and to those involved, it makes perfect sense. The vaccine inserts clearly state that none of these vaccines have been tested for impairment of fertility, none of them.
“Carcinogenesis, Mutagenesis, Impairment of Fertility”-
Tripedia vaccine has not been evaluated for its carcinogenic or mutagenic potentials or impairment of fertility.
http://www.fda.gov/downloads/BiologicsBloodVaccines/Vaccines/ApprovedProducts/ucm101580.pdf
Tetanus is not a communicable disease. The average 20th century annual morbidity for Tetanus was 580.The average 20th century annual morbidity for smallpox was 29,000. Ironically, The reality is that oral exposure to C. tetani has been found to build resistance to tetanus without carrying the risk of disease. The tetanus toxin, called tetanospasmin, is produced by numerous C. tetani bacterial strains. C. tetaninormally live in animal intestines, notably in horses, without causing tetanus to their intestinal carriers. These bacteria require anaerobic (no oxygen) conditions to be active, whereas in the presence of oxygen they turn into resilient but inactive spores, which do not produce the toxin. It has been recognized that inactive tetanus spores are ubiquitous in the soil. We breathe and eat them. We have natural immunity if we are properly nourished and spend plenty of time outdoors. That is precisely why the annual morbidity figures for tetanus have been so low, that it has no business being a required vaccine.
It has been demonstrated that serum antitoxin has failed to prevent severe tetanus even in the amounts 2,500 times higher than what is considered sufficient for tetanus prevention in adults. TETANUS VACCINATIONS MAKE NO SENSE UNLESS THERE IS ANOTHER REASON FOR THEM.
How did smallpox disappear in the US without the smallpox vaccine remaining in the current schedule? Why do we require a tetanus vaccine which, by the way, is not EVEN A COMMUNICABLE DISEASE for school entry and not a smallpox vaccine? Why do we administer Diptheria, Tetanus and Pertussis at the same time?
Tetanus vaccine is part of the DTap vaccine given to children. Tetanus vaccine is part of the Tdap vaccine given to junior high students. Tetanus vaccine contains the tetanus toxoid. This is extremely important as you will see at the end of the article.
These people are simply not human. They are utilitarian and knowingly or unknowingly serving the eugenicists interests. 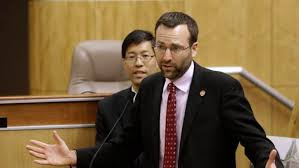 The architects of SB 277  Demonic Dr. Pan and his childless companion Ben Allen
The behavior of our elected representatives with a handful of exceptions, is Orwellian to the core. Invoking The parens patriae doctrine, we have Senate Judiciary testimony taking parental rights down to the mat in a choke hold. This law is clearing hurdles faster that you can keep up with it. SB 277 is on a fast track and your children will be sterilized unless you wake up.
No matter how you feel about vaccinations, the words of CA senator Wieckowski from the SB277 judiciary committee hearing seem surreal and are cause for alarm if you value civil liberties. To quote him talking about various court cases: “The police power of the state..has absolute authority to force that person (even adults) to get the vaccination….We undervalue our power–the state police power. If we believe that children are being harmed, we go into this domain of family rights, which are not absolute, and my question is: maybe we are not going far enough?”
These people are not ignorant, or uninformed. To the contrary, they have pledged an allegiance to a power structure, which is satanic to the core. SB 277 is not about public health. There is no communicable disease public health crisis ladies and gentlemen. SB 277 is about eugenics.
SB 277 is not about big pharma’s balance sheets or medical system’s profit taking although it will be a tremendous boon to the industries.

SB 277 is not about mere political payback for campaign contributions. It is not about doing what is best for the young, the old or the most vulnerable among us.

SB 277 IS ABOUT STERILIZING CHILDREN AND ESTABLISHING PRECEDENT AND SETTING UP THE FRAMEWORK TO INJECT US ALL WITH STERILANTS, CANCER VIRUSES, CHEMICALS, AND HORMONES IN ORDER TO CONTROL AND CULL THE POPULATION.
HERE IS THE TRUTH ABOUT OVERPOPULATION. Census Bureau: 94.6 Percent of U.S. Is Rural Open Space- 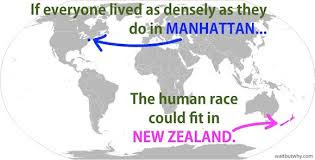 SO WHY ALL THIS TALK ABOUT OVERPOPULATION?
WHY THE PUSH TO CULL US WHEN THERE IS EMPTY LAND FROM HERE TO KINGDOM COME?

-BECAUSE THE MOAT AROUND THE CASTLE DOESN’T WORK WITH 6 BILLION PEOPLE ANYMORE. 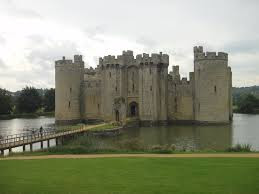 HERE IS THE TRUTH ABOUT SB 277-
IT IS ALL ABOUT FORCED VACCINATIONS AND FORCED STERILIZATION
WHY IS A TETANUS SHOT REQUIRED FOR SCHOOL ENTRY WHEN IT IS NOT A COMMUNICABLE DISEASE? BECAUSE THE TETANUS TOXOID IS ONE OF THE BEST CARRIER COMPOUNDS FOR THE STERILIZING HORMONES! WHY DO THEY REQUIRE PUBESCENT CHILDREN TO RECEIVE THE Tdap SHOT BEFORE ENTERING JUNIOR HIGH? GEE I WONDER. BY THE WAY, PERTUSSIS TOXOID AND DIPTHERIA VACCINE WORK PRETTY WELL AS A CARRIER FOR BETA HCG AS WELL. IT IS NO ACCIDENT THESE THREE ARE ALL TOGETHER IN ONE JAB.

Continue reading HERE
Posted by D ... Breaking The Silence at 15:16