I literally had a jaw dropping *thud* moment when I read this article this morning.  There is so much double talk, programming, and hidden agendas in this, that it really cried out to be taken apart and analysed.  So let's take a read, shall we?

I've changed the original story fonts to Red, and my highlights and comments are in blue, just to make it very clear. 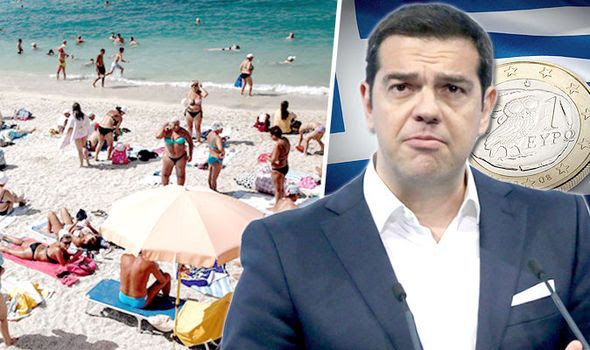 NC
Greece are on the verge of dropping out of the Euro
Whitehall officials and tour operators are ready to bring home up to 110,000 tourists if the cash-strapped country crashes out of the euro.
It would be the largest peacetime evacuation of Britons.

"Whitehall Officials"- meaning British government. To bring home Britons if Greece leaves the Euro -note the use of the word "Crashes"- note the use of the word "evacuation" and "peacetime".
Already Ministers and travel agents are warning travellers to the country to carry cash and credit cards to cover any situation that emerges.
Details emerged as last-ditch talks on Greece’s huge debt continue today, following fears that local banks will run out of money forcing hotels and airports to close.

The local banks have already run out of money several times, and the bankruns have been happening continuously for the past two months.  Airports have not closed, neither have hotels- because in order to MAKE money the country needs to remain open to the incoming flow of tourist. This is Logic that the Greek Government absolutely understands.
NOTE: "they" are driving the fear that the Britons would be kicked out of hotels and have no way home due to closures of airports- both of which are ludicris ideas- hence the need of being "rescued".
A run on the banks could mean no money in cash machines, a shortage of food and problems with medical supplies and treatment, possibly leading to riots.
Again, this isn't new news.  Greece has had a food and medical supplies shortage for over 2 YEARS.  NOTE: "leading to riots"- used to again to instill fear programming.
Yesterday the Foreign Office admitted officials had been in talks with the Association of British Travel Agents to formulate evacuation plans.
A spokesman said: “We hope for the best but contingency plans are in place. These plans cover a wide range of scenarios. We update our travel advice and are liaising with Abta.”

NOTE: the word "admitted", to imply that they didn't want to come out and say this- this is a well used template by the UK Government, to "leak" information that they can then, once it's made public, "admit" to, without having to actually announce it themselves.  Plausable deniability.

NOTE: use of the statement "wide range of scenarios"-  planting the idea that there could be other factors that they are NOT telling the public about- again, fear programming. 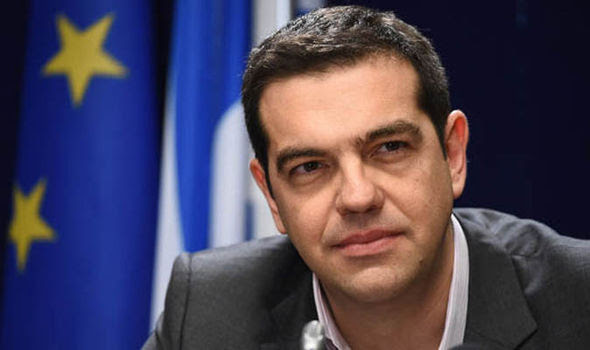 Around two million Britons fly to Greece every year and there are currently around 110,000 staying on the mainland or its islands.
Tour operators say that customers are already arming themselves with “large amounts of cash”.

NOTE: use of the word "Arming"- deliberate programing of violence/fear
The Foreign Office advises visitors to take “enough money to cover emergencies and any unexpected delays” and avoid relying on bank cards or cash machines.

NOTE: stresses the need for "cash", yet first paragraph of article states "credit cards" as well, which, by their own allusions of bank machine failures, makes no sense.

'It's time to hold physical cash,' says one of Britain's most senior fund managers" It may be time to money under the mattress. High profile fund managers explain how to prepare for a 'systemic event'

My comments on this during a skype discussion:  "Beware the disinfo.... note that he's giving a time of "5 years"..... bullshit- fund investors don't tell people to take money out of the bank to keep it safe, if the crash is 5 years away.   They WANT your money TO invest...... if they're saying keep cash out of the banks, then you know it's MUCH closer than "5 years" from now"
Yet another example of the Media suddenly pushing the public to have CASH on hand.

Last night Abta urged travellers to carry cash and take out insurance to cover costs incurred by flight cancellations
Ahhhhh... we get to the meat of this finally!

NOTE: use of the word "Insurance"- this is a financial scam.  Asking the public to take out an Insurance policy is like asking for permission to make money off of them.  "Insurance" is one of the highest levels of "Money making schemes" ever.  Please note the amount of times this article mentions "insurance".

... and why would you need insurance to cover "flight cancellations", when the article has already stated that the reason Britons may have to be "rescued" or "evacuated" is due to the closure of Airports if Greece crashes out of the Euro.  How would having "Insurance" help if the Airports are closed?  And why would a british tourist in Greece need "insurance" to "cover costs incurred by flight cancellations", if the British Government already has "rescue" and "evacuation"  contingency plans in place- to "cover a wide range of scenarios"?
“Any changes would be highly unlikely to happen overnight, any switch to a new currency would take time and euros would likely be accepted in the interim,” it said.
“Holidaymakers heading out to Greece are advised to take some cash in euros as well as other payment methods so that they are covered for all situations.”
Wait a Minute!  Why would Britons visiting Greece need to bring Euros just in case, when the paragraph above is alluding to the fact that perhaps Euros may not be accepted in the interim- stressing the use of the word "Likely", meaning that it's not for certain.  If Greece were to suddenly drop out of the EURO and suddenly start using Drachmas again..... then people visiting Greece from other countries would just exchange their foreign currency into Drachmas, instead of the Euros they currently are using in the country. ..... Unless there is a reason that they would NOT be able to exchange their Pounds Sterling into Drachmas.......?

Abta “do not anticipate” tour operators having to move customers to different destinations. 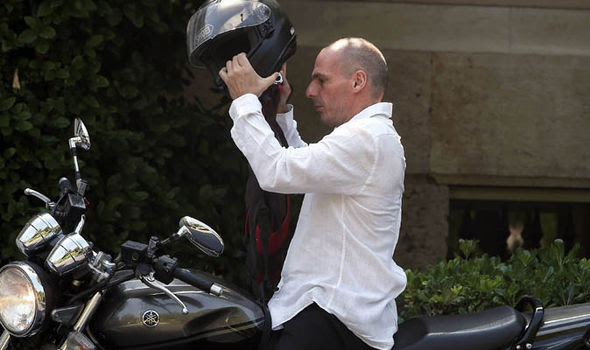 INTIME/ATHENA
High-powered talks: Yanis Varoufakis in Athens yesterday
“At present we have no indication that holidaymakers will be disrupted however, as with all destination matters, we will continue to monitor the situation. This is an unusual situation but the industry is experienced in handling unusual situations,” it added.
Thomson and First Choice have said they expect “no impact” on holidaymakers if Greece leaves the euro.
Thomas Cook said it expected the likely devaluation of the Greek currency “could make the country an even more attractive destination.”
Greece’s economic woes have already affected island airports.
Night flights in and out of Lesbos were stopped after its airport ran out of money to maintain electronic landing systems.
At least three other popular tourist destinations – Kos, Skiathos and Santorini – face similar problems.
The islands’ vital tourism industry has also been hit by asylum seekers arriving by boat from Turkey.
This is because the media has been playing up the fear porn aspect of these Asylum seekers coming to greece.

Customers searching for flights to Greece plummeted last week, down 53 per cent on the same week last year.
Again, the media have been pumping out the fear porn about "safety" "security" "economic crashes" "riots" etc... continually pushing the public away from Greece.  So Now Greece is experiencing a drop in tourist numbers (their prime source of income for the country).  A self perpetuating crisis isnt' it?
Sunvil has slashed up to 50 per cent off hundreds of holidays, and Thomson has cut prices by up to 30 per cent.
Today Greece’s Left-wing government is holding eleventh-hour bail out talks with its creditors over its expected £1.1billion debt default on June 30.
Finance minister Yanis Varoufakis said the EU faced a “stark choice” on whether to strike a deal to save Greece from bankruptcy.
On Friday George Osborne said Britain must “now be prepared for the worst”.

Ahhhhh again:  Here is the reason for this entire article:  Blame Greece.  Yep, all of Britains Financial failures and faults are all because of Greece.  Nice pass the buck, eh?

There is a MAJOR Agenda at play here my friends.  Could it be that the UK is preparing to take action against Greece, if they side up officially with Russia?

Remember:  Pay Attention,  Be Prepared, and Keep your Eyes on the Ball!!
http://www.express.co.uk/news/world/586017/Tourists-warned-Greece-euro-exit