Vatican's New "Earth Constitution" and Planetary Court..... Where have I heard that before?

I had just finished the Live stream of The Roundtable Discussion last night.... just sat down to relax at 1:30 am for the first time yesterday, when this appeared in my news feed.

THIS is MAJOR MAJOR news.

You all know my view of Coincidence- ie: it doesn't exist.

THIS is NOT "Coincidence".  Given all of the information we've been discussing on TN last week and the Roundtable last night, and the Data Dump I just published this morning....  No.... this is NOT Coincidental.  Ignore the words "Climate change" and focus on what is being said under the cover of the "Global Warming" lies.  These articles are LOADED with buzz words and very much outline exactly what we've been talking about for the past week, eh?  A New "Earth Constitution"?  Where have we heard that before? hmmmmmm  I do remember reading the acronym "NWO" somewhere... but the words were Natural World Order.   But does it really matter?

my highlights in blue as usual. 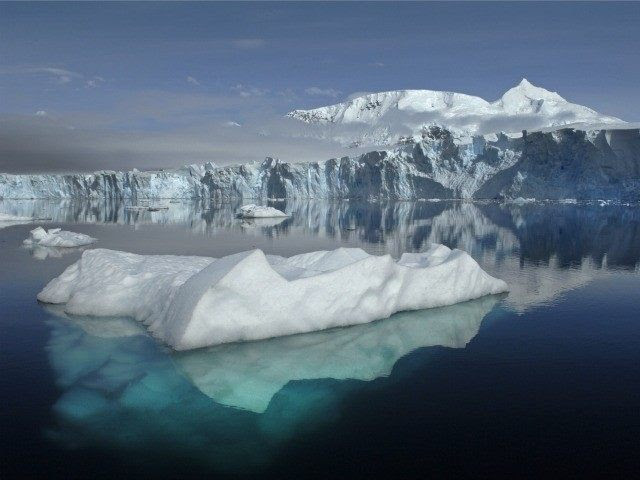 One of the speakers slated for the Vatican rollout of the long-awaited Papal document on climate change once said the earth is overpopulated by at least 6 billion people.

The teaching document, called an encyclical, is scheduled for release on June 18 at Vatican City. Perhaps with the exception of the 1968 encyclical on contraception, no Vatican document has been greeted with such anticipation.
The political left is hoping for a document that ties belief in global warming to a religious obligation. Climate skeptics have already started criticizing the document.
The choice of Professor John Schnellnhuber, founding director of the Postdam Institute for Climate Impact Research, as one of three presenters may be giving the left added hope and giving giving skeptics severe heartburn. He has been described as one of the more aggressive scientists on the question of man-made global warming.
In a talk given to what’s described as the “failed” 2009 Copenhagen climate conference,reported in the New York Times, Schnellnhuber, who has advised German President Angela Merkel and is a visiting professor at Oxford, said of global warming: “In a very cynical way, it’s a triumph for science because at last we have stabilized something –- namely the estimates for the carrying capacity of the planet, namely below 1 billion people.”
Schnellnhuber is also author of what’s called the “two-degree target” that says governments must not allow the temperature to rise more than 2 degrees higher than at the start of the industrial revolution. Any higher, the theory holds, and much life on earth would either perish or be gravely harmed.
To deal with climate issues, he has also called for an “Earth Constitution that would transcend the UN Charter” along with the creation of a “Global Council…elected by all the people on Earth” and a “Planetary Court..a transnational legal body open to appeals from everybody, especially with respect to violations of the Earth Constitution.”
http://www.breitbart.com/big-government/2015/06/12/vatican-speaker-on-climate-thinks-there-are-6-billion-too-many-of-us/
en·cyc·li·cal
inˈsiklək(ə)l,enˈsiklək(ə)l/
noun
adjective

CNN)Days before it was to be published to great fanfare, a leaked draft of Pope Francis' eagerly awaited letter on the environment was published Monday by an Italian magazine.

L'Espresso published the 192-page document in Italian online. A Vatican embargo on the letter, called an encyclical, was set to lift at 6 a.m. ET on Thursday.

In a statement, the Vatican said that the leaked document is only a draft and the rules of the embargo remain in place.

"We ask journalists to respect professional standards, which call for the official publication of the final text," the Vatican said.

Derived from the Greek word for "circle," a papal encyclical is a letter from the pope to Catholic clergy and laypeople around the world. Often, the letters clarify Catholic doctrine, reiterate points of dogma and address contemporary issues through the light of church teachings.

Pope Francis, though, has said he hopes his letter will reach a wider audience, including world leaders meeting for several key environmental summits this year.

The upcoming encyclical will be the first to focus exclusively on creation care, the Christian idea that God gave humans the Earth to cultivate, not conquer. It's also the first entirely written by Francis.

In a nod to his namesake, St. Francis, the Pope has titled his upcoming encyclical "Laudato Si." The archaic Italian phrase, which means "Be praised," is borrowed from the patron saint of ecology's 13th-century song, "Canticle of the Sun."

Months before its publication, the encyclical has drawn criticism from conservatives and climate change skeptics, who urged the Pope not to put his moral weight behind such a controversial cause.

From the first days of his papacy, Francis has preached about the importance of the environment, not only as a scientific concern but also a moral one. In his first homily as pontiff, Francis called six times during the short sermon for humans to protect creation.

Vatican advisers have said "Laudato Si" will not be a white paper delving deeply into policy prescriptions. But neither is Francis likely to ignore the opinion of most scientists about how human activities contribute to climate change.


Vatican speaker and California Governor in push for massive depopulation... talk of 'Planetary Court' and removal of 6 billion people under new 'Earth Constitution' and 'World Government'

(NaturalNews) The depopulationists are on the move again, pushing hard for the elimination of six billion people on planet Earth in order to bring the planet down to what's being touted as its "sustainable carrying capacity of one billion people."But this time, the depopulation agenda may be codified by the Vatican. Professor John Schellnhuber has been chosen as a speaker for the Vatican's rolling out of a Papal document on climate change. He's the professor who previously said the planet is overpopulated by at least six billion people. Now, the Vatican is giving him a platform which many expect will result in an official Church declaration in support of radical depopulation in the name of "climate science.""The teaching document, called an encyclical, is scheduled for release on June 18 at Vatican City," reports Breitbart.com. "Perhaps with the exception of the 1968 encyclical on contraception, no Vatican document has been greeted with such anticipation."

A new Planetary Court to hold power over all nations... one ring to rule them all

Schellnhuber daydreams about a "Planetary Court" guided by a new "Earth Constitution" which would hold power over every nation and government on the planet. As he explains himself in this document on HumansAndNature.org, he's a proponent of an all-powerful, climate-focused world government that would rule over the planet... a literal "science dictatorship" based on whatever "science" the climate change proponents can fudge together each year.

Let me conclude this short contribution with a daydream about those key institutions that could bring about a sophisticated -- and therefore more appropriate -- version of the conventional "world government" notion. Global democracy might be organized around three core activities, namely (i) an Earth Constitution; (ii) a Global Council; and (iii) a Planetary Court. I cannot discuss these institutions in any detail here, but I would like to indicate at least that:

- the Earth Constitution would transcend the UN Charter and identify those first principles guiding humanity in its quest for freedom, dignity, security and sustainability;

- the Global Council would be an assembly of individuals elected directly by all people on Earth, where eligibility should be not constrained by geographical, religious, or cultural quotas; and

- the Planetary Court would be a transnational legal body open to appeals from everybody, especially with respect to violations of the Earth Constitution.

Schellnhunber, in other words, believes a new world government can create "freedom" for humanity by dictating to it with a new Planetary Court guided by an Earth Constitution which will no doubt begin by declaring the planet can only sustain one billion people. The other six billion or so simply have to go. So instead of a Bill of Rights, this new Earth Constitution will be founded on a Bill of Deaths and a global government that might order the extermination of billions of human beings in order to "save the climate."

"In an unprecedented encyclical on the subject of the environment, the pontiff is expected to argue that humanity’s exploitation of the planet’s resources has crossed the Earth’s natural boundaries," reports The Guardian. "...[T]he world faces ruin without a revolution in hearts and minds."

The Guardian goes on to report:

The pope is "aiming at a change of heart. What will save us is not technology or science. What will save us is the ethical transformation of our society," said Carmelite Father Eduardo Agosta Scarel, a climate scientist who teaches at the Pontifical Catholic University of Argentina in Buenos Aires.