Canada's $650 trillion Indian Trust Fund: Are the Funds still There?

This is an older article- from February 2014, BUT..... thsi information is VERY relevant right now.   I

While I cannot verify some of the information in this Sputnik "Voice of Russia" radio show, the basic facts are extremely important and valid:

*The government of Canada IS a Corporation

*The United Nations was created by the Bankers in the City of London.

*The "Indian Trust Funds" DO exist- yet I have no confirmation of the amount of money IN those "Trusts".


Is it the thefts of these funds that has been keeping this collapsing financial system afloat?  This article published on June first (pic below) makes an interesting statement that needs further investigation:


"“Here it’s an actual government entity that states policy from the French government that says U.S. tribes do not exist legally speaking, so they cannot appear before us,” Ciric said."


WAIT A SECOND!!!  Is this an admittance that the Tribes of First Nations in North America do not exist "legally speaking" because they are NOT corporate entities?  IE:  not under the corporate dead structure that the rest of the public is put under?   If this is a fact, then the Treatis Trust Funds may actually be something that is vastly different than the usual type Trusts.

..... this is something that I will need help on investigating as my knowledge of "Trusts" is limited.  Feel free to jump in here if you have any information that may help us discover exactly what this may mean. 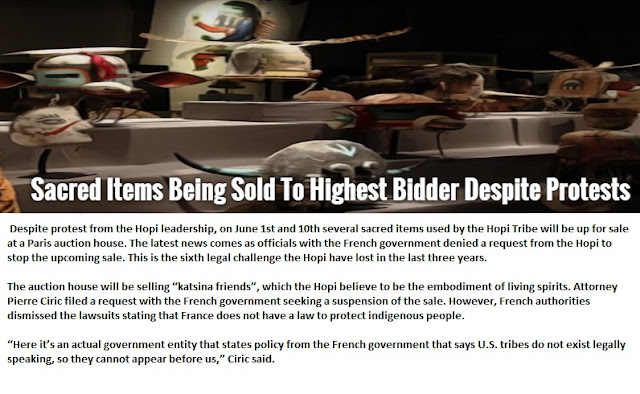 It is an already centuries old conspiracy of exploitation and theft beginning with the Catholic Church's Doctrine of Discovery that allowed Europeans to commit genocide against the indigenous peoples of the Americas and steal their lands and resources as long as the Church received a share of the spoils.