Transpicuous News Midweek Report, Mar 25, 2015: What do Falling planes and CERN have in common?

Good morning everyone!   Here is the video archive of the Transpicuous News Midweek Report for Wednesday March 25, 2015.

I isolated part of the Midweek report to put out a separate video on the Germanwings Plane crash in the French Alps and the CERN Equation.  You can see that video here:

I am currently following several major pieces of news around the world- from the War in Yemen that started in the middle of the night Wednesday night, when Saudi Arabia invaded Yemen airspace and created a coalition to bomb the snot out of the purported "Houthi" Rebels in Yemen.  To the new "Information" about the Germanwings co-pilot scenario that they have created to distract the public.  To rumblings in the financial underworld.   Tomorrow nights Transpicuous News Report will be a very interesting show as I am getting ready to really tear the lid off of all the bullshit that is going around the media.

Be sure to tune in to TN tomorrow night at 9pm GMT, LIVE Stream on CCN:

Or you can watch the show right here on RTS. 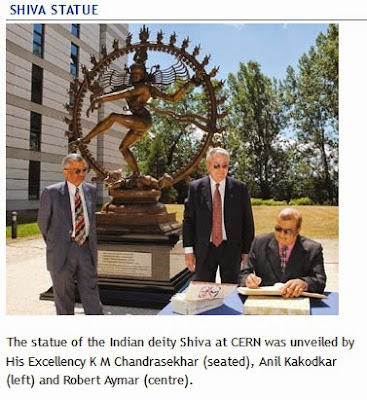 
Germanwings Airbus A320 plane crash: Eyewitnesses recall seeing the aircraft skim the mountain tops before it came down
"At 11.30, I heard a series of loud noises in the air. There are often fighter jets flying over, so I thought it sounded just like that. I looked outside, but I couldn't see any fighter planes," he told The Associated Press in a phone interview. "The noise I heard was long - like 8 seconds - as if the plane was going more slowly than a military plane. There was another long noise after about 30 seconds."

A woman living in Verlet three kilometres from the crash said: “I heard a dull noise, like an avalanche starting or like the explosions they use to force avalanches. Then several fighter planes flew over the village, probably looking for the wreckage.”

“Around mid-day I started to see smoke rising…Some village people climbed up to the Mariaud pass and they could see the  wreckage from there.”
...French aviation officials denied earlier reports that the stricken aircraft had sent out a “mayday” signal. They said that it was French air traffic control which issued the distress signal when the plane disappeared from radar screens.
http://www.independent.co.uk/news/world/europe/germanwings-airbus-a320-plane-crash-eyewitnesses-recall-seeing-the-aircraft-skim-the-mountain-tops-it-came-down-10130457.html


Early reports said the pilots issued a Mayday signal and requested an emergency descent after reaching 38,000ft
But sources later denied air traffic controllers received any such call, saying it was them that declared emergency

German media reports say there is a wide field of debris visible.
Pierre Polizzi, the owner of a nearby camping site told Al Jazeera: 'The plane crashed just 2km from here, high on a mountain.
'There was loud noise and then suddenly nothing. At first I thought it came from fighter jets that often hold drills in the area.'
Lucille Polizzi, 18, said: 'We were outside and then suddenly we heard this big noise.
'I thought it was an earthquake. We have earthquakes fairly frequently here, just small ones. I wasn’t afraid. My father thought it was a fighter jet but we couldn’t see any.
'The noise lasted probably seven or eight seconds. Then it stopped. There was nothing for maybe 15 to 30 seconds. Then a second noise.
'The same as the first noise and it lasted about the same time. I wondered then if it was perhaps an avalanche.'
One eyewitness in the village of Le Vernet, where some wreckage has been sighted, told Le Parisien newspaper: 'This morning I heard a massive thud and soon after saw several jets fly over.
'The initial sound was like an avalanche or like the sound of the dynamite they use to cause an avalanche.

Airbus A320 crashes in French Alps with 148 people on board: latest
http://www.telegraph.co.uk/news/worldnews/europe/france/11491587/Airbus-A320-crashes-in-French-Alps-with-148-people-on-board-live.html

Czechs told not to throw tomatoes, eggs at US military convoy
http://rt.com/news/243221-czech-us-convoy-tomatoes-warnings/

Austria wants to be part of China-led infrastructure bank
http://rt.com/business/243753-austria-china-infrastructure-bank/