Thank you Justin for republishing this article below.  We have to keep the pressure on!  THIS is the moment when the alternative media can shine a blazing light on the Paedophilia crimes that are rampant through all aspects of Governments, Judicial systems, Religious Organizations, Schools, and Child Welfare Organizations.

It is up to us to keep publishing these articles and to keep pushing the envelope forward into the public's eye.

More disclosure has been coming out recently about the rampant dishonor and depravity of elected "officials." According to several insiders within the Satanic Cabal Power structure, this is by design, as these puppets are easier to control when they can be blackmailed into compliance.

While this can be a disturbing aspect of our reality, it is empowering to know that the power structure works by compelling an individual to acknowledge their own self loathing, and avoid changing to do what is right; honoring Natural Law and personal sovereignty. These systems continue to operate due to pervasive passivity within humanity, hence knowledge leading to power, once acted upon. We who are awakening to these universal laws, would do well not to fall into a revenge mentality, forgiveness is needed, but not complacency. Spreading awareness and ending the cycle of violence is key.

See these posts for more on this: The Hidden History of the Incredibly Evil Khazarian Mafia, George Bush Pedophile Sex Ring and Blackmail of Congress, Are You A Satanist? You Could Be and Don't Even Know It | Ask Ex-Satanist Anything. 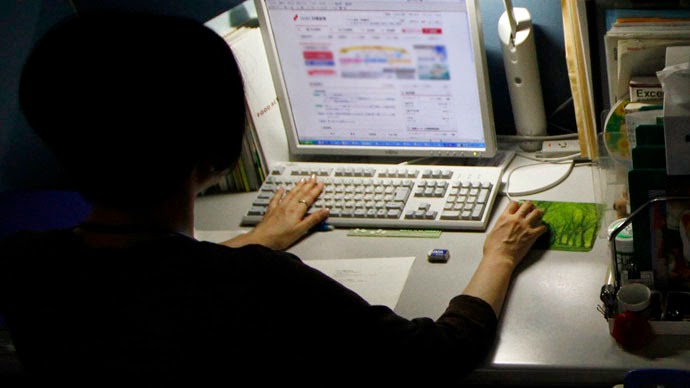 
In January, the former acting director of cyber security for the US Department of Health and Human Services was sentenced to 25 years in prison after a child pornography conviction. Timothy DeFoggi, 56, engaged in a child exploitation enterprise tied to a secret online website where sexually explicit images of children were shared among members.
Read more

A now former police officer who has been working as a federal officer assigned to the Cutler Naval Facility, in Calais, Maine was just arrested on child pornography charges.
The Maine State Police say that former Officer Roy Wise, 49, was caught in the crosshairs of the Maine State Police Computer Crimes Unit. Department of Public Safety spokesman Stephen McCausland said that the computer crimes unit was told to investigate Wise by the Naval Criminal Investigative Service.

The NCIS was nearly certain that he had been viewing child pornography on his work computer. Once the MSPCCU investigated him, it didn’t take long for these suspicions to be confirmed.
They also found similar images on Wise’s personal computer, according to McCausland.
After being taken into custody, the former cop was charged with possession of sexually explicit material of someone under age 12.
McCausland said that Wise is currently in the Washington County Jail. We will keep you posted on this story as more information about his trial is released.
(Article by Jackson Marciana)