I woke up this morning to a message that the US Military have called snap drills on the East Coast of America, that MAY interfer with air traffic...... yea....... no, nothing to see here.  Move along.

Last night, reports of Chinese Navy off the Shore of Alaska, exactly when Obama is making the first Presidential visit to the Arctic ever......

Putin is in Beijing, for the WWII Parade, and meeting with various world leaders at the same time...

Chinese and Russian Navy's and Military's are working together in extensive exercises and drills.... in the Sea of Japan, AND the Arctic......

Keep your eyes open people... shit is getting real.

By Stefan Stanford - All News Pipeline - Live Free Or Die
With the Pentagon recently warning that 5 Chinese war ships were seen off of the coast of Alaska, we take a look at an alarming story from AINonline that tells us on very late notice from the Department of Defense, ADS-B Surveillance and TCAS operations over Virginia, North and South Carolina, Georgia and Florida might become 'unreliable' as of 1 a.m. September 2nd.
The National Airspace System has told the FAA that they need much more notice for such military exercises that we learn here will go on until October 1st and will cover up to 200 miles off of the East coast. As the 1st two videos below from Spiro and Professor Doom1tell us, this new information should be a major alert for the entire East coast and anyone at all who is paying attention.
Why would the US military suddenly need to run such exercises off of the East coast of America and on such very short notice? Does this have anything to do with the 1st time ever China war ships seen off of the coast of Alaska? Is all of this tied to the mysterious explosions that we have recently seen in China and the escalating hostile rhetoric, cyberattacks and financial warfare between the two nations? Following the 1st two videos below we take a look at recent reports of Chinese warships seen off the coast of Alaska as well as a video examining what appears to be World War 3 unfolding before our very eyes.

Why should we be so concerned about these last minute military drills that will shut down the eyes and ears of much of the East Coast in September? As Professor Doom points out, with everything else that has been going on in recently including wellness checks in South Carolina, countless military drills coming out of Fort Bragg, North Carolina and nuclear apocalypse drills in Florida, do they know that something bad is about to occur? You can check out the FAA's announcement of these exercises here.
With Russian spy ships recently reported to be operating off of the East Coast while they've also been conducting long-range bomber exercises near US shores and off of the Gulf of Mexico, are we about to witness a major escalation of hostilities towards the US by China, Russia or other hostile entities such as North Korea? As our videographers point out, there is something very strange about these 'drills'.
In the 4th video below fromTruthNeverTold , we hear that Henry Kissinger predicted World War 3 with China. Are all of these recent developments more signs that Kissinger's warning is about to come true? Why would the US military broadcast these outages to the world over the next month, possibly giving our enemies an opportunity to take advantage of this situation to do us harm? Coming during the last 2 weeks of Jade Helm 15 and lasting until two weeks after the exercises are supposed to wrap up, the timing of all of this is crucial we can see.

ADS-B surveillance and some TCAS operations in the airspace over Virginia, North and South Carolina, Georgia and Florida might become unreliable as of September 2 at 1 a.m.EDT, according to a Notam the FAA issued on September 1. The outages are due to events the agency labeled as “late notice from the Department of Defense of military exercises.”NBAA “voiced its concern to the FAA that these sort of significant impact tests need much more notice to operators in the National Airspace System.”
The outages are scheduled to last until midnight October 1. In addition to the areas of concern noted in domestic airspace, the FAA said the outages might well extend up to 200-nm offshore.
The agency said one outage symptom could be the tracks of nearby aircraft first appearing close to the primary aircraft that immediately switch to a traffic alert/resolution alert status onTCAS. Pilots should maintain a heightened watch on the airspace around them and report any incidents of nearby aircraft they believe should have generated alerts, but did not. The relevant Notam numbers are 5/2817, 5/2818, 5/2819, 5/2820 and 5/2834.
http://www.ainonline.com/aviation-news/aerospace/2015-09-01/tcas-ads-b-unreliable-east-coast-during-september

I also found some very interesting information on this forum, which is open for public reading:

Follow the above information, with this information that was released in the main stream media yesterday:

Five Chinese navy ships have sailed off the coast of Alaska in the Bering Sea, as Barack Obama made the first visit by a sitting US president to the Arctic.
The US confirmed that the vessels were sailing through international waters near Alaska, in the latest example of the growing reach of the Chinese navy

Taking place as Beijing staged a high-profile military parade on Thursday, and ahead of a visit to Washington by China’s President Xi Jinping later this month, the unprecedented demonstration of naval reach is a further reminder of China’s rising global assertiveness. 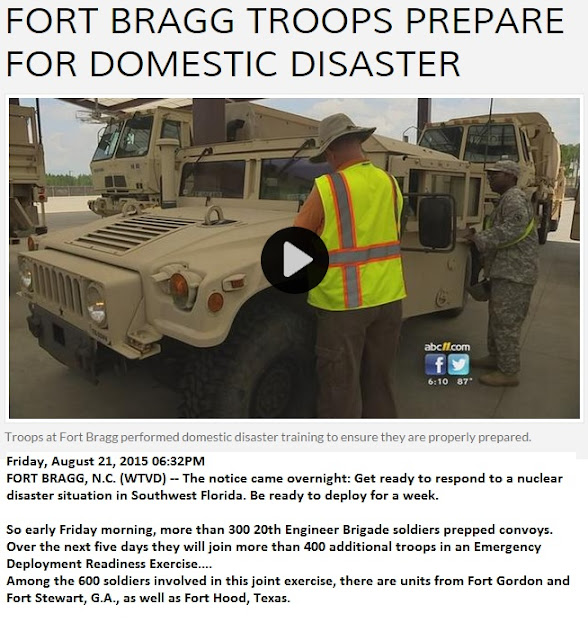