Through the Looking Glass of Transparency

1
a (1) : having the property of transmitting light without appreciable scattering so that bodies lying beyond are seen clearly : pellucid (2) : allowing the passage of a specified form of radiation (as X-rays or ultraviolet light) b : fine or sheer enough to be seen through : diaphanous
2
a : free from pretense or deceit : frank b : easily detected or seen through : obvious c : readily understood d : characterized by visibility or accessibility of information especially concerning business practices


More and more information is coming to light daily and the transparency is becoming very..... clear.  "Transparency" has been on my mind for a while now, so today I'm going to try to put my opinion and what resonates with me onto the computer screen for you to read.

Although there are many people brandishing the "Nothing will Happen" placard, you seriously have to be dead from the neck up to not see that we are at the very end of this mess.... I mean, experiment.

News stories- even in the main stream media- are breaking daily showing what really IS.  Whole governments are resigning, corruption and fraud charges are being handed out left right and center, Cardinals getting arrested for having priceless stolen artwork, CEOs/Directors/Presidents of major banks not just resigning but running and hiding, whistleblowers coming out of the woodwork, MSM coverage of Vatican pedophile crimes..... the list goes on and on.

Right now everything is becoming very very transparent. Exactly as it's has to be. In my opinion it's all about the contrast- as I've said many times before: In order to really see the light, you have to have darkness. In order to truly appreciate freedom, you first must experience the prison of slavery.  At no other time in history has it been darker nor more prison-like than at this moment.....

Yet the surface is only tissue paper thin now, brittle and fragile from exposure to the elements.  Underneath that dark decaying veneer there is so much light pulsing and gleaming through the cracks that the frail crumbling surface is literally vibrating with the tension of the radiant glow that is pushing through.  Transparency is part of that light.

The transparency isn't just coming from the main stream media and the alternative media outlets.  It is making it's appearance even in the lightworker and "new age" and galactic communities too.

While the perceived good guys and galactics and self-acclaimed ascended masters try to push their "Divine" agenda, it is falling to pieces faster than they can put it back together.  The Peoples tools of resonance are so highly tuned in this moment of now, that people are reading these messages and they are seeing them for what they are.

I've tried to stay away from pointing fingers and the debates of who's right and who's wrong in the various online communities.... but this past two weeks has pushed me to the limit and I feel the need to discuss these glaring pieces of Transparency.  Examples of what I call transparency breaking it's way through the crap and making itself known, regardless of whether the groups or beings making these announcements want it to or not.

Today, SWISSINDO put out yet another announcement/order. I read it and my jaw dropped almost to my lap. I have been sorta following the drama of SWISSINDO, but only from the perspective of being in the audience as nothing about it or their various orders have really resonated with me. Hearing what I've been told by those who've been working with the various delegates and so called spokespersons, I've slid farther and farther away from the drama as it became very apparent to me that everything they were professing to try to do was just a continuation of cabal activities- same girl, different party dress.  It drives me nuts when people can't SEE what's going on in front of them.... but this time, the documents are so transparent that even the most die hard SWISSINDO fans are raising an eyebrow and saying "Huh?".... I'll highlight a few of the transparencies... just in case they don't slap you in the face right away.... 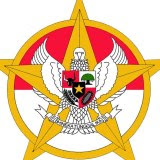 BIG TOP ROYAL,K.681 KING OF KING’S M-1
THE GREATES PRESIDENT OF THE UNITED NATION ORGANIZATION And
SECRETARY GENERAL OF THE UNITED NATIONS
JULY 15, 2013HIS EXCELLENCY, Owner Global Partnership and Trust Fund Operations
Concessional Finance and Global Partnerships Treaty Event UN-RI 2013/2014
I AM, As NEO-New Exellency Owner, compresses owner, grant, collateral, board of governors (BOGs), board of directors (BODs), corporate and institutions completed Top 300 Organization-IPO Investment and Country Investment. I, as the authorized depository for more 500 holder SEC-BA1 (Official 1, Exhibit A) (9/97), Internal Protocol No. 301 for permanent mission and vission of the United Nations Development Treaty Event UN-SWISSINDO MULTINATIONAL. The 2013 after Treaty Event will be held from 24 to 26 September and from 30 September to 1 October 2013 at the
United Nations Headquarters in New York.
I AM, has appreciate your Letter Headquarters, and committed to protect the peoples, corporate and institutions (http://treaties.un.org/doc/source/events/2013/SG/SG-letter_english.pdf) and will be given CERTIFY OF CASH through Payment 1-11 for use and or to make International Transaction to all UN-members, ICSID-members, Top 300 Organization. The 2013 Treaty Event will be held from 24 to 26 February and from 29 February to 1March 2013 at the United Nations Headquarters New York, U.S.A in to Neo The United Kingdom of God Sky Earth in INDONESIA.
This is NOT debat, because its all full responsibilities from UBS-UNPRI, UN-Principle For Responsible Investment and automated amandement INFINITE BANK STATEMENTS issued final report by Supervision The Committee of 300-The World Bank Group, Audited Account Data Sheets, date March 30, 2012, since final report Certification ASBLP-0333902-2010.
If you wish to join me at the 2013 Treaty Event, kindly inform me by 6 September 2013 to December 12, 2013 of your intention to sign your funds, ratify or accede to any of the treaties of which I am, as Authority Mandate Master Account Record Design UBS A.G, A Master Account Agreement Federal Reserve and Federal Reserve Bank New York, U.S.A which I AM, Indonesia SID-Single Investor Depositor, the history registered world program and the history banking system and I, the depositary, so that the necessary arrangements can be made under Patent Licensee Swissindo Agreement for treaties international transaction and treaties international trading with ID-History by Micro Film Certificate Code 99.98 Series 1-4 Asset-Income-Personal, 1 of 1 in all locations.
This is Testamentary Disposition International under Universal Declaration of Human Right (UN-1948), Together DECLARATION OF TRANSACTION Answered and A Worldly Challenge, International Transaction World Bank Institution which conjunction Exhibit A. GOLD Certificate UBS-Instruction and Exhibit B. OBLIGATION Certificate UBS-Mortgage Statement and Total Collateral Super Majority with Volume 74.760.920.184 KGs. DEPOSIT CONTROL STATEMENT INVEST DEPOSIT by Neo Consortium Internationality SWISSINDO WORLD TRUST INTERNATIONAL ORBIT, I.H.O-International handle Organization N.O.S 459.
I or We, full responsibility one on part THE CORPS DIPLOMATIC COMMUNITY COMMERCIAL and we welcome on Earth together We God of Trust and this is Join Publication 3-36 Excellency on Execution of the Multinational in Operation Code Alfa Omega FM-001-777, Albisrieder AC.USD.P.1568-1120 Bank Officer Switzerland in Indonesia, S.B.C. SWIFT 80A OCHZZ, Zurich.
Your Global Funds has been prepared To Pay To The PAYMENT 1-11 by COMMERZBANK-FRANKFURT, GERMANY and in Indonesia under responsible the Six (6) Prime Banks (BCA, BNI, BRI, DANAMON, MANDIRI, LIPPO BANK GROUP/CIMB-NIAGA). To UNO-Security Council has been prepared to 1.200.000 personils with Compensation of US$. 1,200,000.- to protect the peoples of Indonesia and BULLION BIG BANK RATU MAS KENCANA ROOM A1-1A.
Your Country will have Cash Funds with Amount US$. 138,990,000,000,000.-, and your peoples will have Cash Funds with Amount US$. 6,000,000.-, automed for use per-month of US$. 600,- “or” US$. 1,200.- and call HUMAN OBLIGATION as guarantee Get For Life Cool Calm Confidence on Earth from We God of Trust.
Please accept, Excellency, the assurances of my highest consideration.
BIG TOP ROYAL, K.681 KING OF KING’S M-1
H.M. SINO.AS Soegihartonotonegoro
SECRETARY GENERAL OF THE UNITED NATIONS

I've used SWISSINDO as a big example here, but they are only one tiny part in the massive amount of transparency that is highlighting itself to BEings everywhere.  I have people sending me channeled messages all the time and I've been watching them coalesce into an almost singular message of the "Divine" plan.  Which some might say is wonderful.... but the "Divine" plan is not the Absolute or Eternal Plan.  Far from it in fact..... and I LOVE that people are starting to see that and ask questions and discuss the dissonance. The Separation that lives and breathes behind the "Oness" rhetoric.

...So where does all this Hierarchy come into play?  Who is who's master?  Who states that some other INbodyment has the Right to rule over ME? Who decided to give another INbodyment the Right to MY Value?  When all are EQUAL, then why are some higher and some lower?  Why do some INbodyments have more value than others and who  decides that?

When the perceived good guys tell us that the new financial system is coming and that the whole world is about to undergo massive changes to make everything wonderful.... and yet in the next sentence they talk about mortgages, debts, payouts to cabal members, continuing banking practices of dubious nature, political and social separation.....  Even though it is publicly known that all mortgages are fraud and  debt is non-existent? Where is the change? Where is the TRANSPARENCY?

.....The Transparency is in the fact that they are making all these things.... transparent. Even when they are trying to push their own agenda, they are doing so in a way that makes that agenda very clear and exposed.

Transparency is making their choices visible.

Eternal Essence is insuring that everything is being made very transparent.

How do these things resonate with you?  When you read these articles and comments and channelings how do you feel?  Do you immediately have questions?  Do you find yourself sitting there with one eye brow raised?

Read it slowly, sentence by sentence.  Can you see the transparency of what they are telling you?

This is my point:

... never mind all the brainwashing you've been subjected to your whole life... HOW DOES IT MAKE YOU FEEL?

Now, when you go inside and listen to your inner voice,  listen with your heart and your inspiration..... Listen with your Tools of Resonance.....How does that make you feel?

Your heart will never lead you wrong my friends.

Transparency is everything being revealed for what it is. All you need to do is take note of it. 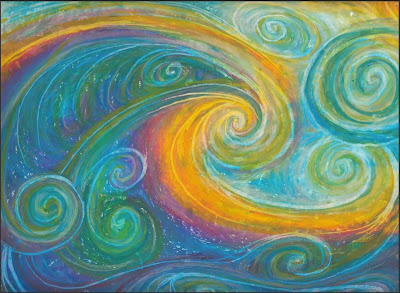