Revised: Kiri's Big Stand in Court -- This is What Standing Your Ground Looks Like


I haven't had a chance to talk to Kiri yet this morning- and most likely it will be my evening before I do (I do NOT consent to Time Zones any more !! grrr).  This is the update that Brian posted this morning (my time, lol, last night his time).

Revised: Kiri's Big Stand in Court -- This is What Standing Your Ground Looks Like 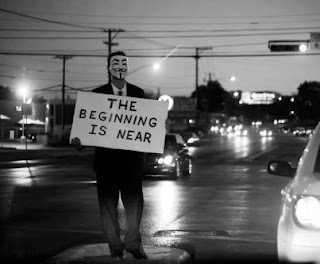 Anyone who has been following this breaking story has been on pins and needles to find out what happened to Kiri in court today. Well, let's just say the hosts of The One People show tonight were not expecting to hear from her live on the air to tell her story. All I can say is; unbelievable. Rare is the day we encounter a woman with the kind of courage and mental fortitude which Kiri so gracefully exhibited in court this morning. To be standing in front of a judge for charges of fraud only to leave an entire court house stunned and wondering what hit them is a feat most souls only dream about; but not Kiri. This brave woman was sent here as a walking illustration of what we can accomplish when we, "know who we are," as she so eloquently puts it. There will be much more on this story in the days and weeks to come, so for now I share with you all the audio of tonight's call along with the document she read inside the court house. I must warn you, the content you are about to read and hear is quite empowering. If you are not ready for this nuclear sized burst of energy, I suggest discontinuing this story now and go watch FOX News instead ;) ~BK

If you are just picking up on this story now, here's some background info:

...and the show from tonight. Kiri comes in at about the 76 minute mark:

This is what Kiri read right at the beginning of her hearing:


BE IT KNOWN that all persons claiming professional association with the existing court system also including ministers, police, bailiffs, magistrates, judges, registrars and deputy registrars and other court officers and employees and all other agents and prosecutors (from now referred to as INOR,( in need of redemption) from varying other sources within the New Zealand company structure and substructure are herewith noticed to stop and to recuse themselves immediately in all and any further action and involvements and relating to their respective positions.

You could face charges in a common law court and in a trail by jury for treason or high treason for the past and present involvement in undue process of justice and perversion of justice by fraud, contempt, trespass, sedition and any unauthorized administration of Estates (or trusts) or persons without authority of delegation from any executor offices, abandonment of their oaths of office as public servants and for impersonation of positions held under your oaths taken when as a matter of fact being engaged in commercial, revenue generating enterprise contrary to the position supposed to have held.

We the people could agree to appoint a transitional chief administrator who could take over the keys or other means of access to the buildings to coordinate the conversion of the existing buildings and administration of record keeping back to their original purpose of administering real justice.

BE IT KNOWN to all women and men that this land is a common law jurisdiction and that all lawful courts are common law courts where free men can exercise their inalienable right to trial by jury.

Is it not true that all court buildings are standing on the land of the people, the internal sovereign heads making up the one and only true crown, and being the land granted for the purpose of administering justice by the rule of law, and being land without certificate of title or sales and purchase agreement, which would define ownership? Is it not true that the original grant given to occupy the land the court building stands on was to facilitate justice as public service providers and as public servants and the servants to the people could one day be revoked by the internal sovereign heads, the people, who could authorise and execute a notice of this nature.

Is it not true that any officer of any court, and any government official also including New Zealand police who have attempted to compel or compelled one of "the people", into their foreign corporate commercial jurisdiction by accusing them of being a "person" has perjured their oaths, and were engaging in TREASON, and SEDITION, and they have no immunity whatsoever, because all officers of all courts are presumed to know the law?

Is it not true that it is essential to the preservation of truth, justice and freedom to affirm oneself to the right to trial by jury and that any denial of this right by anyone constitutes treason against the man and woman standing on the land. No parliament (part of management committee) of the New Zealand company can legislate to abolish or diminish this right protecting life, liberty and property in a common law jurisdiction and have no standing as sovereign crown and never had such a standing as sovereignty was never ceded to the New Zealand company by the man and woman on the land?

Is it not true that it is the duty and responsibility of jurors only to judge the facts and law presented to them, so that they can administer Justice to all parties in any action?

Is it not true that unless a court obtained the clear, written, witnessed and unequivocal consent of all parties with full disclosure given and full understanding of definitions and interpretations of all words used, in plain English, and without duress applied or threats being made or tricked or deceived, to be without a jury? Is it not true that any court without such consent been given has and never had jurisdiction to proceed summarily and any such awards, doings and proceedings shall be held to be null and void and any cases (constructive trusts) to be corrected now and recorded accordingly including the release of all parties unlawfully charged and held, to be now released from any order which was given via a magistrate, adjudicator, judge, deputy registrar or registrar acting under the summary proceedings without such proof of claim of consent?

Is it not true that there cannot be any trust or confidence in the process INOR has engaged in and all persons involved hold full personal and commercial unlimited liabilities?

Perhaps very soon INOR will have to vacate the buildings and land and be recused from engagement from the presently existing court system?"

The following was taken from the One People 22/23 show.

At the end of this interview it is not clear whether Kiri will be required to appear in Court again or what the final status of her 15,000,000 in value is. Updates will undoubtedly occur. Here is the narrative of her experience scribed from her own words:

Kiri's name was called and she reasserted her position that she was not going to contract with anyone she did not know. The Court has not proved to Kiri who they are and where they get their authority.

Kiri stated that she rejected this offer and to contract because it was incomplete and asked the Court if there are any objections; the Court did not respond.

Kiri began executing a "NOTICE TO COURTS AND AGENTS" which was a statement written by her. This was a very powerful statement (Posted below). This was a notice she had used in the past which the Court may have been familiar with.

Kiri was told to "stand in silence."

During the execution of the notice an officer walked up to her and said "shut up!"

Kiri ignored them and continued to execute the notice to completion.

Kiri said "the notice was received and accepted."

Kiri was then "arrested" again or kidnapped from the Court house.

Kiri was accosted by 2 men and a women reporting to be police officers who never gave their real names.

As a result of reading the notice she was charged with "Breach of the Peace."

Kiri was constantly being made "offers" to contract which she repeatedly refused by stating she did not consent to what was happening to her.

The 3 Police offers attempted to hand cuff Kiri and she alluded to the fact they were not able to.
Kiri was forced into a vehicle and eventually handcuffed by "dislocating her thumb." She was incarcerated again, searched to her "bare skin" chained to a wall and was covered in bruises because of the ordeal.
Kiri was introduced to a Juris Solicitor that was going to broker some type of arrangement for her release; [more court fraud a slavery].

During the interview, Kiri kept having to make corrections to the statements her Solicitor was drafting. Obvious tampering was happening and Kiri rejected each draft eventually causing the Solicitor to leave, flustered. Kiri did not want her words to minced in any way, shape or fashion and rejected the Solicitors representation on her behalf.

Kiri asked the court to clarify "are you referring to my legal name or my given name." [given name is for example, Justin of the House Deschamps]

The Court was outraged and kept trying to get Kiri to accept her PERSON. [JUSTIN DESCHAMPS - the corporate fiction]

The Court room was cleared of all people except the lawful jury of her peers; her representation.

The Court was not able to secure a contract with Kiri and she was moved to sign a police bail in another room.

Kiri read and amended the paper work to accurately reflect what happened, removing references to people and roles that did not exist; scratching out witness because there was no witness.

Kiri signed 'under duress' and 'WITHOUT PREJUDICE' where ever it was required and try to leave wile they were attempting to force her into coming back for another hearing. She also wrote no contract on the documents.
The Court finally produced an envelope with the words "full disclosure" written across them and stating Kiri had what she needed.

Kiri opened the envelope to reveal a "stack of documents" and in turn, still refused their offer to contract. Kiri walked back in to Court and wrote refused their final offer in writing one last time.

Kiri decides to go home and have Tea with her family.

Kiri received a letter from TSB stating "please accepted this as proof your accounts are closed with TSB."

TSB Bank enclosed a Photo Copy of the negotiable instrument (the check from a closed bank account in Kiri's name) and check for ~ 1600 New Zealand Dollars. The copy came with a cover letter saying the accounts were "unsound."

Kiri Intends to send the check back using a deposit slip to the TSB Bank, in addition to all the documents she received today from the courts with "no contract" stamped over the top of it.

Kiri says one of her inspirations was Mary Elizabeth: Croft and her Book HOW I CLOBBERED EVERY BUREAUCRATIC CASH-CONFISCATORY AGENCY KNOWN TO MAN pdf is available here: http://www.thecrowhouse.com/Documents/mary-book.pdf

Kiri had made a recording of the entire execution of Notice all the way up to her incarceration which hopefully will be online in the days ahead.

It is not clear at this time what can be done with TSB bank, however as a result of commercial remedies which Kiri can exercise she may be able to recover all of the value deposited, the 15,000,000 and damages.
More information will be made available as time goes on.
Posted by Brian Kelly at 8:37 PM
Posted by D ... Breaking The Silence at 08:53