This week I recorded two Transpicuous News shows:  The weekly update of what is going on in the media circus driven world of finance and ridiculousness, AND "The GOLD special report".  Both videos are available to watch here, on Transpicuous News and of course, The One Network.

Welcome to Transpicuous News for December 9th, 2014. Today we're going to take a look at who's spending what money, that they didn't have in the first place, and who's not spending money, that they don't have, but we are being told they do have it!  Confused?  So is the main stream media!

Media lies, government corruption, and make believe money is the focus of this weeks TN show.

LINKS FOR THIS WEEKS SHOW

North Korea accuses US of spreading Ebola and choosing Africa as a bio-weapon testing ground
http://www.independent.co.uk/news/world/asia/north-korea-accuses-us-of-spreading-ebola-and-choosing-africa-as-a-bioweapon-testing-ground-9897529.html

CDC admits that the Flu Vaccine Does NOT work.
http://removingtheshackles.blogspot.com/2014/12/cdc-admits-that-flu-vaccine-does-not.html

Right to piracy? Court orders France to pay €10K to Somali pirates – for violation of their rights


"the economy is too strong for shopper to need a deal"


Congressmen admit to not reading NDAA before voting for it: 'I trust the leadership'
http://rt.com/usa/211879-ndaa-congress-read-bills/

Here are some key foreign policy figures from 1,648 page bill:


$24 million: The amount available to for construction and property acquisition at the Guantanamo Bay detention center.

$351 million: The amount available to Israel in order to enhance and expand its “Iron Dome” rocket defense system.
This allocation would double the amount offered to Israel for its defense system last year.

$2.9 billion: The amount available to the Afghanistan Ministry of Defense.
This is down from $5.8 billion which was allocated to the country’s defense department last year. The United States will only have a maximum of 10,000 troops in Afghanistan by the end of this year as part of its security agreement with Afghanistan.

$75 million: The amount available to support the government of Ukraine.
Not a single mention was made of Ukraine in the last defense spending bill, but with nearly 4,500 killed in the conflict there since April, a lot has changed in a year.


With Its Gold "Vaporized", A Furious Ukraine Turns On Its Central Bankers


London Streets Paved With Platinum in $6 Billion Push by Veolia 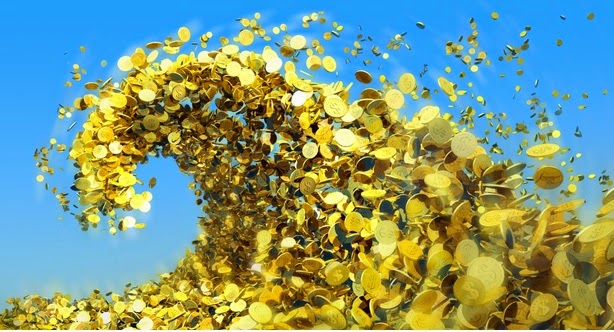 Good afternoon everyone, and Welcome to Transpicuous News.  Today we are going to do a special report on GOLD.

Some of the topics that I will be discussing in todays report will be: 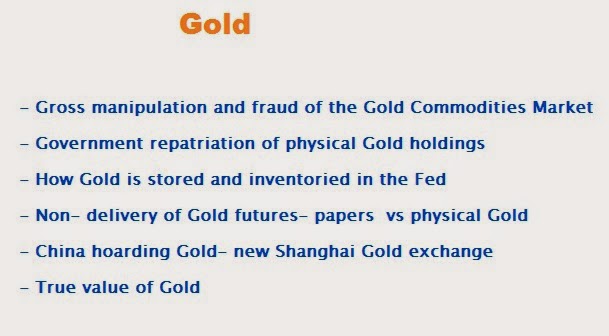