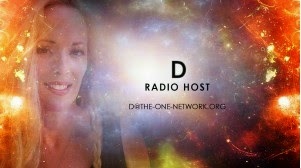 Good evening and Welcome to Transpicuous News- our final show of 2014! This week, while the public guzzled nog and loved and laughed with friends and family, many things things rumbled down the tube to change the world. We're going to discuss the missing Air Asia plane, the Sinking Ships, and who's driving the gettaway car for the banking mafia. Hang tight my friends, the road is really twisting and turning now!

Below is a list of links to stories that I have been following this past week, I haven't put them in any particular order this time, but I will highlight a few that I think are VERY interesting.

I will be watching the Air Asia Story very closely, and the Russia & China alliance that is coagulating.  Stay Tuned!

My Notes on the Aviation accidents of 2014.  As I said in this weeks Transpicuous News, These are just the main ones that jumped out at me, and the list doesn't include the 7 or 8 medical flight crashes that I found, nor the military accidents that abounded in 2014.

20 January 2014, a Britten-Norman Islander light aircraft crashed in the Apuseni Mountains- Romania. The aircraft was piloted by two crew and was transporting a five-person medical team from Bucharest to Oradea....the head of the national emergency response department, IGSU, resigned. One day later, also as a result, the Romanian minister of the Interior resigned

21 February- Presidential helicopter crashes in Ecuador, 3 dead- president NOT onboard

March 8 - Malaysian Airlines Flight 370, traveling from Kuala Lumpur to Beijing, disappears from radar in airspace over the Gulf of Thailand.

13 March 2014, an AgustaWestland AW139 of Haughey Air crashed shortly after take-off from Gillingham, Norfolk for Rostrevor, County Down, United Kingdom. All four people on board were killed, including Edward Haughey, Baron Ballyedmond.

17 May 2014, an Antonov An-74 airplane of the Lao People's Liberation Army Air Force crashed in northern Laos while en route to Xiangkhouang Province. Among those killed were the Minister of Defense of Laos, Douangchay Phichit, Minister of Public Security Thongbanh Sengaphone, and the governor of Vientiane.

4 June -An F/A-18E Super Hornet of VFA-81 Sun Liners crashed while trying to land on the USS. Carl Vinson off the coast of Southern California .Pilot ejected safely.

July 17 - Malaysia Airlines Flight 17 crashes in eastern Ukraine after being shot down by a surface-to-air missile, according to the United States. All 298 people aboard are killed.

July 24 - Air Algerie Flight 5017 crashes in Mali, killing 116 people.
110 passengers on the plane; of those, 52 were French citizens, at least 33 of whom were French military personnel serving in Africa and Mali including three senior intelligence officials.[18][19] A senior Hezbollah leader who had been posing as a businessman in Senegal and Burkina Faso was also on board.

10 August 2014- Sepahan Airlines Flight 5915 (SPN 5915) was a scheduled domestic passenger flight from Tehran to Tabas, Iran. On 10 August 2014, the HESA IrAn-140 aircraft serving the flight crashed shortly after takeoff from Mehrabad International Airport, falling into a residential area near the Azadi Stadium.

13 August 2014 a Cessna Citation 560 XLS+ crashed whilst carrying Brazilian Socialist Party presidential candidate Eduardo Campos. All seven people aboard the airplane were killed in the accident, which took place around 10 AM BRT while trying to land at Santos Air Force Base

30 August- Ukraine Air Alliance flight crashed in Algeria. As per Ukrainian media, 7 people who were in the plane died.

September 5, 2014, a SOCATA TBM 900 crashed into Caribbean Sea, near Jamaican coast-
airplane belonged to Larry Glazer,[8] a building redeveloper in Rochester, New York who owned the Xerox Tower and Bausch & Lomb Place buildings, along with several other structures through Buckingham Properties and was leading redevelopment efforts in downtown Rochester, and that he and his wife were aboard the plane. His wife, Jane, was a business leader in her own right, as the founder of local catalog company QCI Direct.[11]

9 December-  David Hartman, a vice president of Durham-based Nuventra, was among the six people whe died Monday in a plane crash in Montgomery County, Md. The crash also killed Michael Rosenberg, founder and CEO of Durham-based Health Decisions and a third person on board, whose name has not been released.