The lies of Language: Tricked by the Light

In my recent video reports, I've talked about the fact that I, and several others, are engaged in serious research on several topics.  One of these topics is the use of language to control and program people.

Judge Dale has spoken about the use of language in the courts and justice systems- how the words are used to bind and control people.  On this basis alone the use of language and "watch what you say" is vitally important.  But this rabbit hole goes much much deeper- far deeper than the vast majority of people want to realize.

I have recently woken up to the very real fact that I have been deeply involved in Neuro Linguistic Programming (NLP), and that the reality of this type of programming is so subtle that finding the ending of your own thoughts and the beginnings of those that have been programmed is like grasping at whisps of smoke.  The more I research, the darker and deeper the rabbit hole goes.  It is not just a single deeply dug and dimly lit hole, it is a warren of interconnecting holes that are woven in an intricate shadowy nebulous web, that winds itself around almost all that it touches, infusing  and penetrating every burrow, corrupting each one with it's murky malevolent malignant stench.   The deeper I dig, the more I realize that almost nothing has been uncorrupted by this darkness.

Politics, finance, religion, education, media, entertainment... are all touched by this darkness, saturated from top to bottom in the deepest shadows of what many would call "Evil".

I am going to take a moment to discuss "Fear".  Since I have come forward and started to question, publicly, my activities and actions for the past two years, several people have pointed fingers and played the "oh you are living in FEAR" card.  Nothing could be further from the truth. At this moment, I am enjoying the freedom that I finally know what it is to be completely in control of my own life, and with that power comes the incredible realization that FEAR is just a program- one that I have left behind.  I do not fear what I know- hence, for me, it is through having knowledge and figuring out "what's been going on" "how it all happened" "what is being done", that any fear I might have had of the unknown is extinguished.  THIS is my search.  To Know the who what where when why how of all that has been happening..... to all of us!

For me, when I can see the whole picture, can come to terms with the back ground and history of what is happening (to me, to the world), I can then move forward with a much greater strength and endurance than I can if I am carrying a sack of questions and doubts and broken down pieces of ideas.  For me, when I have a question, it MUST be researched and analyzed and discussed thoroughly before I am willing to let it go.

This is one of those moments.

So I have been digging deeper into the rabbit hole than I have ever dug before... because each and every piece that I am finding seems to lead yet deeper still.

.... Because THAT is what I am talking about. All of it.  Each of these things are part of the program that has been controlling humanity for eons.  The controlling Template, if you will.

A few weeks ago I reposted Bradley Loves series of articles called "The Con of Man".  Yes they are long.  Yes the article I am posting directly below this is also long.  Yes, the pdf book I've posted below that is even longer still.  For most people this article contains probably a full day or two of reading, not to mention the time necessary to really comprehend it all.  This journey might not interest everyone.  Some people might be happy to read the basic outline of:

"language is being used to program you, words have different meanings that you do not understand, contracts and "legalese" is binding on a deeper level than just the words spoken in court, the frequencies of words can be used to brainwash, program, and control you,  these frequencies/words are actually black magic spells and are being fully used by the occultist controllers to keep you under their power/control/binding."


I have changed the first line of one of my favorite mantras:


I Will Not Fear 
TRICKED BY THE LIGHT: LANGUAGE 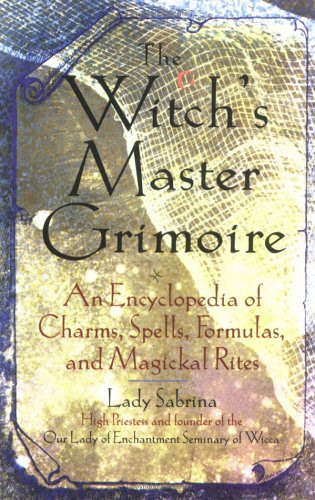 SPELLING: WE SPELL WORDS TO PRONOUNCE A (PRISON) SENTENCE OR TERM 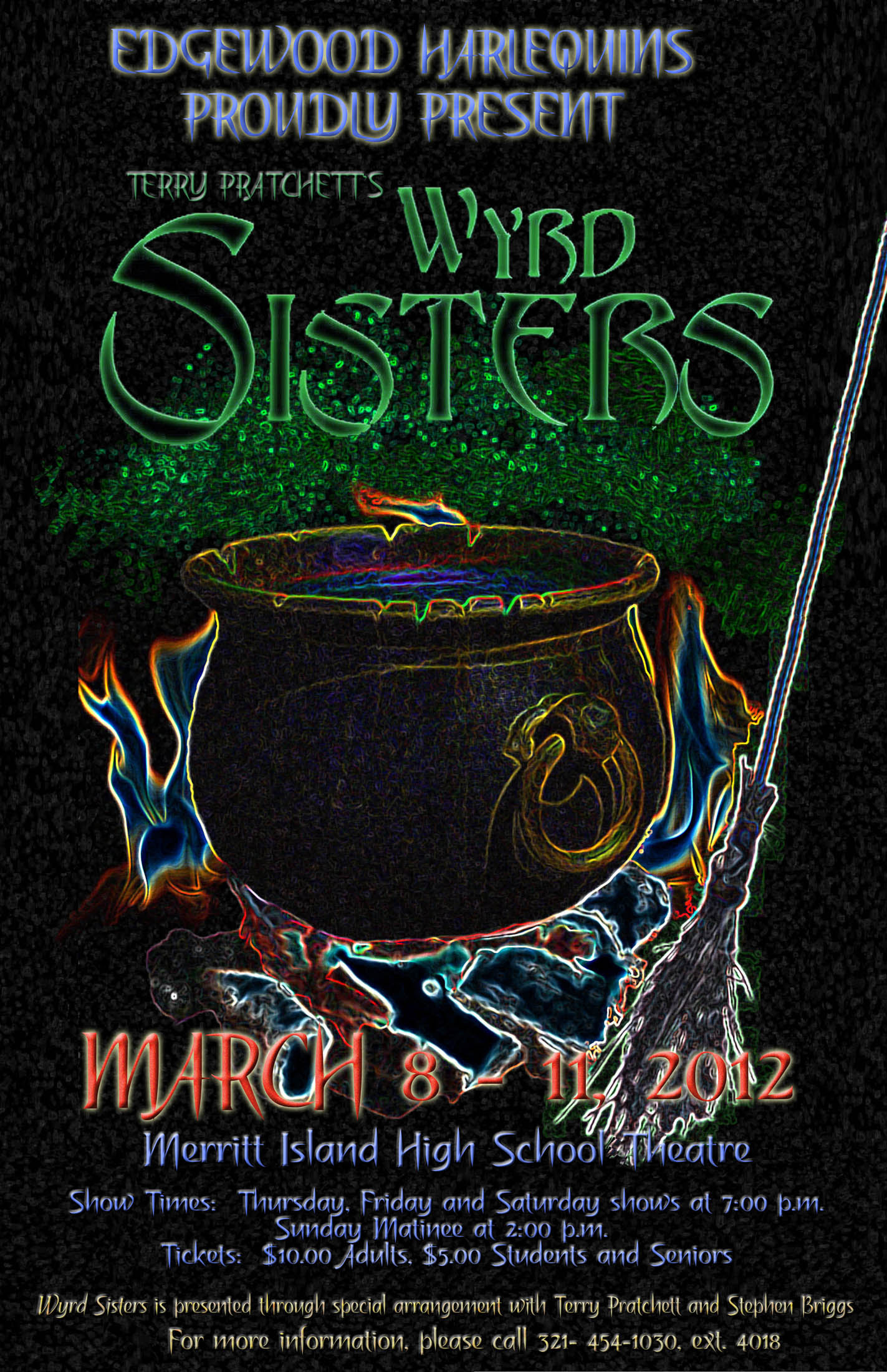 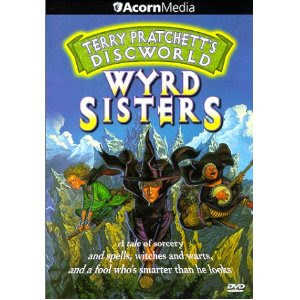 The first thing you learn when you go to school is how to spell. Words are spelled to create a sentence of terms. Think of a jail sentence or a prison term. The Wyrd sisters in Greek mythology were Fates or witches who controlled the fates of man. In our language we use curse words and cursive writing. We cuss and dis-cuss. Words have meaning and (are) mean things especially cross words. They can be used to make a point. We use a "con" verse to converse in order to keep us off course in our dis-course as a phrase frays. We use catch words. A story is a spiel or a spell. It is all part of the gospel of the Godspell or God's spell. 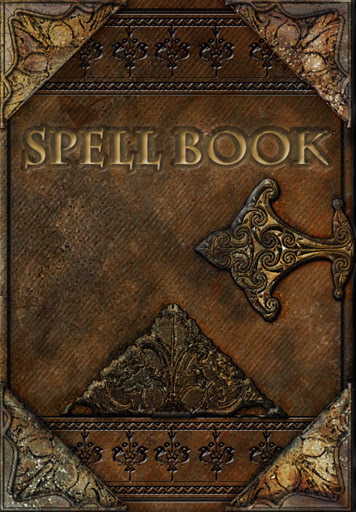 Books contain chapters. What is a chapter? A chapter is a secret society or religious order, like the Knights Templar. A chapter contains many pages. What is a page? A page is an understudy and in service to the queen and king, as in pages and squires, a knight who is well versed in magic and is more or less a soldier or trained assassin. To page someone is to summons them. Pages summon demons to enslave or imprison our souls. After all, a page does contain many sentences. A jail sentence is served in a prison ward. And indeed a sentence is created by words that are spelled out by using letters. A letter is someone who allows something to happen or someone who does something for some one else, like a bloodletter.

We languish in our languid language. Languid means "weak and lacking spirit or void of animation, lifeless" and languish which means "to lose strength or animation; be or become dull, feeble or spiritless; lackadaisical, listless". . How are we imprisoned by our language? Think about a book. The word book as a verb means to arrest or detain -- "book 'em, Danno". In fact, the Latin word for book is "liber", which is where we get our word "library" and also the word "liberty". You can book a reservation which means you're paying for the ownership of something in advance. You can book or place a bet on a game or race with your bookie. Yes, there is a bet being placed on a race -- and it is the human race and the game is the game of life. It is the main bet or the alpha bet. In a group of monkeys, the alpha monkey is the primary monkey or the one in control.
There's a song called Spirits in the Material World from an album named Ghost in the Machine. The lyrics proclaim, "Our so-called leaders speak.  With words they try to jail ya.
They subjugate the meek.  Where do the answers lie when we live from day to day?  We are spirits in a material world." The song was performed by a group appropriately named, The Police. The song -- and an entire album by Sting, the lead singer, entitled The Soul Cages -- refers to how we are spirits imprisoned in an earthly body.

Most words have multiple meanings and synonyms not to mention many anagrams which the subconscious mind can recognize. Factor in its homophones such as "there", "they're", and "their" and it can get quite confusing to keep track. What effect does that have when words with almost opposite meanings are homophones. Think about "know" and "no". Knowledge is considered a very positive word yet it is linked phonetically with the most negative word in our language. So when you say "I know this to be true" are you partiallly negating its reality? Consider the above statement in which the letters of the words have been rearranged, yet you still should be able to read it without problem. This means your subconscious mind should also relate multiple meanings to words have many anagrams. So it shouldn't be any problem to associate God as good, the devil as evil. Now consider the following word relationships: live, evil; god, dog; love, evol.
Pronouncing the words has a pronounced effect. The science of cymatics shows how all spoken sounds take on a vibratory geometry or shape like how you can blow smoke rings by forming your mouth into the shape of the 'O'. The tibetan monks show how sound can be used to form geometric patterns in a plate of sand particles. So the spoken word can indeed create reality.
Also consider the mind's ability to combine words and sounds. When someone sneezes you feel customarily obligated to say "Bless you". But if you sound out the syllables does your subconscious mind also make the connection to the phrase "Be less, you". So the very act of blessing someone can also be subconsciously telling them to be less. This is spell casting.
How are we being programmed through our language to go to the sun or hell? Hello?!!!! Helios was the Greek name for the sun. The sun in English as well as other languages such as Latin, is called Sol. We are all said to be souls or to have a soul (Sol). We have a solar plexus and our feet have soles. Sole is sun in Italian. You are called a person (pertaining to the sun). When a male child is born, he is called a son (sun). The word for sun is sonne in German. Hu was one of the twelve gods in the Egyptian stellar cult which could explain why we are human. Colors and hues originate from the light of the sun. Politicians encourage soldiers or sol diers to go to war for God and country. Of course, when they die they will go to another dimension (die men sun).

Have you ever wondered why we use the word hello to greet each other? After all, the word can be reduced to hell, the fiery place of eternal punishment and the suffix -o which means "associated with". In Greek mythology, Helios, which means "sun", was the God of the Sun. Is it just a coincidence that you have a soul and that our sun is called Sol? If so, why do we call those who die in battle soldiers or sol diers? Is that why we say "good morning" when the sun rises -- because it is good to see the sun because it gives us life, but we are mourning those who sacrificed their souls to make it possible. Why do we call our male offspring sons? You are called a person. Is it because you pertain to the sun?
Words are defined in a dictionary -- dick-shun-nary. Two of the three syllables are negative sounds and theother is a derogative slang term. Synonyms and antonyms are listed in a thesaurus. 'The', from the greek 'theos', is the root of the-ology, the study of 'god' and 'saurus' means 'lizard'. A thesaurus literally means 'lizard god'. How many names for government entities start with a negative prefix. The word nation is nay-shun. The UN, Un-ited nations, NATO, NASI party, NASA, Norad, Unesco, NASCAR, NATAS, and I'm sure you can come up with others.

HOW TO RUIN A LANGUAGE WITH RUNE MAGIC