Freedom From The Matrix Prison: The Prison for your Mind

Breaking free of the Matrix is the path that we are all on at this moment.  Some are free, some are partially free, some are becoming free in their first steps out of their mind prison.... and some are waiting for the moment when they will  realize they are slaves.

Morpheus: I know exactly what you mean. Let me tell you why you're here. You're here because you know something. What you know you can't explain. But you feel it. You've felt it your entire life. That there's something wrong with the world. You don't know what it is but it's there, like a splinter in your mind driving you mad. It is this feeling that has brought you to me. Do you know what I'm talking about?
Neo: The Matrix?
Morpheus: Do you want to know what it is? The Matrix is everywhere. It is all around us, even now in this very room. You can see it when you look out your window or when you turn on your television. You can feel it when you go to work, when you go to church, when you pay your taxes. It is the world that has been pulled over your eyes to blind you from the truth.
Neo: What truth?Morpheus: That you are a slave, Neo. Like everyone else you were born into bondage, born into a prison that you cannot smell or taste or touch. A prison for your mind.

In my article "Bricks of Logic: The Prison for your Mind" I wrote:

The  "human template" used all the aspects of the other templates we have discussed- politics, religion, money/finance, war/terror, etc - to control humanity, but that was just the support structure, if you will, to create the most powerful aspect of the "human template":  Mind Control.

When I use the term "mind control" I do not mean hypnosis or psyops that we think of in this day and age.  I mean actual MIND CONTROL.

"They" literally built a prison for our minds.

Picture a box.  In that box is contained all the templates, all the control factors, all the "brain washing" needed to insure that You and I have no understanding at all of who we ARE, and what we BE.  Now build that box into a prison, using bricks of "logic" and mortar them together with a slathering of "realism" and "rational thought".    Any thing that is NOT inside the box/prison is then labeled as a terrible thing.  It is ridiculed and thrown out as "conspiracy", "fantasy", "irrational" or "delusion". 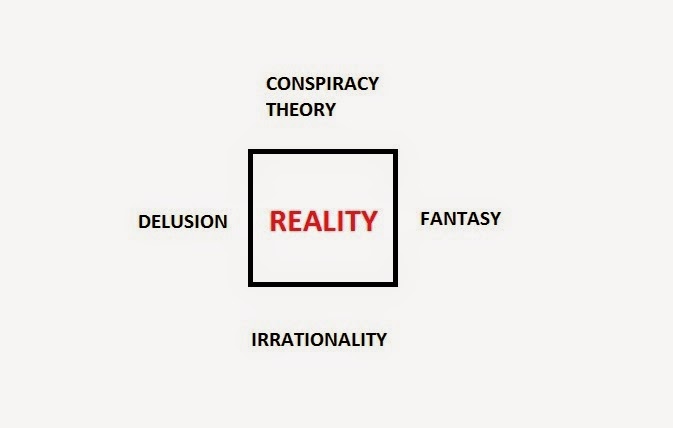 Then you put every person inside one of these prisons from the moment they are born, insuring that their parents, family, teachers, social workers, doctors, politicians, actors, singers, video game programmers- INSIDE THEIR BOXES- hems the person in on all sides so that there is no room to even think about going outside that box/prison.  There is then no perceived "room" for anything to even exist outside of that box. 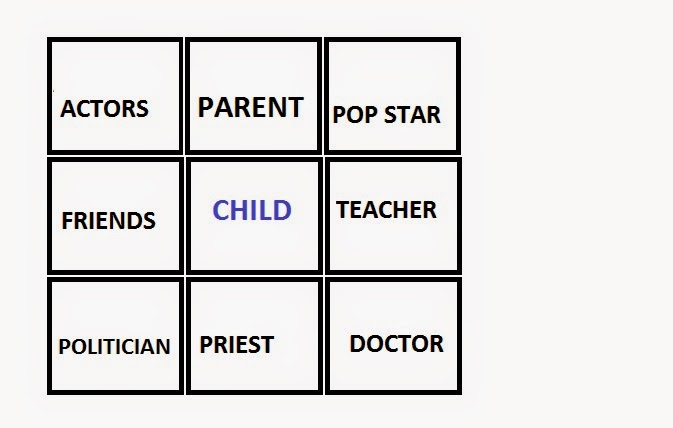 Beyond the education system etc... Main stream media is one of the biggest culprits for enforcing this prison system for our minds. As this article so poignantly points out: just look at what passes for "Comedy" these days!  Audiences are encourage (brainwashed) to laugh uproariously at the person on the screen getting hurt, or making a fool of himself..... ever wonder what a "laugh track" is for?  "slapstick"?  I never liked the Three Stooges, and when I think on it now, I can see why.  Movies like Dumb and Dumber are literally painful for me to watch.  I had never thought before of the ramifications of just WHY these type of movies and shows literally made my skin crawl.  Now I get it.

It is easy sometimes to see the BIG manipulations...... but much more difficult to see the small ones that are passed off as "an innocent laugh" "feel good giggle" "hilariously funny".  Something to think about.

How You Can Find Freedom From The Matrix Prison

Escape Oblivion and Overcome Powerlessness in the "Have Mind"

Whether you acknowledge it or not, your consciousness is plugged into the Matrix and the “Hive Mind.” You believe that your life is hopeless and that you are powerless to change things in your life and world. But what is your world? Your thoughts, dreams, beliefs, and identity are largely manufactured by a global media grid operated by a “World Brain,” with a computer-brain interface. What you believe is the “real you” is a synergy of social media and often subliminal messages projected into your consciousness 24/7 by a multi-dimensional broadband spectrum of images, words, music, EMF waves, and a neurological fountain of brain chemicals strategically triggered by GMO foods and their myriad chemical additives and by chemicals added to your drinking water and air.

From your very infancy to the present you are the product of stealth social engineering which has artificially suppressed your “right brain,” which has the power to enable you to see the big picture. Just like the tiny offices that many people work in, your brain and your ability to think have been artificially reduced to the size of a small cubicle. Your consciousness, which has the genetic capacity to access the infinite, has been socially engineered to fit into a small box inside your brain, making it nearly impossible for you to believe that you have the power to change your life.

Yet you believe with the fervency of a religious zealot that you can see things clearly and that you are a realist. How can you possibly see things clearly and realistically from the perspective of a small cubicle? Then, believing the lies of the Matrix and the illusion thatyou call reality, you decide to act in extremely negative, destructive, anti-social, harmful, and illegal ways. These actions can be in the form of abusing people psychologically and physically, addictions, cheating on your spouse, violence, anger, and even suicide.

But at the core of your perceived powerlessness, frustration, rage, depression, anxiety, fear, and the illusion you are helpless is the inner belief that has locked you in the Matrix-like prison inside of your mind. The walls of this virtual prison have been constructed by your consciousness over time, built upon layer upon layer of cynicism and negativity reinforced by the media culture. Just look at the content of what is called comedy. The comedian and the comedic film or television show causes you to laugh, but leaves you more empty than before and pollutes your consciousness with cynicism, despair, negativity, and the existential lie that there is no way out.

Added to this are countless images, words, and subliminal information pouring into your mind and subconscious and convincing you that your true identity is one of a victim. Obviously, a victim cannot be responsible for his fate because it was created by someone or something else with far more power. Accepting the identity of the victim frees you from the guilt and the responsibility to do something about it if you choose. As a victim you can rest the kind of rest that a powerful narcotic like heroin gives; it is a psychic rest of “oblivion,” or the rest of death. You can rest in the “oblivion” of being helpless. The famous rock’n’roll guitarist for the Rolling Stones, Keith Richards, when asked why he shot up heroin for many years, answered because it brought him to a place of “oblivion.”

Instead of accepting the truth of a power far greater than yourself to set you free, you can go for the quick fix of finding someone to hate for making you a victim. A multi-national corporation, a certain racial group, the one percent, this political party or that political party, the new world order, or any number of scapegoats will do. It is not that there may not be degrees of truth in some of these things, because there are. Without degrees of truth they would not be believable as scapegoats.

But as you do the math in your mind and work out the equations which will determine whether or not you will be a victim, it is essential that you factor into your equation certain truths, which are essentially game changers. For starters, you cannot understand your reality from inside a stupid cubicle! You are going to have to decide to break free the global-psychotronic-matrix-prison-industrial complex!

For a moment, forget about all the stuff you have been told by religious people and religion when it comes to Jesus Christ. The reality is that most churches in America would actually call the police to arrest Christ if He showed up in one of their churches today, or at the very least accuse Him of being the devil. So completely forget about religion and just think about the words of Christ when He said “You shall know the truth and the truth will set you free.”He was giving you a major clue on how to become free of the Matrix. Do you think for a moment that Christ did not understand the nature of the Matrix? For crying out loud, Christ smashed through the multi-dimensional prison walls of the Matrix when His physical body disappeared from a prison called a tomb, surrounded by heavily armed Roman troops.

So, given your present circumstances, how do you personally escape the prison of the Matrix? The answer is found in complete simplicity and what at first appears to be adopting a position of powerlessness.Escaping the Matrix does not require some high level of sophistication. All you have to do to escape the Matrix is one thing: you first have to truly desire to escape the Matrix, and believe that it is possible. How do you find that kind of belief? The answer is you simply have to ask for the belief to be free of the Matrix. You have to come clean and ask to be free from the Matrix and ask for the power to change your life. This is not complex; it is profoundly simple. You ask like a little child would ask, by throwing aside all the intense analytical activity, your pseudo-intellectualism, and your so-called knowledge and just ask from the core of your being.

As you push the off button on your pre-recorded messages of cynicism, anger, depression, rage, self-pity, anxiety, victimization, and learned helplessness that reverberate through the walls of your consciousness like sonic booms in an echo chamber, you will begin to hear a still small voice instructing you.

There will be times when you notice yourself soaring above the tiny cubicles of the old consciousness. Yes, you will soar with the wings of an eagle. Then slowly it will dawn upon you that you have been placed here for a reason and one of those reasons is to help open the prison doors for all those still trapped inside the Matrix-prison. Once you have soared above the cubicles of your former consciousness, you will understand that there is vast power available to change reality and that not all of reality is a fixed event; much of it can be changed and some of it cannot. But the fact is you are far from helpless and you can, if you choose access incredible power from another dimension.

Now we come to the question of our choice. Ultimately, you have to choose what you are going to do with all this. You could choose to simply shut it down and tell yourself you don’t believe it. That choice will guarantee life imprisonment in the Matrix. Or you could choose as countless others have to escape the Matrix. All I can tell you is that there are an awful lot of us who have found freedom and we are waiting here for you to join us.