Well, after last nights Transpicuous News Report, where I ended the show with the latest CERN "news", I woke up to yet another interesting article from the London Rag news"paper", the Express:

SCIENTISTS conducting a mindbending experiment at the Large Hadron Collider next week hope to connect with a PARALLEL UNIVERSE outside of our own.

Followed by This one:

CHINESE TV news reports have told how thousands of residents in TWO areas reported separately seeing a huge city form in the skies.

The interesting part of this "news" story is the very last paragraph:

"The apparition, which was witnessed by hundreds of shocked residents, only lasted a few minutes before completely disappearing."
The channel speculated it could be "the result of a project blue beam test."
Project Blue Beam is a prolific conspiracy theory which believes NASA will one day
simulate an alien invasion of Earth or second coming of Christ through holograms.


Are you kidding me?  Did a main stream media (albeit junky) just openly talk about Project Blue Beam?   Holographic invasion by aliens?  Faked second coming of Christ?!?  ....

Of course they use the ol' "Conspiracy Theory" tag line, but I found the play out of these two articles very interesting given all the stuff that's been going on this past few weeks....

Anyway, With the announcement by CERN that they may be opening a "parallel universe", I figured I'd better keep a close eye on CERN.

The past week I've been sorta ridiculously busy so I haven't been watching CERN as closely as I usually do, but there have been a few interesting things showing up in the graphs.

First up, here is a screen shot of CERN Operations as of 10am UTC this morning,  and sure enough there was a couple of interesting things in the past day.  "Bobbles" that I've not really seen before. 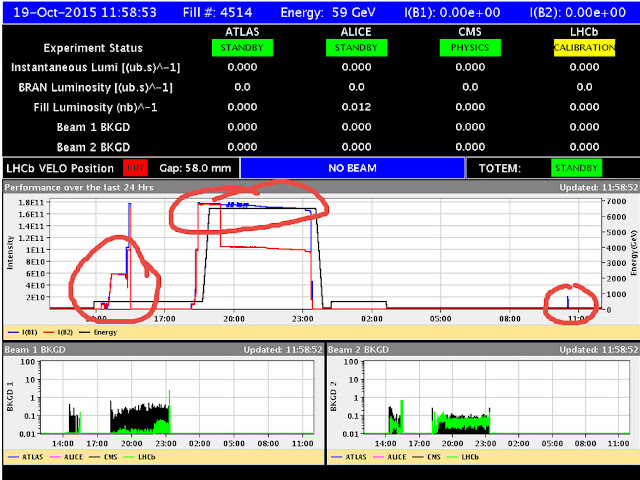 the Beam dump information doesn't line up with what is seen on the graphs.... sorta.  Or, let's just say, it looks like the graphs have been set up to be misleading- as they say "No Beam".... and yet the dump is showing a beam.... oh and that little beam blip at just before 11am GMT...  the dump is showing the last injection at 1:48 last night.... and no dump after that. 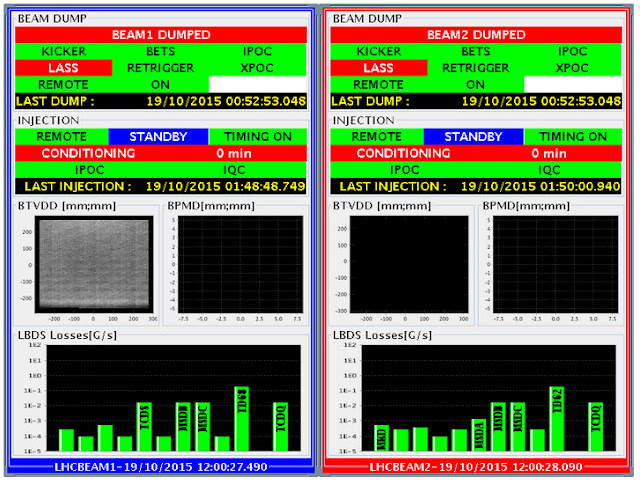 So I went to take a look at the solar info for the past few days.  While the sun has been supposedly quiet for the past 36 hours - no flares to speak of- there are active xrays and an uptick from the coronal hole that is facing us.   But more interesting is the geomagnetic info for the past 24 hours or so. 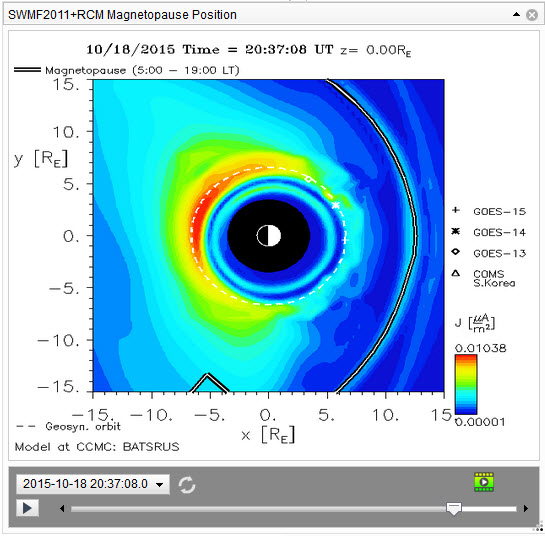 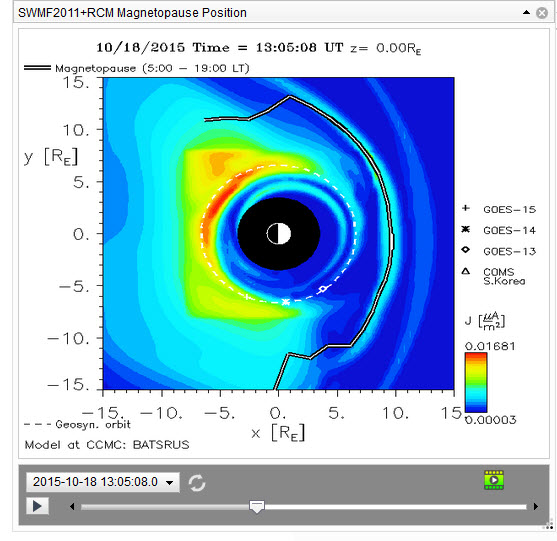 You can see on the Magnetopause pics that at the times when CERN was showing strange "bobbles" that I haven't seen before- remember that CERN is one hour ahead of UTC timing for the Solar information..

In the UnFuckers Unite Facebook group we've been having quite a few conversations about the "physical", so to speak, "symptoms" that are being experienced across a broad spectrum of people over the past week especially.   With the "Notice" type article put out in the past few days about scientists using magnetics to literally numb and change people minds.... well, it puts CERN that much more directly in my focus of attention to keep an eye on.