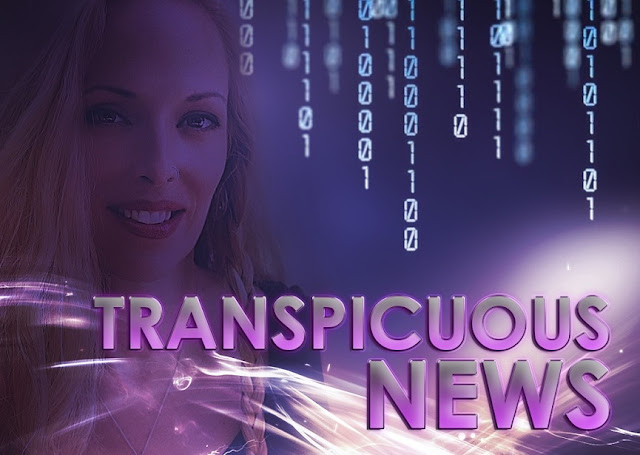 News Links and Notes for the TN Oct 4th Report

President of the Maldives was returning from Haj in Saudi Arabia....

Tehran says at least 144 Iranians were killed during Thursday’s stampede, while over 300 others are unaccounted for, including the country's former ambassador to Lebanon, Ghazanfar Roknabadi, Fars news agency reported.
http://www.rt.com/news/316646-iran-saudi-mecca-crush/

Political hyperbol.... or yet another piece of the timeline cross over effects?  We've watched now over the past year as SEVERAL high ranking political people from multiple countries have made statements about WWII that are completely inaccurate.... leading the the question I keep asking:  is it political posturing trying to change history?  Or is it yet again, the Mandela effect?

The calls come after it was discovered that over $1.5 billion had disappeared from three Moldovan banks prior to the 2014 parliamentary elections. The bank fraud wiped out an estimated 1/8th of the country’s GDP.

Plea by grandson of state’s founder comes as falling oil prices, war in Yemen and loss of faith in authority buffet leadership of King Salman....A senior Saudi prince has launched an unprecedented call for change in the country’s leadership, as it faces its biggest challenge in years in the form of war, plummeting oil prices and criticism of its management of Mecca, scene of last week’s hajj tragedy....“The king is not in a stable condition and in reality the son of the king [Mohammed bin Salman] is ruling the kingdom,” the prince said. “So four or possibly five of my uncles will meet soon to discuss the letters. They are making a plan with a lot of nephews and that will open the door. A lot of the second generation is very anxious.”

“The public are also pushing this very hard, all kinds of people, tribal leaders,” the prince added. “They say you have to do this or the country will go to disaster.”

I've spoken about this a few times- the Hollywood productions to twist the bad guys into "misunderstood" sorta good guys. the movies Maleficent, ifrankenstein, Dracula Untold, Hotel Translvania... and now....

""At the request of the Syrian government, we're helping them to fight ISIS and *other* terrorist groups," said Russian Foreign Minister Sergey Lavrov."..... "Defense Secretary Ashton Carter said Wednesday that the Russian attacks, which the Kremlin said were meant to target terrorists, didn't appear to hit targets under the control of ISIS, which operates in the north and east of the country."

http://gizadeathstar.com/2015/10/russia-in-the-middle-east-putin-speaks-to-his-officers/
Putin to Russian army officers: operation 'Salvation' shall begin soon, you must prepare to cleanse Syria from Obama's terrorists

http://sputniknews.com/middleeast/20151002/1027898340/russia-airstrike-destroys-isil-command-center-syria.html
the fortified ISIL command center has been damaged and that the infrastructure of the terrorist training camp has been fully destroyed.

Gunshots and explosions, presumably heavy artillery shelling can be heard in the city, according to the Turkish Dogan News Agency. The operation, involving the Turkish military's anti-terrorism branch, commenced at 5 a.m. local time (02:00 GMT).
A curfew has been declared in the city until further notice, according to the news outlet.
Read more:
http://sputniknews.com/middleeast/20151002/1027899530/turkey-kurds-silvan.html#ixzz3nPPtdEgO
http://www.rt.com/news/317341-turkish-army-police-silvan/    - 17 PKK militants killed

US forces conducted an airstrike in Kunduz at 2:15am on Saturday, said NATO coalition spokesman Colonel Brian Tribus. “The strike may have resulted in collateral damage to a nearby medical facility,” he said. “This incident is under investigation.”

“We are deeply shocked by the attack, the killing of our staff and patients and the heavy toll it has inflicted on healthcare in Kunduz,” Medecins Sans Frontieres (Doctors Without Borders)  said in a statement.
Three MSF staff have been confirmed dead, while more than 30 are unaccounted for, according to the organization’s official statement.
http://www.rt.com/news/317482-afghanistan-kunduz-msf-hospital/

*Copycat risk? Schools in multiple states lock down in wake of UCC shooting*

"In the wake of the UCC shooting, schools in at least three states, stretching from Virginia and Texas to Washington, were either placed in lockdown or warning students to stay away on Friday over reports of people with guns nearby.

At the Virginia Commonwealth University in Richmond, students were told to “avoid the area” since a “possible armed suspect” was reported on campus grounds...."

*It's gonna be a REAL bad day for the CIA and US trained "Moderates" (ie, the "terrorists"), if Putin Unleashes the Chechen Ground troops on them!!!*

"The Chechen leader, Ramzan Kadyrov, has asked Vladimir Putin to send him to Syria, claiming that a land operation using Chechen ground troops would wipe out Islamic State terrorists.

“The terrorists don’t know what a real war is, because they have only been subjected to airstrikes. They don’t have experience of real military action,” said Kadyrov in an interview with a Russian news agency."

“This is not idle talk, I am asking for permission to go there and participate in special operations,” Ramzan Kadyrov said in the Friday interview with the RSN radio. “Being a Muslim, a Chechen and a Russian patriot I want to say that in 1999 when our republic was overrun with these devils we swore on the Koran that we would fight them wherever they are,” the Chechen leader said.

Global equity markets suffered a bruising third quarter, shedding $11 trillion worth of global shares over three months, according to Bloomberg.

It was the market’s worst quarter since 2011. The prolonged slump was due to low prices for commodities such as oil, instability in China’s markets, and the anticipation that the U.S. Federal Reserve will soon raise interest rates.

In light of this number, how in the world is it possible that there is still anyone out there that is claiming that “nothing happened” over the past few months?
http://theeconomiccollapseblog.com/archives/yes-this-is-a-financial-crisis-11-trillion-dollars-in-stock-market-wealth-was-wiped-out-in-the-3rd-quarter

BAGHDAD - Iraq Press - October / October 3: A source early on Saturday, that "the head of the Iraqi Council of Ministers, Haider al-Abadi, gave a deadline of no more than 48 hours to the former Prime Minister and Vice President of the Republic article, Nuri al-Maliki, to evacuate offices and headquarters Private former Bmansbah inside the Green Zone, "adding," The claim comes as part of the reforms led by al-Abadi package in response to the demands of the demonstrators. "

Abizaid source said that "a formal letter issued by al-Abadi's office arrived at the al-Maliki, in this regard," noting "that the book Maliki has demanded return of offices and premises occupied by the president and a former Minister and Vice President of the Republic after his dismissal from the last office to the official concerned in the government delivery". Ended O.h


MSF said in a statement that the hospital was bombed by a series of aerial raids at approximately 15 minute intervals. The bombs “very precisely” and “repeatedly” hit the main central hospital building, housing the intensive care unit, emergency rooms, and physiotherapy ward, it added.

- The UN Human Rights chief, Zeid Raad al-Hussein says the bombing of the hospital in Kunduz was “utterly tragic, inexcusable and possibly even criminal.” He has called for an investigation into the incident, Reuters reports.
"This deeply shocking event should be promptly, thoroughly and independently investigated and the results should be made public," al-Hussein said in a statement.
"The seriousness of the incident is underlined by the fact that, if established as deliberate in a court of law, an airstrike on a hospital may amount to a war crime."
- Medecins Sans Frontieres has tweeted that 16 people were killed: nine staff members, seven patients, and three children. The medical charity adds that 37 people have suffered injuries, including 19 staff members of whom five are in a critical condition.
-The head of the US-led forces in Afghanistan, General John Campbell, has apologized to the Afghan President Mohammad Ashraf Ghani after the bombing of the hospital in Kunduz, the Afghan president’s office has reported, as cited by Reuters.
-UN Secretary-General Ban Ki-moon strongly condemned the airstrikes in Kunduz that resulted in the death and injury of medical workers and patients at a MSF hospital. He called for a thorough and impartial investigation into the attack in order to ensure accountability.
“The Secretary-General recalls that hospitals and medical personnel are explicitly protected under international humanitarian law,”
Posted by D ... Breaking The Silence at 13:26