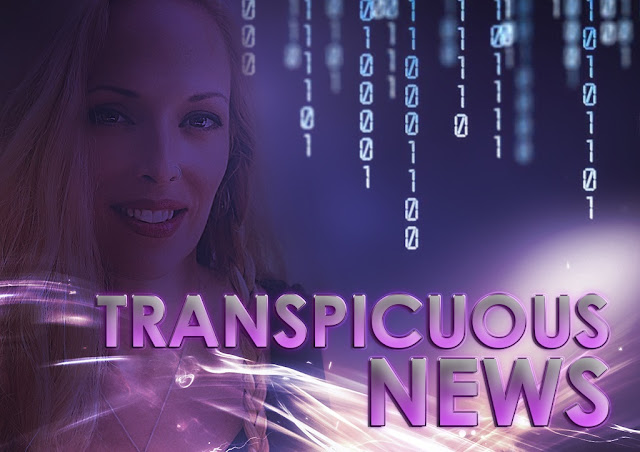 
EXPECT A HUGE DISTRACTION THIS WEEK!!!!!

- Russian airstrikes in Syria
-US bombs Doctors without borders

The Trans-Pacific Partnership is the conclusion of five years of negotiations, and will cover 40 per cent of the world’s economy. Its claimed purpose is to create a unified economic bloc so that companies and businesses can trade more easily — but it also puts many of the central principle of the internet in doubt, according to campaigners.
http://www.independent.co.uk/life-style/gadgets-and-tech/news/tpp-signed-the-biggest-global-threat-to-the-internet-agreed-as-campaigners-warn-that-secret-pact-a6680321.html

On the night of 1 October 02, 2015, six Sukhoi SU-30 Russian SM fighters took off from the Syrian Hmimim airbase in the direction of Cyprus, before changing course and intercepting the four Israeli F-15 fighters off the coast of Syria, that were flying in attack formation.

Surprised by a situation as unexpected and probably not prepared for a dogfight with one of the best Russian multipurpose fighters, Israeli pilots have quickly turned back South at high speed over the Lebanon.

The Lebanese army has officially announced at 2313 Z (local time) that four "enemy aircraft" (Israeli) had crossed the airspace of the Lebanon.

Death in the air: American Airlines pilot dies mid-flight with 152 on board
https://www.rt.com/usa/317730-american-pilot-dies-mid-flight/

An airline official was only able to reveal that the death was caused by an “illness” and occurred about four hours into the flight. Unconfirmed reports suggest that a flight attendant, who happened to be a former nurse, attempted to provide first aid to the captain but to no avail.
Co-Pilot Passes Out on United Airlines Flight, Plane Diverted to Albuquerque
http://abcnews.go.com/US/pilot-passes-united-airlines-flight-plane-diverted-albuquerque/story?id=34283193

Syria conflict: Russia violation of Turkish airspace 'no accident'
Russia's violation of Turkish airspace over the weekend "does not look like an accident", Nato has said.
http://www.bbc.com/news/world-europe-34453739
US boy, 11, held for shooting dead eight-year-old neighbour
An 11-year-old boy in the US state of Tennessee has been held on suspicion of shooting dead an eight-year-old girl in a row over a puppy.
http://www.bbc.com/news/world-us-canada-34450841
Neutrino 'flip' wins physics Nobel Prize
The discovery that neutrinos switch between different "flavours" has won the 2015 Nobel Prize in physics.
http://www.bbc.com/news/science-environment-34443695
Kunduz: Afghan MSF hospital strike a mistake, says US
The US commander of international forces in Afghanistan has said an air strike on a hospital in the northern city of Kunduz was a mistake.
http://www.bbc.com/news/world-asia-34458270
Bots to the rescue? Drones may save the planet by bombing it with seed pods
https://www.rt.com/news/317787-drones-seeds-plant-trees/

PayPal Crashes: Global System Fault Hits Every Account Monday Night
“It is our technical problem,” she said, but was unable to confirm when the glitch would be fixed, or what had caused it............
Ironically, the system failure occurred only hours after PayPal was named as one of the most valuable global brands for 2015 by specialist consultancy Interbrand."
http://thomasdishaw.com/paypal-crashes-global-system-fault-hits-every-account-monday-night/

This Is How Close US And Russian Jets Are To A Dog Fight Above Syria
http://www.zerohedge.com/news/2015-10-06/how-close-us-and-russian-jets-are-dog-fight-above-syria

A radar map lays this out best: the yellow aircraft are Russian, the green are American.


Go ahead and start the countdown to an "accident", false-flagged or otherwise.

"Doctors Without Borders/Médecins Sans Frontières (MSF) expresses its dismay that TPP countries have agreed to United States government and multinational drug company demands that will raise the price of medicines for millions by unnecessarily extending monopolies and further delaying price-lowering generic competition. The big losers in the TPP are patients and treatment providers in developing countries. Although the text has improved over the initial demands, the TPP will still go down in history as the worst trade agreement for access to medicines in developing countries, which will be forced to change their laws to incorporate abusive intellectual property protections for pharmaceutical companies.

(star)  *Did Obama Bomb Doctors Without Borders for Opposing TPP?*

Had the President of Nobel Peace Prize-winning Doctors Without Borders not warned us of the “imminent threat to global health” posed by the TPP, would these 22 doctors and patients have lost their lives early Saturday?

China may deploy her navy to Syria in the coming days, but there are no reliable indications that any Chinese navy arrivals are imminent.  The aircraft carrier Liaoning.  If the carrier had been through the Indian Ocean, we would all have known about it weeks ago.  There is also absolutely no way the Liaoning could go through the Suez Canal without making front-page news.
http://libertyunyielding.com/2015/09/27/theres-no-chinese-aircraft-carrier-in-syria/
my skype comment:  hahahahahha!!!!!!  to  fuckin funny!!!!!!  that's because it's been in the Med doing war manuvers with Russia for MONTHS@!@@@@

New period alert will text women from inside their vagina
The Looncup – which is similar to the already popular Mooncup – is placed inside the vagina to collect menstrual blood, but, unlike the Mooncup, users will not need to check when to change.
Using Bluetooth, the product will alert users when their cup is 50 percent and 70 percent full. As well as notifying users of their cup capacity, the Looncup can alert women to potential problems such as sleep loss or stress by analyzing the color of the blood.
https://www.rt.com/uk/317794-period-app-vagina-text/

Dosed Chemtrails: Have you had your Lithium Today?
I reported on "Lithium dosing" experiments back in March 2015 on Transpicuous News- and I said that this is NOTICE.    And here we are 6 months later with reports of Lithium being used in Chemtrails- not just in Oregon either..... I can guarantee that this new chemtrail cocktail is being use all over the place.  ...

In a Nutshell:  Lithium is a mind numbing drug that literally makes people not give a shit about anything.  You house could be burning down around you, and you wouldn't even care....

....Sound familiar?  Kind of like society as a whole right now?

"According to a weekly roundup by the Russian Defense Ministry, the country’s contingent in Syria has launched some 120 combat sorties over the week, hitting over 110 targets. The bombing destroyed over 71 pieces of armor, about 30 other vehicles, several artillery pieces, 19 command facilities, two communication centers, 23 depots with fuel and ammunition, six plants used to make IEDs, including car bombs, and several training camps."

Someone is flexing their muscles.....lol

"Four Russian Navy warships have fired a total of 26 missiles at the position of the terrorist group Islamic State in Syria, Russia’s Defense Minister Sergey Shoigu announced. The missiles were fired from the Caspian Sea. "

THATS 1500 Kilometers, from the Caspian Sea to Syria
https://www.rt.com/news/317864-russian-warships-missiles-launch/

An Ohio woman has been awarded $1.6 million after a jury ruled that a chemical from a DuPont Co. plant contaminated drinking water and contributed to her development of kidney cancer. The verdict could influence thousands of similar lawsuits.
https://www.rt.com/usa/318032-dupont-chemical-cancer-lawsuit/

Will China join forces against TPP?
The newly-signed controversial Trans-Pacific Partnership sounds like a big win for the US and its allies, but leaving out China. This snub may leave Beijing with no other option but to form its own bloc with other countries left out. ... "The main victim is China… because in order to sell to other TPP members, the country needs to have created goods with its raw material or input," Quijano told the Sputnik news agency.

The countries will therefore not buy raw materials from China, as they would want to sell the goods to the US and other countries, he said.
"It is clear that the aim is to generate trade diversion towards those who are members, and to remove China, which is not [a member]," Quijano added.
This raises questions, whether China and other countries are ready to unite to counter-balance the Pacific Rim pact.
"China and Europe may finally look at each other and find some commonalities that they were unaware of before,"
https://www.rt.com/business/318012-china-us-trans-pacific-partnership/

Almost 300 Europe-bound migrants arrested in Libya
Libyan authorities said almost 300 migrants, a third of them from Senegal, were arrested Thursday as they prepared to board boats for the Mediterranean crossing to Europe.
https://news.yahoo.com/almost-300-europe-bound-migrants-arrested-libya-164005184.html;_ylt=A0LEVjK3zBZWMp4A7rknnIlQ;_ylu=X3oDMTByOHZyb21tBGNvbG8DYmYxBHBvcwMxBHZ0aWQDBHNlYwNzcg--

* Before and After: A Picture of Opposites*

As history is changed on a daily basis, and propaganda seems to wipe clean peoples memories when it comes to the past, sometimes we need to really look at what is being rewritten, and WHY.

Back in 2011 the famous magazine, Vogue, did a huge article about the First Lady of Syria: Asma Al-Assad, calling her the "Lady Diana of the Middle East".  When it became clear that the articles glowing tribute to the first family of Syria was NOT going to work with the propaganda that was being spun by the US and UK to destroy Al Assad, Vogue was forced to remove the article.

This article is a vital piece of "history", if you will, a reminder of how Syria was viewed BEFORE the US began it's deliberate and destructive propaganda machine against Assad. ....

"The leaked documents are dated October 5, the same day the 12 participating nations ‒ including the United States, Mexico, Canada, Japan and Vietnam ‒ announced a deal had been struck in secret between trade negotiators. The full text of the Trans-Pacific Partnership (TPP) will not be released to the public until after October 19, WikiLeaks noted, the date of the Canadian federal election."