So much info..... so much ridiculousness.... and ohhhhh so predictable.

Here are two screen shots that I nabbed yesterday

First two:  Why is the Google Search I did Yesterday October 1, about 6 hours after the so called "shooting", showing news links about the shooting dated September 30th?   It's the pacific time zone..... the "shooting" happened at 1038 Pacific daylight time.... there are NO time zones ANYWHERE that would still be in Sept 30th at that time of day.  ZERO< 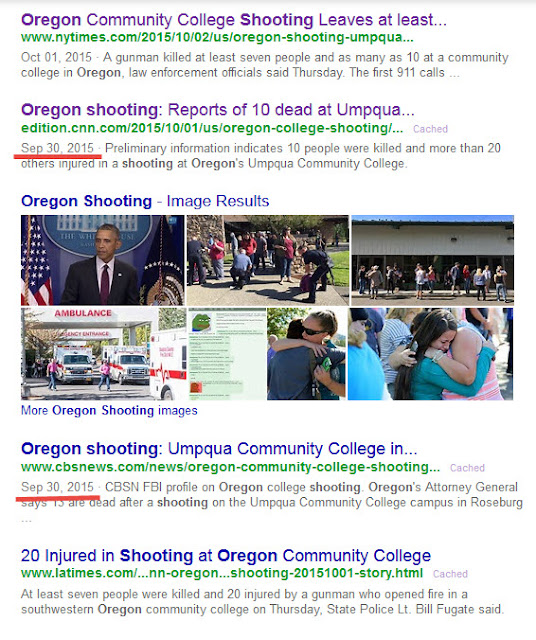 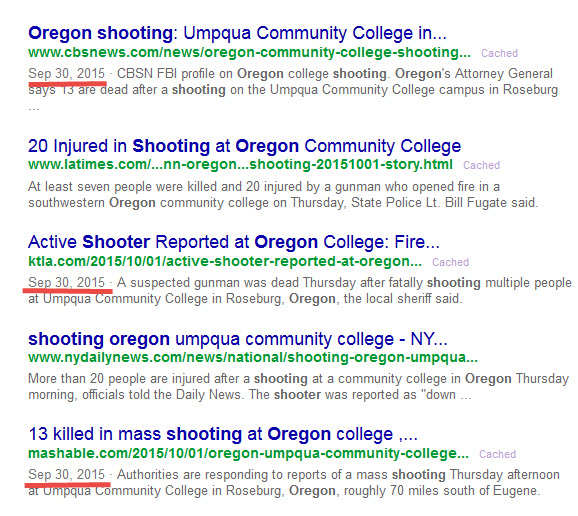 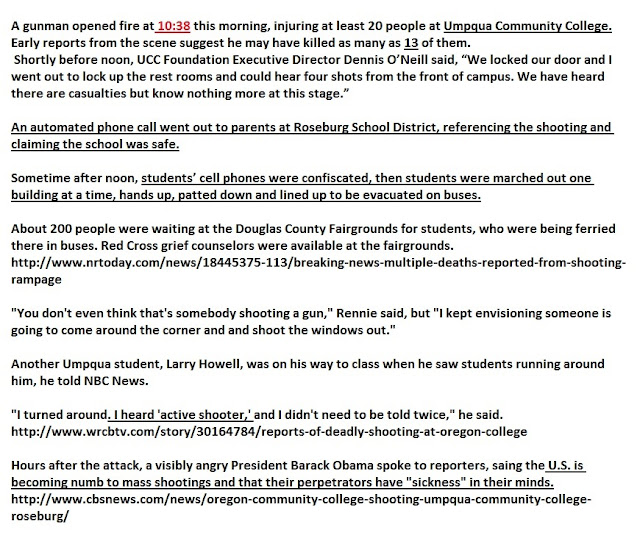 Above is a screen shot of a few notes that I took while looking through the news stories about this false flag event.


and here is some more info- just a few videos pointing out the ridiculousness of this all...


Obama and his joint chiefs just got their asses handed to them by the Russians, in Syria.  Now Iraq's Government  has officially stated that they would like Russia to come on over to Iraq and help them get rid of ISIS there.   The Stock markets are dropping like flies. the Fed is screwed to hell and back.....   DO NOT BE DISTRACTED BY THE FALSE FLAGS!!!!!

the fortified ISIL command center has been damaged and that the infrastructure of the terrorist training camp has been fully destroyed.