Peace, Piece: What's in a word?

Lisa fell down a rabbit hole of Etymology yesterday, and it definitely spiked my interest.  If there is one thing that we've learned through this journey, it's that many words that we use regularly, don't mean what we think they mean.  The journey of discovery starts with the language we speak and read, and fully comprehending the actual definitions of words gives us a huge insight into the world around us, and the agendas that are being perpetuated.


The word we are looking at today is:

Lisa brought it up, and I asked two of the most word savvy people I know - Arthur and Gary-  to dig in and give me their perspectives.

Here is Lisa's original message to me:

4 hrs
ok, so with the POPE and AGENDA 30 making references to PEACE i felt that looking at the etymology of the word was in order. Follow the links to connected words to get the full picture.


and my message to Arthur and Gary:

Etymology of the word "Peace"  ...... can you take a look at the deeper aspect to this?  I'd love your opinions as it pertains to all that we're hearing right now about "Peace" by the Vatican and UN et al

the better word is safe

safe (adj.) Look up safe at Dictionary.com
c. 1300, "unscathed, unhurt, uninjured; free from danger or molestation, in safety, secure; saved spiritually, redeemed, not damned;" from Old French sauf "protected, watched-over; assured of salvation," from Latin salvus "uninjured, in good health, safe," related to salus "good health," saluber "healthful," all from PIE solwos from root sol- "whole" (cognates: Latin solidus "solid," Sanskrit sarvah "uninjured, intact, whole," Avestan haurva- "uninjured, intact," Old Persian haruva-, Greek holos "whole").
As a quasi-preposition from c. 1300, on model of French and Latin cognates. From late 14c. as "rescued, delivered; protected; left alive, unkilled." Meaning "not exposed to danger" (of places) is attested from late 14c.; of actions, etc., "free from risk," first recorded 1580s. Meaning "sure, reliable, not a danger" is from c. 1600. Sense of "conservative, cautious" is from 1823. Paired alliteratively with sound (adj.) from late 14c. The noun safe-conduct (late 13c.) is from Old French sauf-conduit (13c.).
this is why the department of public safety is also the department of corrections
correct the records as you are assured of being safe
http://www.newadvent.org/cathen/16066a.htm
http://www.newadvent.org/cathen/11595a.htm
http://www.newadvent.org/summa/3029.htm

Peace and its phonetic synonuym piece are most definitely spell words. From this 1's perspective they highlight collective ignorance about the facts of micro and macro, self vs public in relationship to man-made ideas, concepts, perspectives, and language vs nature. For peace to be possible require the first existence of a waring divided-condition or one which is in pieces.
Peace
“freedom from civil disorder”,
"peace, reconciliation, silence, permission" reconciliation = commercial activity
"compact, agreement, treaty of peace, tranquility, absence of war"
"fasten," related to pacisci "to covenant or agree"
"safety, welfare, prosperity."
"quiet"
Peace-sign The U.S. Peace Corps was set up March 1, 1962. Peace sign, both the hand gesture and the graphic, attested from 1968.
https://en.wiktionary.org/wiki/peace
A state free of oppressive and unpleasant thoughts and emotions. (controlled-mind/thinking from a governance position would be a peaceful state)
Harmony in personal relations. (personal root word person = commercial)
A state free of war, in particular war between different countries.

piece (n.)
"fixed amount, measure, portion," (measure = commerce fixed = controlled, this meaning is all about controlling values (another dual/duel word) by controlling weights and measures)
“piece, bit portion; item; coin" (bit =data coin= currency)
"portable firearm" first recorded 1580s (war connection)
"bimbo, anyone available for a price," (sex, biblical aspect of adultery)
"a portion of a distance" (again related to measure = value =commercial)
"literary composition" (written communication foundation of Law legal vs lawful, opinion)
"to mend by adding pieces," "to join, unite, put together" (these meanings were added in the late 14c and 15c and they make this word circular in meaning or all inclusive of dualistic sets of meanings and this is an example of the snake eating its tail. If the “author” fails to state a specific “use” (a trust was called a use before being a trust) or meaning for this word by definition (no-fact-contract) its meanings render it neutral or neutared/neutered.
“A part of a larger whole, usually in such a form that it is able to be separated from other parts. “
(a divided or fractaled condition or state)
“A single item belonging to a class of similar items: as, for example, a piece of machinery, a piece of software” (singular vs plural)
“An artistic creation, such as a painting, sculpture, musical composition, literary work, etc “
(creation/ creativity root word create is root of creator indirectly referencing deity or deification)
“A shoddy or worthless object (usually applied to consumer products like vehicles or appliances)“ (commerce/ consumerism)
“An individual; a person.” (this is the big one and as usual its kind of hidden away in the wik entry. This is about Law and status a very deep subject as you know”.
“(obsolete) A castle; a fortified building” ( a lot of possibilities can be a created from the physical castle, a man's castle, military, building a nation, culture, an ideology, a church, belief system, walls, boundaries can all correlate with castle) (a castleman holds the keys to the castle = the code)
“To assemble (something real or figurative). “
“To make, enlarge, or repair, by the addition of a piece or pieces; to patch; often with out. “
“To produce a work of graffiti more complex than a tag”
Peace and Piece are commercial used to spell the 2-poles of the collective thinking. Why? Because commerce sits between these 2 poles with its own set of rules. The ea of peace and ie of piece also show the phonetic pole of this ea/ie root which even thought spelled the same has a different phonetic sound when we compare daed, dead and this becomes the foundation of a living being to the fiction public and commerce worlds by the creating of the word deed which captures all that you can do. If 1 pole is at peace internally then the other is in piece. The public must always have a divided condition of state otherwise its ceases to exist by design. These words are used by commerce to appease the mind or create an illusion of closure or balance within the macro-focused perspective.


So now..... when you hear Pope Francis, Obama, or any other talking head, speaking about "Peace", pushing the "Peace" agenda, we can see that their meaning of "Peace" is radically different from what we've been taught, and programmed to think it means.  Can you see the Agenda now?


When the talking heads say "Peace", what they really mean is: 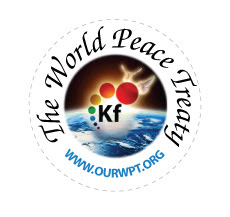