When the Oceans are empty, Economy's don't float

American, and Western media in General, lately sound a lot like something out of a South Park Movie, except instead of singing "Blame Canada, Blame Canada", the current lyrics of choice are: 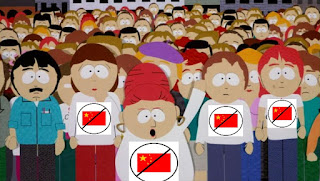 Really, it's become an epic 3 ring circus, except that the clowns are scary, and the acrobats are swinging by shoe strings, the lions have got the whips, and the magicians have disappeared into their own hats. ....

While the US media is keeping people distracted with all sorts of ridiculousness, the global economy is collapsing, the TPP is about to be signed, and the Middle East is at war.  But don't worry I'm sure that Bernie and Donald can save it. ....

buhahahahhaha!!!!!   Oh god, the political rhetoric right now is hysterically funny to those of us outside the brainwash zone.....  or it would be, if I wasn't so freaked out by clowns.

"Blame China" is the clarion call of the US financial Media...... but anyone with half a working brain cell isn't buying the latest US Jobs report, nor the clowns telling Americans that the US Economy is just hunky dory and AOK. 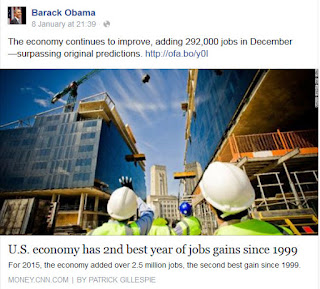 But given the fact that not a ship is shipping anything anywhere, you have to wonder what they are selling in the US that is creating such a "strong economy".... air?  (hopefully not from Los Angeles),  Water?  (hopefully not from Flint Michigan)..... Oh I know!  It's the Stock Market that's buoying up the US economy..... 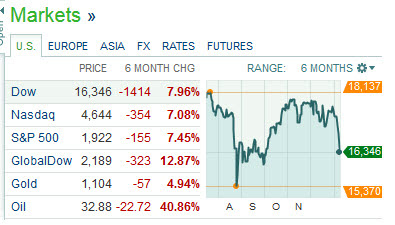 Anyway, for those of you who are interested, there are a couple of interesting articles  down below, that shed a spotlight on the undercurrent of global economic collapse.

Live update of marine shipping as of this morning, 1034 gmt Jan 10, 2016- I have found ONE ship in the Pacific that is in transport, and two in the Atlantic in transport. ..... every other ship is docked or anchored.  Strangely, the Mediterranean Sea is PACKED.


Commerce between Europe and North America has literally come to a halt.  For the first time in known history, not one cargo ship is in-transit in the North Atlantic between Europe and North America.  All of them (hundreds) are either anchored offshore or in-port.  NOTHING is moving.
This has never happened before.  It is a horrific economic sign; proof that commerce is literally stopped.
The reason commerce has stopped is simple: People are not buying things.   When people do not buy things, retailers do not sell things, so they do not order more goods for stock.
When retailers do not order goods, manufacturers don't make anything because there are no orders to fill.  When manufacturers do not make goods, they don't order raw materials for manufacturing.
When there are no orders for raw materials, commodities sellers do not sell raw materials. When no raw materials are sold, there is no shipping by large cargo ships, (or railroads or tractor trailers) to move anything.
Put simply, the global economy is LITERALLY stopping.  Right now.  Today.
How things go from this point forward is simple:  Without sales, retailers are not even "turning dollars" so they will have to layoff employees and close stores.  Without orders, manufacturers will have to layoff employees and shut down.  When manufacturing shuts down, suppliers of commodities will have to layoff employees and cease operations.   As all of this economic activity comes to a halt, then the disaster REALLY takes off:

When businesses are not even "turning dollars" they cannot pay back their loans.  Retailers, manufacturers and commodities suppliers will begin defaulting on bank loans within 30 days.  When enough of them default, it begins taking-out banks.  As banks begin to fail, others will run to their banks to withdraw money for fear THEIR bank will fail too; and therein starts "bank runs."


To see the live feed for Ocean/waterways shipping click HERE


inShare7
Another day, another fresh all-time record low in The Baltic Dry Index as Deutsche Bank's "perfect storm" appears ever closer on the horizon. Plunging 4.7% overnight to 445 points, this is 20% lower than the previous record low in 1986 and as one strategist warns, "It’s a brutal start of the year, there’s just nowhere to hide on the market."


BUT  That was Jan 6th..... everyone has gone silent on the Baltex Dry Index as of Friday Jan 8th 2016 when just two days later the Baltex has fallen radically again: 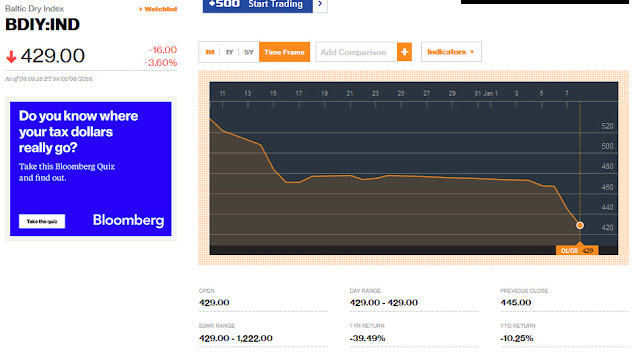 Simon Black
January 8, 2016
In case it weren’t completely obvious how completely screwed up the financial system is, please allow me to introduce Exhibit A: the Federal Reserve’s own balance sheet.....


.....In the US, the Federal Reserve’s assets total $4.486 trillion, including more than $2 TRILLION in US government debt. The Fed also has total capital (i.e. net worth) of $39.5 billion.
That sounds like a lot. Until you realize that it constitutes just 0.88% of its total assets. Not even 1%!
This is a tiny, almost nonexistent level of capital at the Federal Reserve.

Put another way, the issuer of the United States dollar, the most widely used currency on the planet, and the central bank of the largest economy in the world, has almost no margin of safety.
This puts the entire global financial system at a tremendous level of risk....

.....But what’s really astonishing about all of this is how quickly the Fed’s balance sheet deteriorated. And why. Just two weeks ago, the Fed’s total capital was nearly $59 billion. And even that wasn’t very much given the size of its balance sheet.

....It turns out that Congress and the President passed a law last month called the Fixing America’s Surface Transportation (FAST) Act. We’ve talked about this one before– the FAST Act is supposed to provide funding for America’s highway system. But one of the provisions is that a US citizen can have his passport revoked if the government believes in its sole discretion that he owes too much tax. Crazy. And, buried deep within the nearly 500 pages of legislation is a neat little section demanding that Federal Reserve bank surpluses above a certain amount must be turned over to the United States Department of Treasury.
In other words, the US government is so broke that they’re now confiscating assets from the Fed, putting the entire global financial system at even more risk.......Governments are completely bankrupt. And even central banks now are being pushed into insolvency by the bankrupt governments they support.

As a final note on this, I'd like to remind everyone about this ISO document that I published last summer and the ramifications of that which coincide with various Vatican announcements.....

With immediate effect, the following minor corrections are made to “Table A.1 – Currency and funds code list” (as advised by the ISO 3166 Maintenance Agency):

Read the article and watch the video report HERE: http://removingtheshackles.blogspot.com/2015/07/the-vatican-jubilee-national-bankruptcy.html