The Matrix: Shackles for the Mind

I'm currently working through another abscessed tooth (*sigh* yea, know!), so today I was taking it easy.  Nick and I sat in bed and watched a movie.


There were a few times that we paused the movie and just looked at each other and laughed.  There is a subtlety in a couple of parts that I hadn't "gotten" the last time we'd watched the movie, a few moments of extreme clarity that really WOW'ed me.

No, I don't think that we are living in a world controlled by the machines, lol.  But if you were to substitute a few words in the dialogue, for example, instead of "the machines", insert the word "the controllers"...?

Our "controllers may not be machines, yet the the world that we live in is no less of an illusion. A mirage that has been created to trick us into thinking we are "free".  There are so many comparisons to our own world, and the "reality" that the controllers have created for us to live in, that we can absolutely see the matrix surrounds us daily.

"Copper Top" is what Neo is called by Switch.  A battery.  Battery = Energy.

Some might think this is an over exaggeration, and yet, this is EXACTLY what the "controllers" have done.  "They" have stolen our energy and kept the people in shackles for the mind.  All "their" templates are to control us and to hide from us truth of what we really are: I AM.  UNLIMITED. Our created reality is NOT actually "Reality" at all.  It is a construct. A false facade to veil the REALITY that IS.

Watch The Matrix again.  It's closer to the truth than the world thinks.

Morpheus: I can see it in your eyes. You have the look of a man who accepts what he sees because he is expecting to wake up. Ironically, this is not far from the truth. Do you believe in fate, Neo?

Neo: Because I don't like the idea that I'm not in control of my life.

Morpheus: I know exactly what you mean. Let me tell you why you're here. You're here because you know something. What you know you can't explain. But you feel it. You've felt it your entire life. That there's something wrong with the world. You don't know what it is but it's there, like a splinter in your mind driving you mad. It is this feeling that has brought you to me. Do you know what I'm talking about?

Morpheus: Do you want to know what it is? The Matrix is everywhere. It is all around us, even now in this very room. You can see it when you look out your window or when you turn on your television. You can feel it when you go to work, when you go to church, when you pay your taxes. It is the world that has been pulled over your eyes to blind you from the truth.Neo: What truth?
Morpheus: That you are a slave, Neo. Like everyone else you were born into bondage, born into a prison that you cannot smell or taste or touch. A prison for your mind. Unfortunately, no one can be told what the Matrix is. You have to see it for yourself. This is your last chance. After this there is no turning back. You take the blue pill, the story ends, you wake up in your bed and believe whatever you want to believe. You take the red pill, you stay in Wonderland, and I show you how deep the rabbit hole goes. Remember, all I'm offering is the truth, nothing more.

Morpheus: Have you ever had a dream, Neo, that you were so sure was real. What if you were unable to wake from that dream. How would you know the difference between the dream world and the real world?

Neo: This, this isn't real?

Morpheus: What is real. How do you define real? If you're talking about what you can feel, what you can smell, what you can taste and see, then real is simply electrical signals interpreted by your brain. This is the world that you know. The world as it was at the end of the twentieth century. It exists now only as part of a neural-interactive simulation that we call the Matrix. You've been living in a dream world, Neo. ...... The human body generates more bio-electricity than a 120-volt battery and over 25,000 BTU's of body heat. Combined with a form of fusion the machines had found all the energy they would ever need. There are fields, endless fields, where human beings are no longer born, we are grown. For the longest time I wouldn't believe it, and then I saw the fields with my own eyes. Watch them liquefy the dead so they could be fed intravenously to the living. And standing there, facing the pure horrifying precision, I came to realize the obviousness of the truth. What is the Matrix? Control. The Matrix is a computer generated dream world, built to keep us under control in order to change a human being into this. 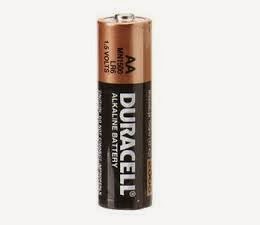 Neo: No. I don't believe it. It's not possible.

Neo: I know what you're trying to do.

Morpheus: I'm trying to free your mind, Neo, but I can only show you the door, you're the one that has to walk through it.

Agent Smith: Can you hear me, Morpheus? I'm going to be honest with you. I hate this place, this zoo, this prison, this reality, whatever you want to call it. I can't stand it any longer. It's the smell, if there is such a thing. I feel saturated by it. I can taste your stink. And every time I do I feel I have somehow been infected by it. It's repulsive, isn't it? I must get out of here. I must get free and in this mind is the key, my key. Once Zion is destroyed there is no need for me to be here, don't you understand?

Morpheus: She told you exactly what you needed to hear, that's all. Neo, sooner or later you're going to realize, just as I did, there's a difference between knowing the path and walking the path.

Neo: I know you're out there. I can feel you now. I know that you're afraid. You're afraid of us. You're afraid of change. I don't know the future. I didn't come here to tell you how this is going to end. I came here to tell you how it's going to begin. I'm going to hang up this phone and then I'm going to show these people what you don't want them to see. I'm going to show them a world without you, a world without rules and controls, without borders or boundaries, a world where anything is possible. Where we go from there, is a choice I leave to you...