QEG- Quantum Energy Generator: Coming soon to a neighborhood near you!

Exciting doesn't even come close to describing adequately the feeling of a breakthrough being within reach.   Hope Girl's updates on the QEG- Quantum Energy Generator - have left a lot of people holding their breath in anticipation of it's release.  I chatted briefly last night with Hope and the excitement is almost palpable as it's release is imminent.  I am hoping to get into a much more in depth conversation with Hope very soon as both Nick and I are very very keenly interested in the QEG and bringing it out to the people through mass production.

As I wrote last night, this is the moment for bringing together all those incredible people who have been working so hard on building and developing the technologies that will change this planet forever.  The time has arrived for the coming together of ALL those working for the betterment of all BEings. The  time is NOW.

We are all working together, we are all ONE, and we move forward as ONE.  Those working for the greater good will shine as beacons, bringing others out of hiding.  They in turn will also beckon  to others to come out, bringing with them the works of their hands and hearts and minds.

No more hiding.
No more being threatened
No more fear

QEG: WE ARE SERIOUS AND WE ARE MAKING IT HAPPEN 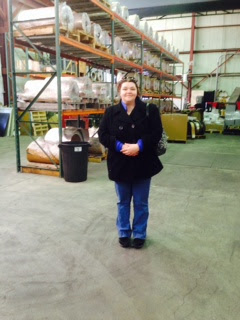 “Well, does it work?”  This of course seems to be the question on everyone’s mind. I ask everyone to please understand that there are good reasons why we are not making that announcement publicly.
The answer to that question can be found in the thousands of free energy devices that have been built that do indeed work. Check the US Patent Classification System, they have 6,000 inventions a year that they confiscate… because they work. So working devices never get to the people. Why? Check here for a mindblowing example of what the US Government does to inventors with working devices: http://www.theorionproject.org/en/suppressed.html
Making a big announcement publicly (and especially not on Facebook!) at this stage, ie. before the QEG’s are in people’s homes would be plain stupid.

THE QUESTION EVERYONE SHOULD BE ASKING IS: HOW DO WE GET THIS OUT TO THE PEOPLE?

This is our focus now, and we ask that you help us spread this document as far and wide as you can.  Everyone needs to know about this, and we are depending on you THE PEOPLE to help spread the word. Its up to all of us! We’ve got plans, we’ve got a huge network of people around the world. And we are rolling this out in phases… because it has to be done right, we have to have a strategy and we have to be organized.
Above and below are some pictures taken during QEG development. 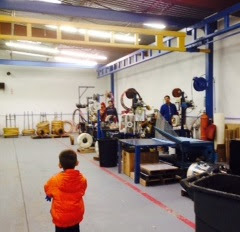 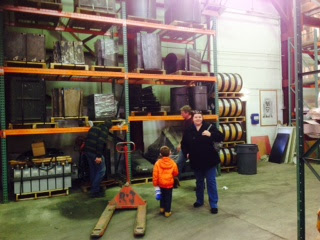 He have put together a very important document and have posted it below in its entirety. You can also click on the link at the bottom for a pdf version for easy sharing. AUDIO READING YOUTUBE VIDEO OF THIS DOCUMENT COMING SOON!(apologies for any spacing problems here, wordpress was acting up again!)


TABLE OF CONTENTS:
INTRODUCTION
WHAT IS THE QEG? DESCRIPTION
PATENTS
IMPORTANT HISTORY AND BACKGROUND
TESLA, EDISON, JP MORGAN
MAXWELL, EDISON, JP MORGAN AND THE LAWS OF PHYSICS
THE FLIGHT OF THE BUMBLEBEE AND THE LAWS OF NATURE
GOVERNMENT FUNDED RESEARCH AND HIGHER EDUCATION
US PATENT OFFICE CLASSIFICATION SYSTEM
BARRIERS TO MARKET ENTRY
SUPPRESSION FROM COMPETING INTERESTS
BELIEF SYSTEM / CONSCIOUSNESS / LAWS OF PHYSICS
FINANCIAL CONTROL
CONTROLLING INTERESTS
PARANOIA, GREED, SECRECY
AREAS TO AVOID DURING QEG PRODUCTION AND DISTRIBUTION
GREED
ATTEMPTING TO MAKE A ‘STUPID’ PROFIT
PATENTING OR ATTEMPTING TO CLAIM SOLE OWNERSHIP OF THE QEG
MARKETING THE QEG THROUGH MAINSTREAM MEDIA
ATTEMPTING TO CONTROL, FORCE, CHANGE, OR CUT CORNERS DURING QEG PRODUCTION
MASS PRODUCTION IN A LARGE CORPORATE ENVIRONMENT
DEPENDING ON A SINGLE FUNDER FOR QEG PRODUCTION
FTW QEG NEW PARADIGM DISTRIBUTION PLAN
THE POWER IS WITH THE PEOPLE
OPENSOURCE
LOCAL COTTAGE INDUSTRY PRODUCTION AND MYCELLINE DISTRIBUTION
FTW GIVE BACK POLICY PROPOSAL
SPONSORSHIP PROGRAMS AND COMMUNITY CROWDFUNDING
START UP TRAINING PROGRAMS

INTRODUCTION
The Fix the World Organization (FTW) is a services business for humanitarian projects. We have been developing a Quantum Energy Generator (QEG) as our pilot project to distribute to the world.  The building of the QEG prototype was crowdfunded by hundreds of people that support this work. Now that the QEG is here, we have prepared this document to provide information and historical education on some important concepts around the QEG and to disclose our plans for distribution.
FTW intends to foster the development of Cottage Industry Community Units (CICU) for the production and distribution of QEG’s. To do this we will offer our consulting services for startup training programs and sponsorship programs. FTW will be manufacturing a limited number of QEG’s for sale to finance the creation of our CICU start-up trainings. FTW does not intend to be the sole manufacturer of the QEG, rather it is our top priority to put the QEG in the hands of the people and teach others how to make QEG’s for themselves.

WHAT IS THE QEG? DESCRIPTION
The Quantum Electric Generator system (QEG) is an adaptation of one of Nikola Tesla’s many patented electrical generator / dynamo / alternator designs. The particular patent referenced is No. 390,414, titled Dynamo-Electric Machine, and dated October 2, 1888.
The QEG prototype is scaled to produce electrical power in the range of 10-15 kW (kilowatts) continuously, and can be wired to provide either 120 Volt or 230-240 Volt single phase output. We are also planning future designs to provide 3-phase power.
Service life of the device is limited only by certain replaceable components, such as bearings, v-belts, and capacitors. The basic machine should operate trouble-free (with minimal maintenance) for as long as any good quality electro-mechanical appliance, such as a quality washing machine or refrigerator. Heavy-duty mechanical components are used throughout for reliability.
The QEG is not a complicated device, as it is designed (like Tesla’s other ‘discoveries’), to work in harmony with natural laws, rather than with the power-wasting symmetric motor and generator designs used in today’s mainstream industry.
An effective way to understand the operating principle of the QEG is to think of it as a high-powered, self-resonant oscillator (what used to be called a ‘multivibrator’), adapted to transform high-voltage pulses (15 to 25kV) into line voltage AC output, at current levels up to 120A.  In today’s alternative energy terminology, it would be a type of resonance machine.
The circuitry that develops high power in this device is really based on an existing but under-utilized power oscillator configuration, however, the ‘quantum’ part of the design has to do with how the generator is started. Conventional alternators (AC generators) usually have a device called an ‘exciter coil’. This coil is usually a smaller, separate rotor winding that provides an AC voltage that is rectified and used to power the generator’s field coil(s).
In the QEG, there is no internal common exciter coil. In addition, to look at the circuit diagram, it is not apparent where the input power comes from to start resonance, and this is key; the QEG exciter coil is external to the generator, and the excitation signal is conducted through the quantum field (zero point) into the generator core, to start oscillation. Once the machine builds up to the resonant frequency, it powers itself (is self-running).
James M. Robitaille
Engineering Artist for the QEG
Fix the World Council
February 10, 2014

The QEG is a modern day artistic improvement on Tesla’s original engineering artwork, The Dynamo-Electric Machine, registered with the United States Patent Office #390414, and in the public domain.
The lifespan of design patents extend to 14 years, starting from the date of application rather than the date of approval.  Patents protect the rights of the inventor, but at the same time the very purpose of issuing patents is to ‘promote science and useful arts’ wherein the inventor agrees to share the knowledge to the world after a period of exclusive right to commercially exploit the knowledge. Therefore, the inventor retains monopoly over the invention during the pendency of the patent. After expiry, the knowledge becomes public domain that anyone can access and use. The government makes public the description of the product, filed at the time of application. The inventor no longer has exclusive rights over the knowledge or invention, and anyone can access the patent office records and copy the invention.
The main content and claims of Tesla’s patents were recorded back in the late 1800s, therefore all main claims and or any improvements to rise around the original patented idea are in public domain.
The QEG is to be considered an improvement to a prior granted art. Therefore, the QEG must not be considered of enough grounds to obtain the granting of a unique art as is the granting of a patent anywhere on planet earth.
Furthermore, an improvement based on newer advanced technology to run, operate, or control the prior granted art should be classified also as non-patentable intellectual art.
The QEG, its blueprints, and user manual in its original entirety are to be considered new means for operating the prior granted art and based on the research and development of James M. Robitaille, Advanced Engineering Artist, FTW Organization, whose purpose and intention is to freely disclose it, open-source it, and share it with the world as Nikola Tesla intended.
It is understood that by making the QEG, its blueprints and user manual in its original entirety public and available to all, it is an ‘open sharing’ of an improvement on a public prior granted art and will be used as proof of prior existence by its permanent timestamp and links in many public and social networks where it has been uploaded, becoming non-changeable.
The QEG, its blueprints and user manual in their original entirety are an improvement on a public prior granted art that has been given freely and without prejudice to the people of planet earth. It can be replicated and distributed for the use of the people.
For supporting information please see:
http://www.brighthub.com/office/entrepreneurs/articles/42924.aspx