Below is the "News" story on BBC about the meteor strike that happened 6 MONTHS ago.  Please note the large amount of  babble of nothing being said.  But also note that within the babble there are two pointed pieces of information:

"They say the collision would have generated a flash of light so bright that it would have been visible from Earth."

""Usually lunar impacts have a very short duration - just a fraction of a second. But the impact we detected lasted over eight seconds. It was almost as bright as the Pole Star, which makes it the brightest impact event that we have recorded from Earth," said Prof Madiedo. "


Yet even though it "would have" been seen by the naked eye on Earth, not a single report ANYWHERE from people seeing a light as bright as the Pole Star on the Moon.


Could it be that people were distracted by the fireballs in the sky?

I find it very interesting that 6 MONTHS after a very peculiar incident- one that makes absolutely no sense at all in terms of a simple meteor strike- regardless of it size- on the moon, all of a sudden NOW.... they are releasing this information.


I'm keeping my eye peeled on this one as my inner itchy bump is definitely itchy!!


Below are a few links and notes on interesting happenings right around this time.

Interestingly enough, this is what the Sun supposedly looked like the week before and after Sept 11/13

According to SOHO and NOAA, the sun did.... nothing that week- not even the slightest flare from anywhere.

The following image was released by NASA on November 7th.... again, pictures taken on Sept 10 2013. 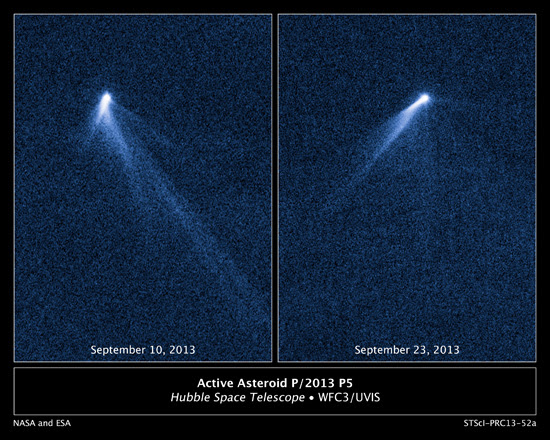 By the end of Sept. 2013  NASA was shut down along with other government agencies in the US government shut down.


It was also at this time that the ISON hype was being ramped up:

And two days before that, comet Lovejoy was discovered:

This is the less than astounding video posted on RT HERE 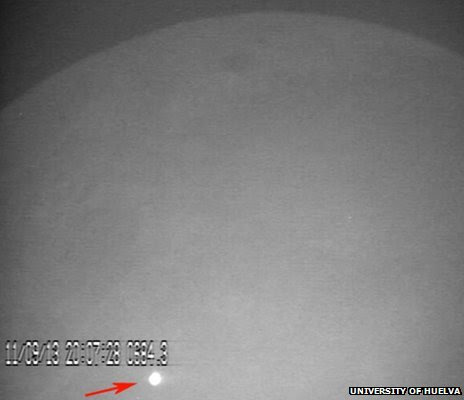 The impact appeared as a bright white flash on 11 September 2013
Scientists say they have observed a record-breaking impact on the Moon.
Spanish astronomers spotted a meteorite with a mass of about half a tonne crashing into the lunar surface last September.
They say the collision would have generated a flash of light so bright that it would have been visible from Earth.
The event is reported in the Monthly Notices of the Royal Astronomical Society.
"This is the largest, brightest impact we have ever observed on the Moon," said Prof Jose Madiedo, of the University of Huelva in south-western Spain.

The impact we detected lasted over eight seconds”

Prof Jose Madiedo University of Huelva
The explosive strike was spotted by the Moon Impacts Detection and Analysis System (Midas) of telescopes in southern Spain on 11 September at 20:07 GMT.
"Usually lunar impacts have a very short duration - just a fraction of a second. But the impact we detected lasted over eight seconds. It was almost as bright as the Pole Star, which makes it the brightest impact event that we have recorded from Earth," said Prof Madiedo.
The researchers say a lump of rock weighing about 400kg (900lb) and travelling at 61,000km/h (38,000mph) slammed into the surface of the Moon.
They believe the dense mass, which had a width of 0.6-1.4m (2-4.6ft), hit with energy equivalent to about 15 tonnes of TNT.
This is about three times more explosive than another lunar impact spotted by Nasa last March. That space rock weighed about 40kg and was about 0.3-0.4m wide.
Scarred Moon
The team believes the impact has left behind a 40m-wide crater.
"That's the estimation we have made according to current impact models. We expect that soon Nasa could observe the crater and confirm our prediction," said Prof Madiedo.
It would be one of many scars on the lunar surface.
Unlike Earth, the Moon has no atmosphere to shield it from meteorite collisions, and its surface shows a record of every strike.
The researchers believe that impacts from rocks of about 1m in diameter could be far more common than was previously thought - both on the Moon and on Earth.
However, most rocks of this size would burn up as they entered the Earth's atmosphere, appearing as a fireball in the sky.
For meteorites to make more of an impact here, they need to be larger.
For example, the asteroid that exploded over Chelyabinsk in Russia on 15 February 2013 was estimated to be about 19m wide.
It hit the atmosphere with energy estimated to be equivalent to 500,000 tonnes of TNT, sending a shockwave twice around the globe. It caused widespread damage and injured more than 1,000 people.