Eyes in the Sky

WE know that the Governments of our world keep secrets from it's citizens. Some, maybe, for good reason. For example, when there was an accident in a lab involving live Ebola virus.... yea, it might be best to not start a panic by letting the general population know. But as I've been discussing, the withholding of information from the people of the world for the most part has nothing to do with protecting them and everything to do with the iron control of the Shadow Government to insure that John Q Public knows nothing and is kept powerless and ignorant.

One of the greatest ongoing cover ups of all times is one that many people suspect. Our governments (under the control of the Cabal) continue to deny any official knowledge over and over, and have sponsored the creation of  a huge propaganda campaign through the use of TV and Hollywood to further their "fear & chaos" plan, in a desperate bid to keep the sheeple under their control and living in constant fear.  The cover up I'm talking about is the fact that we are NOT alone in the universe.  Not only are we not alone, but we are being visited by "extraterrestrials" and have been for a long long time.  Our governments know this, they know it very very well, and I'll talk a bit later about WHY they continuously deny the existence of life off our small blue planet.

As with my other articles, I'm going to keep this short and to the point. I will post a few videos here for you to watch and will direct you to other sources of information for you to read and help you with your research. So, here it is in a nutshell:

-The "Area 51", "Roswell" stories are true
-The American (and other countries) government have knows about our visitors since the mid 40's at the very least and have been hiding the fact to cover up their own agendas
-Our Cosmic friends have been here- in our solar system and around planet Earth- for millennia. Our ancient forefathers were well aware of this fact.

Note my use of the term "Cosmic Friends". These galactic citizens are not here to steal our gold, our trees, or our water, nor are they here to enslave the population of earth.  This statement is made from a point of pure logic.  If a group of races from other stars and galaxies have been here, watching over us for thousands of years  it is pretty damn obvious that their technology is way beyond anything we can (most probably) even comprehend.  IF they were here to steal our precious natural resources and kidnap our people.... don't you think they would of done it by now?

The following are some videos that will give you a good idea of what our cosmic friends are up to. Mainly, making sure that our idiots in power don't nuke the world into a ball of cinders.  The first Video is CNN coverage of an ex American Military officer talking about how a ufo appeared and shot "beams of light" at an airborne nuclear missile to disarm it- all of which is caught of official Air Force video footage.

The second video is a National Press Conference that took place in Washington DC on Sept 27 2010:

Group to call on U.S. Government to reveal the facts
Witness testimony from more than 120 former or retired military personnel points to an ongoing intervention by unidentified aerial objects at nuclear weapons sites, as recently as 2003. In some cases, several nuclear missiles simultaneously and inexplicably malfunctioned while a disc-shaped object silently hovered nearby. ... Declassified U.S. government documents, to be distributed at the event, now substantiate the reality of UFO activity at nuclear weapons sites extending back to 1948. The press conference will also address present-day concerns about the abuse of government secrecy as well as the ongoing threat of nuclear weapons.

The third video is of Canadian former Minister of Defence, Paul Hellyer, talking about the fact that the American and Canadian Governments know all about our visitors and have been doing everything in their power to block this knowledge from the citizens of the world.


Slowly but surely the Main Stream Media is starting to report on the massive amount of ufo sightings that are happening across our globe.  Below is a new story by Fox talking about the fact that ufo sightings have skyrocketed in the past couple of months.  I highly suggest that you go to You Tube, do a search on "ufo sightings 2012" and filter it for videos posted in the last month- if you don't filter it you will get a bijillion hits and will take hours and hours to go through it all!!  Keep in mind, yes, there are a lot of hoaxes out there- people just love to play with their CGI software and create all sorts of silly videos- you know, of aliens smoking joints, and spaceships that fart rainbows. I'm just saying, use your discernment.

Now, to the reason that our governments controllers are desperately trying to deny all  of this.  The answer is very simple:    Disclosure.

The Illuminatti/NWO/Dark Cabal, know that our Cosmic Friends have been here, watching over us and interacting with us for  millennia, and the Cabal know that our Friends KNOW everything evil thing that they have done to our planet and it's people for hundreds of years.  THIS is the main reason that they are doing everything in their power to convince the people on our planet that Aliens don't exist, and to terrify the population with Hollywood movies about horrifying aliens that are coming to destroy, rape, pillage and plunder our planet.   Because the Illuminatti know without a shadow of a doubt that our Cosmic friends are out there, watching every move they make.  And with the dark cabal's time almost at and end, you can be sure they will fight to the last moment.  Personally, I'm expecting to see lots of movies on TV over the next month, like Independence Day, Aliens, Predator, Mars Attacks, Aliens in the Attic (gotta keep the children scared too, right), Invasion of the Body Snatchers, and War of the worlds.

As for reading material and further info about the history of our civilizations interactions with people from another world. I really like the "Ancient Aliens" series on History Television- I don't think it's ALL correct, but it does give you a good jumping off point to doing your own research.  I also recommend any books by Von Daniken (http://www.daniken.com/e/index.html)- especially his ground breaking book "Chariots of the gods".  When you open your eyes to the reality of life off this planet you will find tons of information all over the internet- you just have to look for it. Oh and check out info on crop circles too!!!  That's a whole other avenue!

So tonight, go outside and take a look up. Keep your eyes open and wave to our friends in the sky- and make sure you have a video camera handy!! And the next time you're flipping the channels and see a gory, hideous, slobbering alien bursting out of some poor unsuspecting persons chest.... have a laugh at the expense of the cabal.  They are just so predictable. 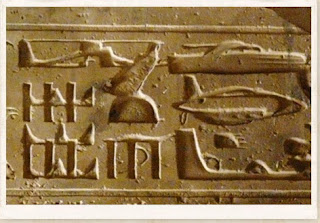