A brilliant video about extraterrestrial contact and the increase of sightings and contacts that are happening right now. 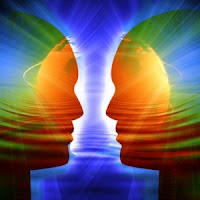 Enrique shares what it's like to be face to face with these multi-dimensional beings of brotherly love and their message about humanity reaching the next level of consciousness.Name: Enrique VillanuevaTitle: Hypnotherapist, Author, Healer, Contactee, Rahma GuideBooks: Hercolubus and the End of Times; I Lived 4 Days in the 4th Dimension; The Map of the Great TreasureBook Link: http://www.lulu.com/spotlight/rimponcheContact: http://www.hypnosis.edu/hypnotherapists/enrique-villanueva/Article: http://jennymannion.com/healpain/2009/03/interview-with-enrique-villanueva/We caught up with Enrique Villanueva in the corridors of the 8th Annual Conscious Life Expo conference in Los Angeles last February, 12, 2011. I first met Enrique a year prior at a presentation he was giving on making ET contact. It resonated with me and I have been intrigued ever since. He is from Peru where he had his first sighting at the age of seven. Peru is known as a hot spot for UFO sightings where they can be seen frequently. Several years later he joined a group called Rahma or Rama, which was an organization founded by Sixto Paz Wells in the 1970's, who had also experienced many sightings as a boy. One day, Sixto decided to contact these beings, whoever they were. What came about would astonish you. They reached a being through automatic writing who claimed to be from one of the moons of Jupiter. He gave his name and a brief statement like "this is the start of our communication." Sixto shared his experience with his neighbors and the group began to have more dialog with this being which eventually led to a physical sighting by the group. Naturally there was a lot of skepticism until J.J. Benitez, a popular journalist from a Spanish magazine, came to visit. He expected to find delinquent youths on drugs, but instead found himself experiencing a close encounter of the first kind. Word spread and the groups got larger along with the experiences. The Rahma organization was formed with the mission of bridging extra-terrestrial civilizations with human beings in the best interest for the planet and humanity. And, so, in 1988 Enrique joined Rahma and was initiated into the protocol for contact. He put forth serious dedication and concentration into reaching a higher level of consciousness. A food disorder would lead him to seeking other healing practices and so he learned how to sun gaze, an Incan practice of staring at the sun to receive its energy. He would do this for two years and survive without eating food.Enrique has been on a journey that has expanded his consciousness and has documented his incredible experiences in his books. When he decided to lead his own Rahma group in Los Angeles in 2009, I was fortunate enough to be a part of it. The revelations that came to me were profound. The experience led me to have my own series of sightings, some of which are caught on video and will be released when the time is right. My experiences have led me to pursuing the ET phenomena as the most important topic to release to the public, and so I'm sharing it with you. Today, Enrique is a hypnotherapist and resides in Los Angeles.QUOTES: "Contact... was never the way I thought it was going to be...""Humans are natural telepathic beings" "..becoming a vegetarian to experience the contact in a more deeper way." "They say that the most important contact is not the contact with them, but the contact within. Once you reach that level then the contact with them is a consequence of your preparation. So they are always open and waiting for us to reach that level and then they will trigger the experience for you. It's an invitation to expand our consciousness. And they are already here. We don't need ambassadors. Every single human being can be an ambassador.""Their message is that human beings are perceiving themselves in limitation. Being that we are not in limitation. We exist in many different dimensions and they want us to be aware of that realm where we also exist.""...That all of human-kind is going to enter into a new dimension of consciousness.""The most important aspect of the contact [experience] is to expand consciousness and to realize that not only are we not alone in the universe, but we are not alone within... Once you reach that level of consciousness, then you realize that you cannot just leave this planet and be saved by an alien civilization. You are here in service for the rest of us. You are here to serve your fellow brothers and sisters in this plane."