As I mentioned in my first article "Taking off the blindfold" Bill Gates is guilty of huge crimes against humanity, the attempted hacking of the IQD RV being just the latest of his crimes.  This is an excellent article by Natural News that gives a very good synopsis of the dastardly plans of this so called "Philanthropist" to reduce the global population.  Before you scoff, let me remind you of the information I explained in the first article about the main stream media.  Natural News is one of the  brilliant groups that has continually brought out important information and facts, and launched multiple news stories to the public that the MSM have desperately tried to cover up. 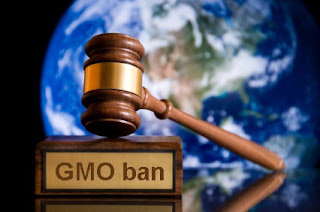 Bill Gates, Monsanto, and eugenics: How one of the world's wealthiest men is actively promoting a corporate takeover of global agriculture

(NaturalNews) After it was exposed that theBill & Melinda Gates Foundation, the philanthropic brainchild ofMicrosoftfounder Bill Gates, purchased 500,000 shares inMonsantoback in 2010 valued at more than $23 million, it became abundantly clear that this so-called benevolent charity is up to something other than eradicating disease and feeding the world's poor (http://www.guardian.co.uk). It turns out that the Gates family legacy has long been one of trying to dominate and control the world's systems, including in the areas of technology, medicine, and now agriculture.TheGates Foundation, aka the tax-exempt Gates Family Trust, is currently in the process of spending billions of dollars in the name of humanitarianism to establish a global food monopoly dominated by genetically-modified (GM) crops and seeds. And based on the Gates family's history of involvement in world affairs, it appears that one of its main goals besides simply establishing corporate control of the world's food supply is to reduce the world's population by a significant amount in the process.

Bill Gates' father, William H. Gates Sr., has long been involved with the eugenics groupPlanned Parenthood, a rebranded organization birthed out of theAmerican Eugenics Society. In a 2003 interview withPBS' Bill Moyers, Bill Gates admitted that his father used to be the head ofPlanned Parenthood, which was founded on the concept that most human beings are just "reckless breeders" and "human weeds" in need of culling (http://www.pbs.org/now/transcript/transcript_gates.html).Gates also admitted during the interview that his family's involvement in reproductive issues throughout the years has been extensive, referencing his own prior adherence to the beliefs of eugenicist Thomas Robert Malthus, who believed that populations of the world need to be controlled through reproductive restrictions. Though Gates claims he now holds a different view, it appears as though his foundation's initiatives are just a modified Malthusian approach that much more discreetly reduces populations through vaccines and GMOs (http://en.wikipedia.org/wiki/Thomas_Robert_Malthus).

William Gates Sr.'s association withPlanned Parenthoodand continued influence in the realm of "population and reproductive health" is significant because Gates Sr. is co-chair of theBill & Melinda Gates Foundation(http://www.gatesfoundation.org/leadership/Pages/william-gates-sr.aspx). This long-time eugenicist "guides the vision and strategic direction" of theGates Foundation, which is currently heavily focused on forcing GMOs on Africa via its financing of theAlliance for a Green Revolution in Africa(AGRA).TheGates Foundationhas admittedly given at least $264.5 million in grant commitments to AGRA (www.gatesfoundation.org/about/Documents/BMGFFactSheet.pdf), and also reportedly hired Dr. Robert Horsch, a formerMonsantoexecutive for 25 years who developed Roundup, to head up AGRA back in 2006. According to a report published inLa Via Campesinaback in 2010, 70 percent of AGRA's grantees in Kenya work directly withMonsanto, and nearly 80 percent of theGates Foundationfunding is devoted to biotechnology (http://www.organicconsumers.org/articles/article_21606.cfm).The same report explains that theGates Foundationpledged $880 million in April 2010 to create theGlobal Agriculture and Food Security Program(GAFSP), which is a heavy promoter of GMOs. GAFSP, of course, was responsible for providing $35 million in "aid" to earthquake-shattered Haiti to be used for implementing GMO agricultural systems and technologies.Back in 2003, theGates Foundationinvested $25 million in "GM (genetically modified) research to develop vitamin and protein-enriched seeds for the world's poor," a move that many international charities and farmers groups vehemently opposed (http://healthfreedoms.org). And in 2008, theGates Foundationawarded $26.8 million toCornell Universityto research GM wheat, which is the next major food crop in the crosshairs ofMonsanto's GM food crop pipeline (http://www.organicconsumers.org/articles/article_21606.cfm).
Please click HERE to read the entire article on Natural News
Posted by D ... Breaking The Silence at 15:49