Bill/AK is chronicling his adventures in Morocco.  Here is chapter one- or some of chapter one if you will..... I think many people will find some of the information Bill lays out in this chapter very interesting as he discusses who the "Divines" are, the "old man", and a few other bits and pieces that we haven't really discussed before on our sites.  Enjoy!!

I've posted below the last section of Chapter one, as I think you readers will find it very interesting!  Read the entire article HERE 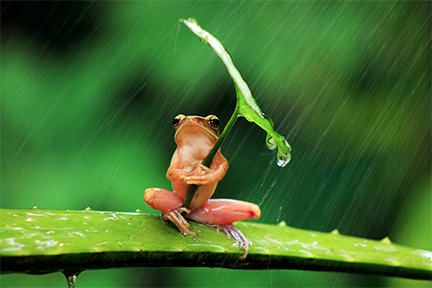 ......There's a wide variety of climates here, from desert to alpine.  Where we live its almost identical to San Diego (right now make that San Diego in winter!).  I'll be writing more about my experiences here in coming days, one chapter at a time.  I do apologize for the delay, D warned me I'd get so much data that I'd forget the earlier stuff just trying to keep up with the current stuff.  Heather has asked D. and myself to chronicle our experiences as we go through the learning curve of what she's going to show us as we set out on some new projects.  D. is currently waylaid in Malta sorting out some passport/visa issues with her children's documents.

Heather feels our work in banking is complete.  So we are planning and creating new projects which will disclose in the coming months.

Three things are yet left that have to transpire event wise, the exact sequence I am not quite sure. We'll have to see if they are sequential or simultaneous (lately I am betting on the latter).  But I am not making any dogmatic statements on that because I don't know.  Depends on how things unfold I suppose and the choices that are made by the various beings...

3) Disclosure of "the divines".

Those new to the blog may be familiar with ETs but not the divines. The divines are a class of beings of a higher energetic than ETs, kind of the middle managers in this universe. They don't die, some call them "the eternals", "the elders", "ascended masters" (the ones who worked their way out of our 3d energetics through some very rigorous spiritual disciplines) and others.  There will be complete disclosure of their roles in this experiment in duality.  Some of them fear that.  They need not fear. There are no losers in the end of the experiment here.

The divines control the very top of the banking system.  You can think of them as the invisible capstone on the illuminati pyramid.  They have remained largely hidden in recent earth history, but they do show up in myths from ancient times as greek "gods", "goddesses",  asian "deities", "demigods", etc. from a time they worked more directly with mankind.  They are hinted about in many Hollywood movies, Highlander, John Carter of Mars, and in the super hero movies.

At some point in history, perhaps after numerous human rebellions, they found it more useful to work indirectly with the planet through human proxies like the Rothschilds and other old European families and Chinese Dragon families. They are all interrelated through Genghis Khan anyway. The divines exist (although everyone thought we were nuts last January when we published that, until confirmation started coming in from other sources unrelated to our work like Zap and Keenan and Fulford), and its now its well known the Chinese "old man" is the original emperor from the Qing dynasty and comes and goes from this planet to sign off on major banking events (love the old man - he's making everything transparent as he told Heather he would!) He funded the American revolution with gold, and the building of the transcontinental railway.

The divines are ultimately the ones pulling the strings on this planet.  And honestly they really thought no beings would be capable of  holding them accountable.  The did not think Eternal Essence itself would "enforce" on their in-body-ments, and that is now occurring throughout their realm among those that choose to harm other in-body-ments.  And its got more than few of them in a real panic right now.  They try to do one RV after another but each time they feed it into that Universal Value system AI Computer it spits back out as the energetics of it just won't fly.

One of the big questions we were asked with the filings, was "this is all legal and good but how will you enforce?"  To which we just laughed.  They wouldn't  believe us if we told them!  We don't have to.  Eternal Essence that lives in all in-body-ments enforces it.  The filings were just formalities closing out what began as a contractual arrangement for a finite time.  But they had to be done and published openly so nobody could say they didn't have notice before the EVENT happened.

There's a wide variety of intentions within the divines realm, just as there is among humans.  So when you see the Rothschilds being promoted as the ultimate source of all evil (granted they not by anyone's definition nice folks), realize its not all black and white, cause they were just very well paid proxies and brokers on the food chain of the energy extraction system that has had a harness on this planet and its people.

In the banking system the nasty dark stuff was compartmentalized, because at the highest levels of banking its all about energetics, so the guys doing the energetic work contracted out the dark wet work of controlling the planet to the more ambitious and violent in our society (the lower vibration behavior really screws up their energetic work), often with people of known character flaws or weaknesses that can be easily blackmailed or extorted if they get out of line, or made ultimate scapegoats when they tried to phoenix the system with an RV.  They led their minions to believe it was only about money and that these debts were really owed by the people of the planet (they are not).  At the highest levels of banking it all gets really "woo woo" and its about extracting energy from the planet.  Its not not unlike the green energy harvesting of will in the movie The Green Lantern.  Its gets that strange.

The divines have held control over earth and ETs by what they did not reveal about existence in this universe.  Some things they did not know, until recently, like the fact that ALL are eternal essence in body.  They have tended to see themselves as superior to mere mortals because they have not have had to live in the pea soup adversarial energetics planet earth has had. They come here but they don't tend to stay here long.
Posted by D ... Breaking The Silence at 19:49