I love Dale.  He is one of the most amazing BEings I've ever wished to meet.  I "met" Judge Dale on a conference call back in November 2012- and I can fully admit that I was all starry eyed and muted the phone to tell my husband that "I'm on a call with JUDGE DALE!!!!!" ......  hero worship at it's best, lol!!!   (yes, I swoon over retired judges in their 80somethings!!) roflmfao!!  Since then I've kept in contact with the awesome and outspoken patriot and truthteller.

I would ask you to read this article carefully, because there is so much transparency in here that people NEED TO SEE and COMPREHEND!!!!  I have highlighted in blue a few points that everyone should especially be taking note of.

....and if you don't know who "Judge Dale" is, then I highly suggest that you read his epic series of articles entitled: The Great American Adventure

I will be posting another important news article for transparency in a few moments......


The Global Currency Reset may be a trap! So exercise good judgment. 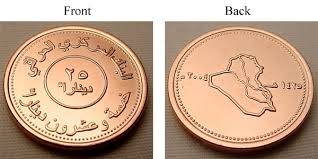 At the outset of the Iraqi invasion, the World Bank and United Nations devalued the Iraqi Dinar based upon the petition of the US Attorney General. The Iraqi Dinar at that time was worth $3.22 USD. Today (November 25 2013) 1,000 dinars = 86 US cents or .86 USD.

Like many others I saw the potential for money to be made from the devaluation of the Iraqi dinar. This entailed investing in the foreign currency and waiting until it revalued. I then discovered that the Vietnam Dong had also been devalued during the Vietnam War, which was a long time ago. It never revalued.
I considered the fact the same situation could repeat itself regarding the Iraqi Dinar. I decided to take the gamble and invested a small amount in both currencies. I was tempted at times to invest more but decided not to.

As time went by I discovered the devaluation of the Iraqi Dinar was planned by the Secretary of the Treasury and Vice President and had nothing to do with the invasion of Iraq. It was about the Military Industrial Complex making another killing on a foreign investment off the backs, lives and misfortune of the Iraqi people.

The average member of the world public was not supposed to know about or be able to see through this plan. The Currency Exchanges were glad to have the business and even offered incentives to tell a friend. Dinar gurus suddenly emerged on the scene, encouraging readers to invest and get rich overnight. Unknown at the time was the fact that most of these gurus were connected to or were themselves currency brokers.

For years I had been telling family and friends that the United States government had become infiltrated by communists during the Wilson Administration and the entire federal system is a foreign corporate fascist group masquerading as the US government. Unsurprisingly, these statements of mine were regarded by family and friends as both unpatriotic and “conspiracy theory.” So I went in search of evidence and this is what I found.


What’s Behind The Global Currency Reset

The global currency reset for the United States is within one penny of kicking in. When it does kick in any US citizen wishing to exchange foreign currency at a Federal Reserve Bank, currency broker or currency exchange must agree to sign a 9-page Non-Disclosure Agreement (NDA). The NDA is a contract you are required to sign with this fascist corporate government to not disclose where your new-found wealth originated. This appears harmless enough except for the fact that the NDA is a contract signed under duress. Why duress? You do not have a choice to accept or not accept this contract. The corporate government is hoping that greed will cause you to accept its NDA, no questions asked. * there are rumours that the NDA will apply globally to any who wish to exchange IQD - I have no assurances or back up for this at this point*
You might think to yourself “They can’t do that. It’s unconstitutional” True enough. However as a US citizen and defined by law as an entity – a corporation – your corporate personhood has no rights except those granted to you by the government.

The US Government is a private foreign corporation. Its existence is hidden behind the very Constitution that grants you the right to contract with whomever you choose. The NDA is a contract. The US corporate government requirement that you sign an NDA takes your contractual obligation to a whole new level. How does it do so? If you violate any provision of this particular NDA you will be arrested as a domestic terrorist under the National Security Act. This, in turn, alters what was formerly a civil contract into one that incorporates grave and serious criminal penalties.

You might be wondering who in their right mind would agree to sign such a contract? Well it turns out if you refuse to sign the NDA you will be denied your opportunity to exchange currencies at preferred rates, and you have only 30 days from receipt of the NDA to decide whether you wish to sign on the dotted line.

What isn’t stated is the 30-day limit is far more important to them than it is for the investor holding the dinar. The banks and US corporate government have major foreign oil contracts to fulfill, contracts they can no longer fulfill with the USD. They need your dinar to purchase oil now that Europe and other major trading partners are refusing to accept the fiat-based, ponzi-style USD.

A currency exchange is traditionally a barter (equivalent value changing hands between private parties) and thus it is a non-taxable matter. However, this NDA contract requires you to agree to pay a Capital Gains Tax that has yet to be established. I’m hearing 10% but what happens if it turns out to be 50%? The currency brokers and wealth managers associated with the Federal Reserve banking establishment are recommending that you set aside 50% of your assets to cover taxes.

What do they know that we don’t?

The same NDA contract also requires that you agree to comply with any and all current and future laws during the next ten years, enacted by the corporate United States Government. This makes the NDA a noose placed around the signatory’s neck, then gradually tightened.

If you exchange your currency at a Federal Reserve bank you will only be allowed to exchange the equivalent of $10,000 in cash. You will be required to open one of the following:
You will be forced to deposit the remainder of your assets into one of these accounts.

The corporate US Congress modified the US Banking laws this year to specify that all accounts – deposits, trusts, IRAs and safe deposit boxes – belong to the Federal Reserve bank. This means that once you execute a deposit you surrender all ownership of that deposit to the bank.  Should this foreign, privately-owned Federal Reserve system suddenly declare bankruptcy, all of your assets entrusted to them become their property. Within the fine print of all the banking accounts you own and/or open you will find the stipulation that the financial institution can use your assets to pay off the national debt, a debt that was never yours to begin with.

If you’re thinking the FDIC will reimburse you up to $250,000 on each account, think again. The FDIC filed bankruptcy in 2006 due to the swarm of bank failures that year, with claims against it in the trillions. The FDIC is done. Finished. It can never be revived without paying off those outstanding claims. I’m willing to bet your bank or wealth manager never informed you of that fact.


Your Money Is No Longer Under Your Control

Here is another “catch 22.” You cannot gift or wire any amount greater than $4,999.99 to a family member or friend without the Department of Homeland Security reviewing the check or wire transfer to investigate the origin of the money. Since you signed the NDA contract you cannot talk about the source of your money with anybody, even DHS. All of a sudden you’re turned into a suspect involved in a potentially unlawful financial activity.  Your gift will be confiscated unless you indicate Source Of Funds and if you do reveal the source you will have violated the NDA. This, in turn, can create the circumstance in which you are arrested as a domestic terrorist under the National Security Act.
The financial oligarchs may not be playing with the full deck but the cards they’re holding of a certainty belong to a stacked deck.


The Game Is Rigged

Did you know that Americans are now prohibited from transferring any assets out of the corporate United States without clearance from the Department of Homeland Security?  The reason for this crackdown has to do with the approximately four to 5,000 wealthy US Citizens who surrender their US Citizenship annually, transfer their assets and immigrate to another country. The government’s intent is to regulate the movement of money over national borders.

This is what is meant by the axiom “Finding yourself between a rock and a hard place.”

The Iraqi dinar currency exchange and its accompanying NDA is clearly a trap. The corporate US government is banking on the fact that you will agree to their terms in order to profit from your investment. However, if you make any financial moves in excess of $4,999 you will run afoul of DHS disclosure regulations. Given your signature on the NDA you won’t be able to disclose Source Of Funds and will likely end up in prison. How’s THAT for a rigged game?

The only legal alternative that comes to mind that you can use to counter this madness is to purchase your freedom via Diplomatic Immunity. This relieves you of the burden of having to sign the NDA contract. I am certain that Diplomatic Immunity is still available to all and is honored in 90 plus countries. You will need to make this move carefully, however, as it is quite expensive to set up a Legal Expense (numbered) account with your bank or broker. *I am currently writing an article about passports and the fact that you can buy a passport, legally, from any country in the world.  Buying "Diplomatic Immunity"? hmmmmmmm interesting eh? *

Given the costs involved in setting up a Legal Expense account (~$800,000+ USD) this likely will not work for the small investor. However, the fact remains there is no need for anyone to rush in to exchange anything. This 30-day limit is simply another fraud. They, the US Military Complex, need your dinar within 30 days to pay their oil contracts. If anything, at the end of the 30 days, the exchange rate will likely go higher due to the lack of confidence in the USD abroad.

I have a feeling (one I admit may be just a pipe-dream) that all this corruption enslaving humanity for millenia will be coming to an abrupt end in the near future. Once that happens our liberty as a species will be restored. * Oh I'm pretty sure it's not "just a pipe-dream my friend.....*
Blessings,
Judge Dale