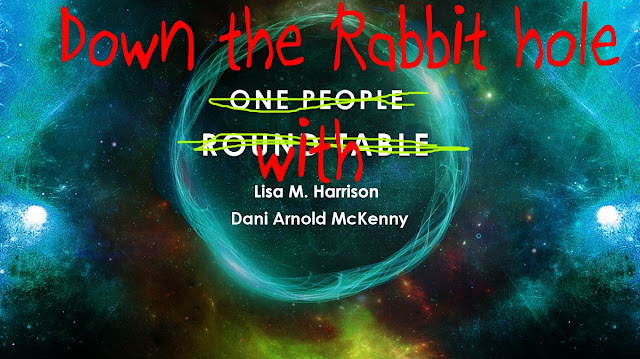 Last nights One People Round Table Discussion  was a lively one, bringing in several people from the audience on multiple topics.  Starting off with a conversation about Homeopathic remedies, specifically based on the North and South magnetic poles, with a list of "symptoms" that was jaw dropping!
As usual, we wandered through a multitude of topics, again discussing Antarctica, Thule, and taking a look at the whole con of "changing of dynasties"- revolutions that never really changed anything because the same controllers were still in charge.

.... Did you know that All of Russia's various governments, from Tzars to Communists to Democratic leaders.... are all deeply involved with the Knights of Malta?  And they aren't the only ones!!

Are we master manifestors?  Have we reached the point where WE are the ones who can control this matrix?  Can we pull everyone on board and come up with a singular prime INTENT, to send out over the WIFI, GWEN, ELF and every other type of "wave" across the planet - to co-opt "their" codes?  Can we all just shout "Wake the Fuck Up!" and charge it with the loudest alarm clock bell ever heard in the Universe?

(My post from the UU group) The 4 minute video is about mind control- main stream coverage on the Discovery channel - seriously amazing that this information is ignored. But this is what the same professor had to say about the human brain and geomagnetics:
Geomagnetism and Evolution
"When you have a geomagnetic storm you can get microstructural changes within the brain tissue itself. Now if you change structure, you change function, which means the entire species, in fact every living thing on this planet could be altered. The other important thing to remember is that, how much of a change in the gene is required to alter the structure of the human brain? You realize a single point mutation, that’s one small position of DNA, 3 billion base pairs that make up our genome, one small change, and you lose your ability for language.
Now let´s turn it around. Just suppose that famous event, whatever it was, when all cultures begin to use language more or less at the same time, was because of a point mutation that spread throughout our species. What would have done it? It had to be something that would have united all of us, something to which every human being was exposed.
And that’s the earth magnetic field.
When you look historically you’ll find that these massive global changes and what we call revitalization movements, or revival movements, or feelings where there’s massive movements of an idea, often occur during periods of certain kinds of geomagnetic activity.
Remember, for the human brain it´s not the amount, it´s the quality, it´s the pattern. Sooner or later, we will have a geomagnetic storm, that has the appropriate pattern, that will influence large portions of individuals, who will see all kinds of things, perceive all kinds of phenomenon, that are remarkably similar. Modern science tends to feel somewhat uncomfortable when you make the assumption that all of us belong to the same species, and we are all exposed to the same environment, and that global changes could influence us all simultaneously, and influence the direction of history. That takes away the sense of human control over their destiny. It´s an anxiogenic idea, anxiety producing idea to many people. But I think the data indicate that’s probably correct.
(Simulcast from Sudbury, Ontario, Canada)
http://chaos-ordnung.org/ses…/vortrag-von-michael-persinger/
here is the 4 minute video

More notes that have come in about Thule Air Base in Greenland:

"Thule is the home of the Air Space Command. My dad was stationed there in the 60s.
Dad only shared a few things about Thule: he was there for one year.  The officers were given the opportunity to escort home the enlisted men who "Went Crazy" during their assignments.  He was one of several dozen officers and he got to escort two separate fellows home in that year.  On a cargo plane to Jersey.
The boys had to wear straightjackets.
He was a dentist and he was only allowed in the officers club, the barracks and his work area.  No where else".


Oh wow! the information about Greenland the Thule is really flowing in!!!
I just received this message from a long time friend in my RTS skype room:
You are most welcome. I lived with a shaman from Greenland for 4 years. He told me how the shamans were laughing when the americans "landed on the moon" in that tin box. They go there all the time as on other planets, solar systems. No transport means - not necessary.
I do believe that all that stuff they try to sell us to "get out there" - is simply to maintain the illusion that we need something in order to go. We don't. Maoris know that too - other indigenous people too.
But - there is something about the connection between Greenland and Ireland - and the old culture on Ireland that has been also hidden from us.
I was shown how the knowledge about this planet before the insanity set in is frozen in time in the ice cap of Greenland - and once it melts it comes back as an awakened memory with instant communication to all waters on the planet.
May that be the reason for why THEY are so eager to keep temperatures low so it does not melt? Just thinking.
Have a wonderful day. You are a bit shouth of me (South of France) where they are chemtrailing with an astounding eagerness.
Oh - and Thule is the place in Greenland known for the most powerful shamans. The Americans came in , drove them out of their settlements and placed a base there. Further, the american army has declared the air space over Greenlan for US territory.

This friend also shared into about Greenland and Giants:

"Oh - and about the giants. Qisuk remembered being one long time ago. All was peaceful here and he was with his family. Suddenly some entities that they had never before experienced arrived and they had weapons - sort of big knives/instrument - that they used to simply slaughter all.

In the lists of "famous" people who've recently been to Antarctica, we missed one!  Nov 2016 Australia's Governor General also visited Antarctica!... just one week after John Kerry's visit.


WHAT ARE THE RELATIONS BETWEEN THE

RUSSIAN IMPERIAL HOUSE AND THE ORDER OF MALTA? 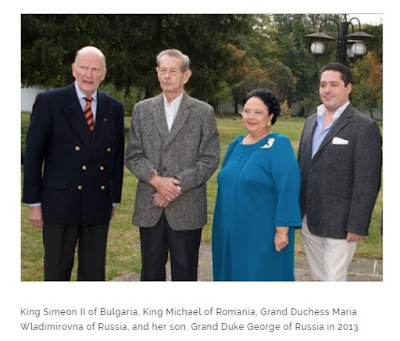 WTF?!?  hmmmmmmm.......  the Knights/Order of Malta is a Sovereign State?! WTF?  They even have their own passports AND currency!

The Order retains sovereignty under international law, including United Nations permanent observer status,[9] issuing its own passports, currency and postage stamps with the Maltese cross insignia. The order's military corps, three brigades, are stationed throughout Italy, liaisoned with the Italian Armed Forces.

Caricature of Lincoln and the Tzar

"....According to Weiler and Ho’s theory, these singlets should have the ability to jump into an extra, fifth dimension where they can move either forward or backward in time and reappear in the future or past..... if scientists could control the production of Higgs singlets, they might be able to send messages to the past or future.”
....Weiler and Ho’s theory is based on M-theory, a “theory of everything.” A small cadre of theoretical physicists have developed M-theory to the point that it can accommodate the properties of all the known subatomic particles and forces, including gravity, but it requires 10 or 11 dimensions instead of our familiar four. This has led to the suggestion that our universe may be like a four-dimensional membrane or “brane” floating in a multi-dimensional space-time called the “bulk.”According to this view, the basic building blocks of our universe are permanently stuck to the brane and so cannot travel in other dimensions. There are some exceptions, however. Some argue that gravity, for example, is weaker than other fundamental forces because it diffuses into other dimensions. Another possible exception is the proposed Higgs singlet, which responds to gravity but not to any of the other basic forces..........Weiler, Päs and Pakvasa proposed that sterile neutrinos travel faster than light by taking shortcuts through extra dimensions. According to Einstein’s general theory of relativity, there are certain conditions where traveling faster than the speed of light is equivalent to traveling backward in time. This led the physicists into the speculative realm of time travel.In 2007, the researchers, along with Vanderbilt graduate fellow James Dent, posted a paper titled “Neutrino time travel” that generated a considerable amount of buzz.

Is Planet Nine a captured alien world in our own backyard?

Homeopathic Magnetic poles:
"take a look at the symptoms that people produced after exposure the the South Pole of a magnet ... pretty much everything we've been complaining about is listed ... from vertigo, head pains, tingling to menstrual symptoms. So .. magnetism is causing the unusual symptoms we've all been experiencing ? Looks like it. This proving was done by homeopaths towards the end of the 1800's so the language is a bit archaic ... they also note that expose to the South pole of a magnet produces different symptoms to exposure to the north pole "