Houston, We have a problem.

In the past few months we've witnessed 2 different accidents in the realm of "space" technology.  Both accidents involved corporations that are not "NASA" nor the usual suspects in the areas of rockets and space flight.   Both have left many unanswered (or unconvincingly answered) questions as to why.

Being a long time Science Fiction reader, I have lamented and ranted at the perceived stupidity of the entire global space programs accomplishments.   Are we seriously still making rockets that are completely antiquated. That even a 7 year old can point out the illogical basic ideology of attaching what amounts to giant bombs to a rocket in order to get out of Earth's atmosphere? (yes, my 7 year old thinks the entire idea is completely preposterous).

Back in 1966 one of my favorite authors, Robert A Heinlein  (author of "Stranger in a Strange Land, and many other classics), wrote a book called "The moon is a harsh mistress", and in that book Heinlein outlined a completely plausible way to launch rockets/ships into space.  I have argued with engineers and scientists and even a guy I use to know who worked with NASA, and not one of them could give me a reason why Heinlein's theory couldn't  work.  Not One.

Yet here we sit, watching rockets being literally exploded into space- wasting not only a vast amount of materials and money, but rotting the brains of the public into thinking that this massive expense is actually worth it, and the ONLY way.

And the accidents in the past few months.... kinda like someone is trying to further that agenda that only they can launch space vehicles. 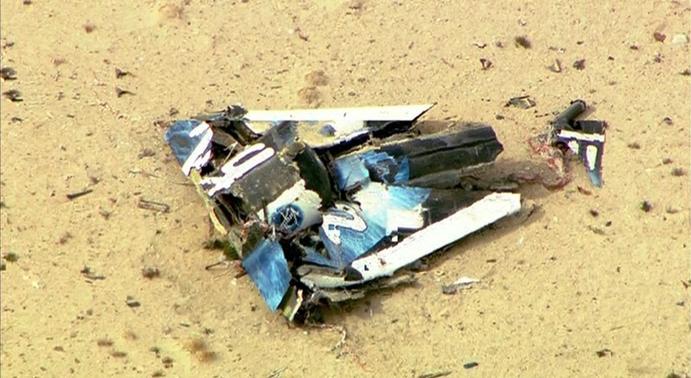 1 of 6. Wreckage from Virgin Galactic's SpaceShipTwo in Mojave, California October 31, 2014.


(Reuters) - A passenger spaceship being developed by Richard Branson’s Virgin Galactic company crashed during a test flight on Friday near the Mojave Air and Space Port in California, killing one pilot and seriously injuring the other, officials said.

The crash of the suborbital vehicle, undergoing its first powered test flight since January over the Mojave Desert, 95 miles (150 km) north of Los Angeles, came days after another private space company, Orbital Sciences Corp, lost a rocket in an explosion moments after liftoff in Virginia.


A commercial Falcon 9 rocket built by SpaceX successfully launched a Dragon cargo ship toward the International Space Station early Saturday (Jan. 10) — and then returned to Earth, apparently impacting its target ocean platform during a highly anticipated landing test in the Atlantic. The result: "Close, but no cigar," according to SpaceX chief Elon Musk.
The Falcon 9 rocket launched into space at 4:47 a.m. EST (0947 GMT) Saturday from Florida's Cape Canaveral Air Force Station, kicking off SpaceX's fifth unmanned cargo mission to the orbiting lab for NASA after a four-day delay. The liftoff was originally scheduled for Tuesday (Jan. 6), but was pushed back because of an issue with an actuator on the rocket's second stage.
Not all of the action Saturday was in the upward direction: The company also aimed to bring the Falcon 9's first stage down for a precision landing on an "autonomous spaceport drone ship" in the Atlantic Ocean. The rocket stage hit its target, but a bit too hard.


Right.  So it would seem that there is a problem with all the "New" technology that companies are coming up with to deal with transportation into space.... or at least, to get to ISS - the International Space Station, (or perhaps the moon?)

US to buy 60 Russian rocket engines worth $1 bln — company

Economy
January 16, 9:11 UTC+3 MOSCOW
The RD-181 engines will be used for the first stage of the Antares rockets, manufactured by Orbital MOSCOW, January 16. /TASS/. Russia's manufacturer NPO Energomash is to provide 60 new RD-181 rocket engines for US company Orbital Sciences, the Izvestia newspaper reported on Friday citing the president of RKK Energia space corporation.
A contract for the delivery of 20 rocket engines has already been signed, says Vladimir Solntsev, who participated in the deal representing Energomash, as he is the executive director of the group.
“We are committed to deliver 60 engines. Three options have been signed, each for 20 engines. There is a firm contract for 20 engines, which we have started fulfilling, as we are due to supply the first two engines next June,” Solntsev told the newspaper in an interview.


Sooooo... the US is choosing to use a rocket (the Antares), which is just barely a step above the rockets used for the Apollo missions back in the stone age of space travel, to send payloads to ISS.  (and god knows what else). They are choosing to pay $1 Billion dollars- $1,000,000,000- to Russia for rocket engines that are barely two steps forward of the engines they built to go to the moon.  Now, don't go all techie on me and try to tell me all the specs that make either of these rockets "high tech" because it's all bullshit.  Both employ technology that has barely made an advance in 40 years- one booster nozzle, two? three? four?  Who cares!  It's still basically putting 4 model T Ford engines in a chassis and calling it "New".

And what about those sanctions against Russia?   Is this not a perfect case of "Do as I say, not as I do"?  What?  The sanctions are just for things that the US doesn't need or want?  Interesting.

Personally I find it very hard to believe the official story (well, truth be told, any of them!) of NASA and their space program that has been beyond ridiculous from it's inception to it's demise.

In the immortal  words of Julius Levinson in Independence Day:

"You didn't think they actually spent ten thousand dollars for a hammer and thirty thousand for a toilet seat, did you?"

.... and that they are getting rid of the competition in their private little plumbing business deal.

PS: in case you are interested, here is a PDF of Heinlein's Moon is a harsh mistress
http://www.is.wayne.edu/MNISSANI/RevolutionarysToolkit/TheMoonIsAHarshMistress.pdf