US Subway fires: Notice was given

I woke up this morning to the news that a subway station in Washington DC had caught on fire..... well.... caught on smoke, so they say.   Inner alarm bells rang.  I read through several news stories and immediately several things jumped out at me.  Such as the following quotes from Fox news:

At a news conference late Monday night, NTSB officials said a so-called "electrical arcing event" occurred approximately 1,100 feet in front of the train. The term refers to what happens when water hits an electrified third rail and sometimes generates smoke. Officials added that there was between half an inch and an inch of water on the ground next to the third rail, but it was not clear why the train came to a sudden stop.
The smoke did not appear to have been the result of a fire. Power to the third rail was shut down and riders were forced to self-evacuate. Passengers told the Washington Post that as much as an hour went by before firefighters were able to lead them out of the cars. Witnesses told the paper that some riders began to choke as the smoke filled the cars, while others lost consciousness.
DC Interim Fire Chief Eugene Jones told the Post that firefighters did not immediately enter the tunnel to help the riders because they want to ensure that power to the third rail had been shut off. He also took issue with passengers' claims, saying that the delay was "nothing like" the length of time described.

Jonathan Rogers told The Post that he was aboard a Yellow Line train as it headed to Pentagon Station, which is one station away from L'Enfant Plaza. He said smoke quickly came through the subway car's doors.
"It started to get scary pretty quick," he told the paper. The subway's driver tried moving the train backwards, but smoke continued to enter.
“People started praying,” he said. “Smoke was coming in pretty steadily. Some people were fine and some people were just hurting pretty quickly.”

Firefighters soon emerged to help remove people from the train, Burns said, but she saw several people experiencing medical problems, including one woman who passed out, a man who had trouble walking, and another man who appeared to be having a seizure.


"trouble walking" and "seizure" can be something medical- ie; lack of oxygen causing dizziness, therefore causing issues with balance etc, and the seizure could be caused because the man had epilepsy and the excitement and panic created a grand mal incident.   BUT.... these are also both symptoms of a sudden neurological disorder- such as being poisoned with toxic gases.
At no point was "fire" ever mentioned, and yet the smoke was so thick that the passengers could barely see each other.

And then, right after that incident in Washington DC, a 3 alarm fire broke out in Penn Station in Manhattan New York- just north of SoHo and the Financial district.

I caught that one literally just an hour after the first reports came out.... and let me tell you it was very difficult at 9amGMT to find ANY information.  Then I found this article around 11am:

Anyone who is interested in numerology will find this article VERY interesting!!

Below are several scrn shots I grabbed as the news was coming out.  But below the scrn shots is an article from September 2014 that I would like everyone to take note of..... 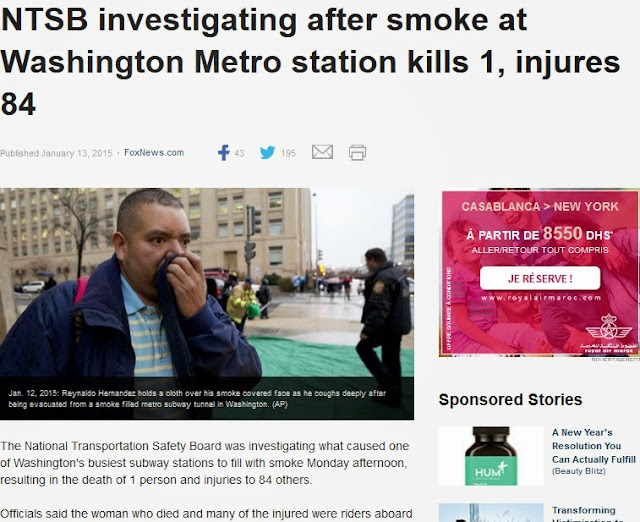 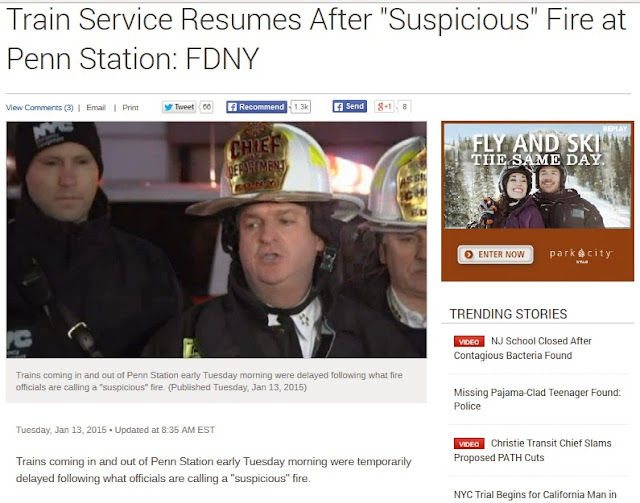 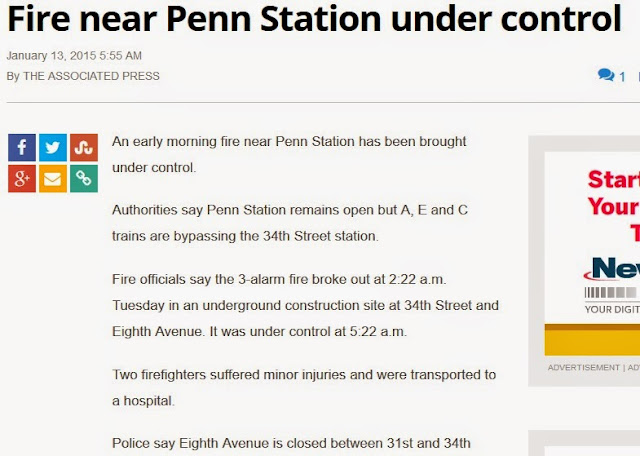 Reports of an ISIS subway attack plot has put the nation on alert.

Morning commuters ride the subway September 5, 2014 in the Brooklyn borough of New York. Photo: Getty
Reports of an ISIS subway attack plot has put the nation on alert.
Iraq claims to have received "credible" intelligence that Islamic State militants plan to attack subway systems in Paris and the United States, Iraq's prime minister said on Thursday, but senior U.S. officials said they had no evidence to back up the claim.

Prime Minister Haider al-Abadi said he had received the information Thursday morning from militants captured in Iraq and concluded it was credible after asking for further details.


Attacks in subways systems in the United States AND Paris France?!

THIS was a notice!!!  And I don't mean a notice by ISIS either. (well actually, since ISIS is AlQaeda, which is CIA.... I guess it was by ISIS).

Two weeks ago on Transpicuous News I reported about the news story that ISIS had ebola, and tied it to a story from October where it was "hypothesized" that ISIS could use ebola as a bio weapon by deliberately getting their people to infect themselves.   THIS was also a notice.

As I keep saying- pay attention, do not be distracted and watch the distractions!!! 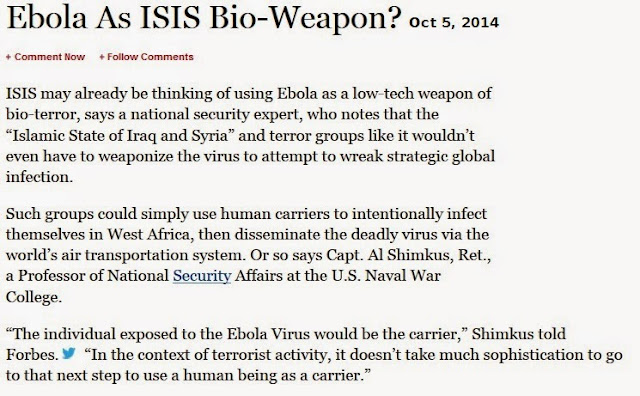 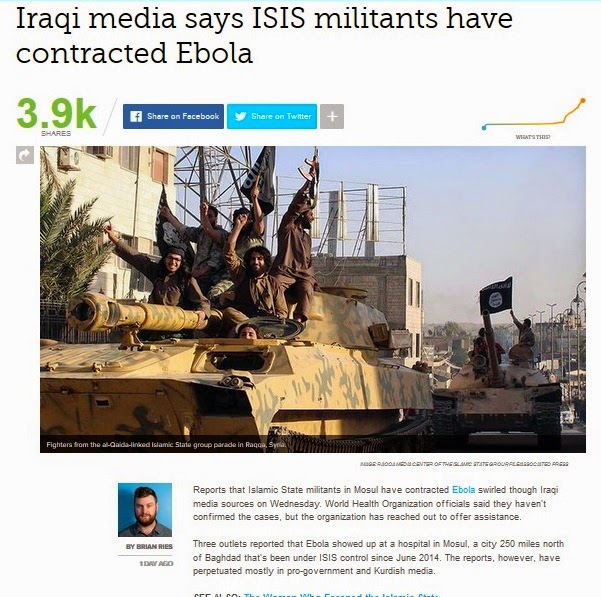