I finally was able to get into the hard drive off my computer that crashed two months ago and get my bookmarks- including the back door hack into CERN. This back door allows me to see the data from the live stream going back for 7 days, while the public feed only allows you to see for approx 24-36 hours.
For the past few days I've been watching CERN Very closely, and have noticed a few anomalies on the public feed, so I finally made a big effort to get my old links..... and what I just saw on CERN through the back door feed stretched out from 7 days is mind blowing and is NOT view-able on the public feed at all!!!
Here is the screen shot that I took April 22 via the public CERN Op Vistars web feed. Please note the time stamp of 10:11am, and that the Emittance has blown way off the charts twice. 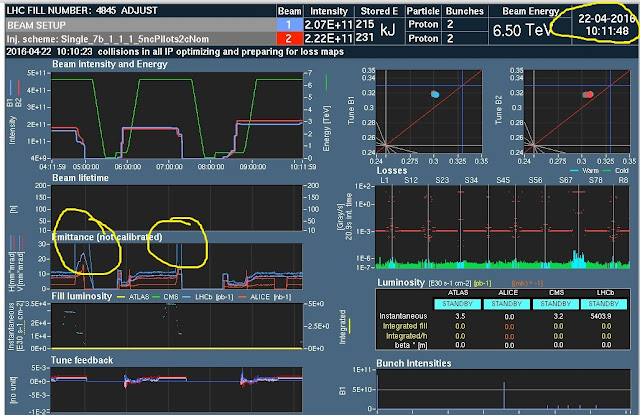 And here is the Screen Shot I just took of the CERN feed through the back door showing a 7 day feed.  You can see that at approximate 8-9pm UTC that the power (the green line in the graph) begins to increase in a long slow momentum until it reaches it's peak at approximately 12 noon on April 22.  At no point during that 3 day period did this continuous increase in power show on the public website feed!!!!!  You can also see that from the 15th to the 19th, the Emittance goes right off the chart several times, then follows the Energy green line increase to the 22nd, where at exactly the point that the power drops off, the Emittance again blows right off the chart. 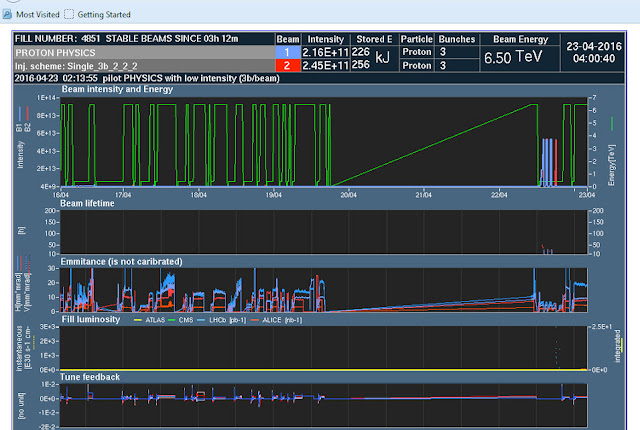 Here is a close up of the 2 day feed through the back door- notice that the green line doesn't drop until AFTER noon on the 22nd and that the beams are not fired up again until sometime after 1pm.  Yet the public feed (first image above) shows that the power and the beams are up and down all morning. This is absolute confirmation of what I have long suspected, that the public CERN OP-Vistars feed is just a fuckin' Sham.

From the 19th, to the 22nd.  The first 3 days of the "Feast of Moloch" (?) (signifying human sacrifices and fire).  Add to that, April 21st was the day that will a whole lot of pomp and ceremony, the Olympic Torch was lit in Athens... AND  Queen Elizabeth II using a torch, lit the first of over 1200 beacon fires on the same day in London.  April 21 was also the day that Prince, age 57  was found dead (not to mention that his ex girlfriend Vanity also died this year at the age of 57) (just sayin').... and it just so happened that Niagara Falls and many buildings were all lit up with Purple lights that night.

Oh.... and Obama was in London.  Along with certain members of Congress (that was NOT announced publicly).

Oh.... and that the 22nd was the first night of Passover?  Which traditionally begins with a blood sacrifice and painting the doorways red with the blood of the sacrifice so that the angel of death will "pass over" that house? (More info HERE) 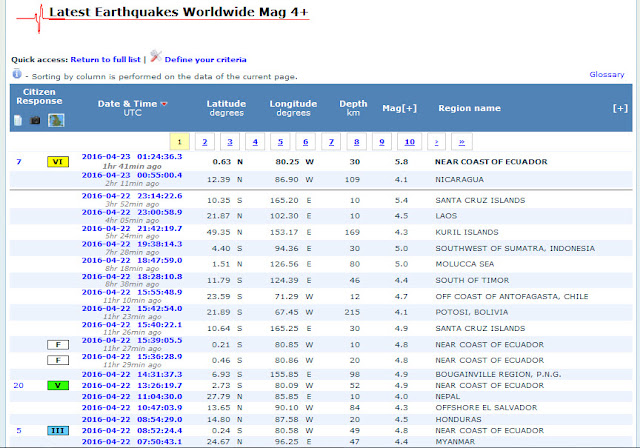 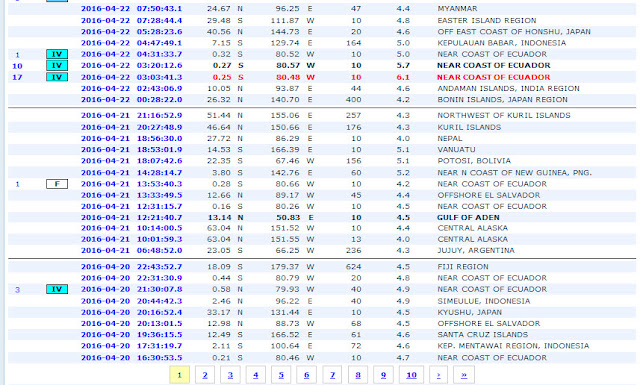 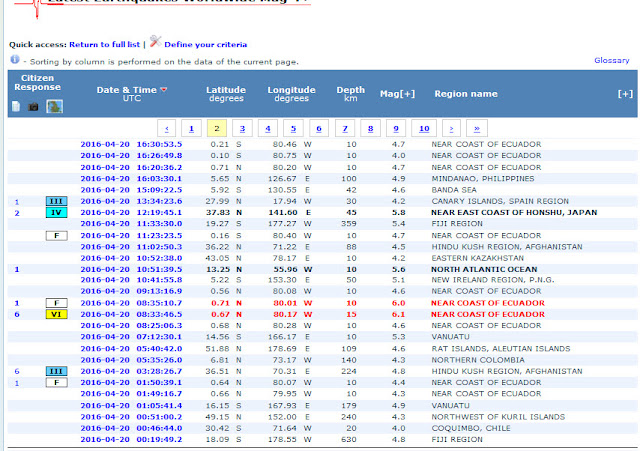 And the Earths Schumann Resonance has had massive spikes, especially on the  21st of April:

.... massive explosions in Mexico and China, and "terrorist" bombings in Kabul and Jerusalem.  Huge "blood red" fireballs in the sky over El Salvador HERE .

So.... when it is obvious that CERN is hiding data that is not in their public live feed, and it is equally obvious that the timing of that power increase during the three days of April 19 to 22 is highly suspicious given the global geological evidence..... not to mention the strange coincidental ritualistic happenings during that same.

..... Does anyone else beside me think that perhaps CERN ain't telling us what they are really doing?  'Cause I have some serious questions.