Well my friends, I said to watch how this rolls out.  This is the first official salvo to the public to try and negate the Hampstead Heath Childrens story.   This is exactly what I suspected they would do:  the paedophilia aspect to this case is not "questionable", it is the SATANIC CULT aspect that is what terrifies not only the controllers of the paedophiles.... but makes the media have a complete freak out.

The public has seen enough of the paedophilia cases being brought forward - albeit, "old" cases, from "before"- that the accusations of these two children of sexual assault and rape that they were submitted to, isn't the issue.  The issue is that if the door is opened to SEE what is behind the paedophilia, it is a Pandora's Box that can never be closed again, as it then brings all these "old" cases up again, but in a very different light.

The Black Magic, Satanic Rites, Occult Rituals aspect of what has been happening for generations upon generations, is the deepest darkest secret of the Cabal, and it's Controllers.  Once THAT is openly acknowledged...... EVERYTHING that has ever been touched by the "scandal" of Paedophilia is now seen very clearly.   THAT rabbit hole is very VERY deep.

Every priest who's been "caught"
Every Church that's been charged
Every Politician scandal
Every Royal Family Skeleton in the Closet.....

So they dare not allow Pandora's Box to be opened.  And they will sacrifice everything they have to make sure it stays that way.  Literally.

ps: I've screen shot this entire article as it has already disappeared at least once..... 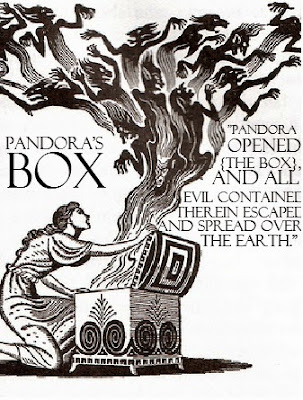 Claims that a "satanic cult" where children were abused by paedophiles has been operating in north London have been dismissed by a High Court judge .
Mrs Justice Pauffley said detail of the claims has been circulating on the internet.
She said she had been asked to investigate by social services bosses, and had conducted a fact-finding exercise, at a family court hearing in London. +1
The judge delivered her ruling at the High Court in London
The judge said in a ruling today that the claims were "baseless" and she described people who sought to perpetuate them as "evil" or "foolish".
Mrs Justice Pauffley said the case centred on two children - aged eight and nine - whose parents were separated.
The judge said the London Borough of Barnet had begun care proceedings in relation to the youngsters.
She said last September "lurid allegations of the most serious kind" were drawn to the attention of police.
It was suggested that the youngsters were part of a large group of children from north London who belonged to a "satanic cult".
She said there were allegations of "significant paedophile activity" - allegations that children had been sexually abused and made to abuse one another.
Mrs Justice Pauffley said allegations were made by the two children, their mother and her partner.
"Specifically, it was said that babies were supplied from all over the world," she said.
"They were bought, injected with drugs and then sent by TNT or DHL to London. The assertions were that babies had been abused, tortured and then sacrificed.
"Their throats were slit, blood was drunk and cult members would then dance wearing babies' skulls (sometimes with blood and hair still attached") on their bodies.
"All the cult members wore shoes made of baby skin produced by the owner of a specified shoe repair shop."
She said it was alleged that the "main action" occurred at a school - and at least seven other schools were named.
A swimming pool was identified as a meeting place.
It was alleged that "rituals" were performed at a McDonald's fast-food restaurant when "the boss" allowed child sacrifice because he was a member of the cult, said the judge.
And it was said that babies were prepared and cooked in ovens in a "secret kitchen" then eaten by cult members.
Mrs Justice Pauffley said it was alleged that the father of the two children at the centre of the case was the "cult leader" and members included a school head, a teacher, priest, social workers and police.
It was alleged that more than 100 people were "doing sex" to the children.
"I am able to state with complete conviction that none of the allegations are true," said Mrs Justice Pauffley in her ruling. "The claims are baseless."
She added: "Those who have sought to perpetuate them are evil and/or foolish."
Mrs Justice Pauffley said she had analysed the case at a hearing lasting nearly two weeks, heard evidence from 16 witnesses and read thousands of pages of written material.
She added: "The forensic inquiry has been full and thorough."