"Was this a Nuclear Explosion?" .... or an exploding Nuclear Power Plant?

Further to my report last night about the massive explosion in Tianjin China, reports are now flooding in asking the same question:  Was this nuclear?


New Video footage in the South China Post News show other views of the explosion from different vantage points.  But the most telling was a picture posted on social media that made me go searching for more information about Tianjin City this morning.  The picture was of a Nuclear power plant In Tianjin.... a very large nuclear power plant: 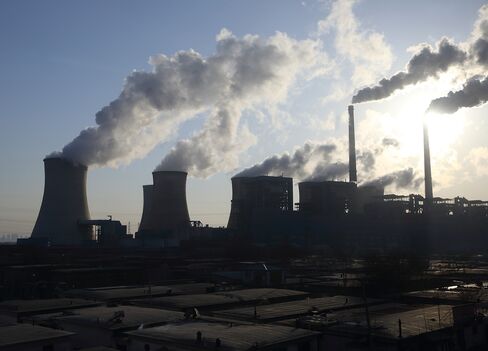 .....In March 2013 the National Development and Reform Commission announced new plans for seawater desalination, including for the cities of Shenzhen and Zhoushan, Luxixiang Island in Zhejiang Province, Binhai New Area in Tianjin, Bohai New Area in Hebei, and several industrial parks and companies. The cost is likely to be some CNY 21 billion ($3.35 billion). China aims to produce 2.2 million m3/day of desal water by 2015, more than three times the 2011 level. More than half of the freshwater channelled to islands and more than 15% of water delivered to coastal factories will come from the sea by 2015, according to the plan.


What do we know?  What do we suspect?   I know what I strongly suspect...

‘Is this a nuclear bomb?’: drone captures apocalyptic scenes in Tianjin, China, after industrial explosions

Taking on the look of a war zone or apocalyptic film, the gutted remains of an industrial area in Tianjin, China. Photo: Beijing Youth Daily
In the aftermath of deadly explosions at a chemicals warehouse, parts of Tianjin city in China looked like scenes from an apocalyptic film or a war zone, with destroyed buildings and homes, torched cars and pillars of thick smoke.
Testament to the devastation, eyewitnesses compared the strength of the blasts to military bombs. “Our building is shaking. Is this an atomic bomb?” a frenzied voice is heard saying in amateur footage posted on YouTube from what appeared to be an apartment building some distance away from the Binhai New Area, the epicentre. 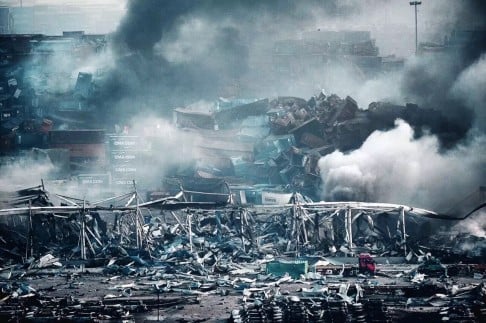 The clip showed fire shooting into the night sky from the initial blast when the second, much bigger, explosion rocked the area, sending a huge fireball into the air. Seconds later, the apartment building is seen violently shaking.
In another amateur video which appears to be shot closer to the scene, people scream from inside a car as the shockwave hits from the second blast, rocking their vehicle.
A photographer from the Beijing Youth Daily captured the chilling aftermath at ground zero, with a cluster of industrial buildings in Binhai reduced to ashes and piles of smoking debris. The blasts were powerful enough to crumple shipping containers and flatten nearby warehouses into twisted pieces of sheet metal.
Shell-shocked residents posted photos of their homes, with unhinged doors and collapsed ceilings.
Watch videos and continue reading HERE:  http://www.scmp.com/news/china-insider/article/1849157/nuclear-bomb-apocalyptic-scenes-tianjin-china-after-industrial

The Tianhe-1, the world’s fastest supercomputer in 2010, still remains operational, but has been switched off over safety concerns, Xinhua report

China has shut down one of its fastest supercomputers used in the nation’s space programme after it was damaged in Wednesday night’s deadly blasts in the northeastern Chinese port of Tianjin .