What DO you Create? 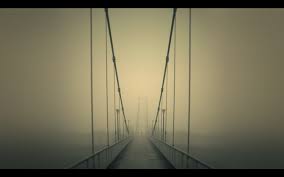 If you could create anything, anything at all, with no limits..... what would you create?  Take a moment and think about that.
One of my favorite authors of all time was Robert A Heinlein, and one of my favorite books was actually one of the last that he wrote before he passed in 1986.  The book was called "The Number of the Beast". In my opinion it was hugely misunderstood by the vast majority of fans and critics alike - as was Heinlein himself.

The basic premise of the story is that the 4 main characters hop into a flying car that had been retrofitted with a mechanical device that allowed the vehicle to travel not only through time, but through dimensions as well.   During their journeys, they realize that not only are they traveling through various earth based parallel dimensions, they end up visiting dimensions/planets/worlds/places like OZ, Wonderland, Barsoom, the Grey Lensmen's world, to name a few, and they have grand adventures and end up meeting with a cast of characters from Heinlein's famous Lazarus Long series of books.

During the course of the story, they make the discovery that truly inspired and creative people actually CREATE.  They Create, not only characters and worlds, but sometimes even entire universes, in parallel dimensions!!! The machine that the inventor in the story built gives them the ability to easily traverse the "multiverse" instantly, anywhere, anywhen.

The book ends with a cross multiverse convention of authors/creators and many many of the characters/people that they created in their stories.  One of the Creators/authors attending the convention is Jubal Harshaw (from Heinlein's "Stranger in a Strange Land" book- my #1 fav of his that I HIGHLY recommend everyone read)- who comments (and I'm loosely quoting as I cannot find a copy online to copy from) that he is immensely relieved to know that in all his career as an author, he never once created a  true villain or wrote stories that involved chaos and mayhem and suffering, because he couldn't stand the guilt of knowing that HE had created it.

(Many of Heinlein's books tackle issues and theories and ideologies that we are only now starting to really listen to and understand.) (Oh and did you know that Heinlein created the idea of the water bed in his book "Stranger in a strange land"?  An inventor read the book and thought "what a great idea!" and he invented the waterbed!)

It was 25 years after reading that book that I realized that we ARE creator beings.

So I return to the question:

If you knew that by focusing your intent and your will, aligning your heart, mind, words and actions, and then releasing your energy outward that you could Create ANYTHING..... what would you want to create?

If you new that by focusing your intent and your will and by aligning your heart, mind, words and actions, and then releasing your energy outward that you could Manifest ANYTHING you wanted..... what would you want to manifest?

Heather told me about a vision she had about a year ago.  She stood with a group of people and saw a bridge- like a railroad bridge.  she could see the opening of the bridge and had been told that below it was a deep chasm- yet the bridge itself and all around it was obscured by heavy fog.  Everyone was very nervous to step out onto that unknown bridge.  She stepped out onto the end of the bridge and started walking and once she was part way across she was frustrated by the fog and asked for "clarity NOW" and immediately the fog disappeared.  When she looked down she realized that there was no deep scary chasm- the bridge was on the ground in the middle of a meadow!! Everyone then realized that they didn't need to use that bridge at all- it was completely unnecessary. They all smiled and went off across the meadow, each on their own pathway.

Do you need a bridge?  Do you WANT a bridge? When you look around and see nothing but a field of flowers and warm sunshine..... do you need to walk across the bridge to get to the other side of...... the meadow?

Personally,  I want to walk through the meadow and truly enjoy the flowers and the wild blueberries and the warm sunshine.

If I want a tomato, I'll focus my intent on getting a tomato.

Where will you focus your intent?  Where will to send your energy?

YOU can create anything. 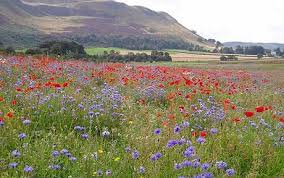