Net Neutrality: The Act to Smother the Flames 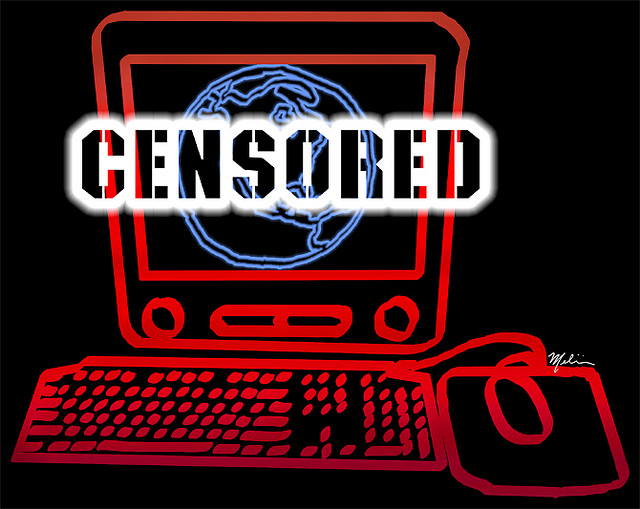 While the talking heads of the Main Stream Media are singing  "Glory Hallelujah" to the Ode of "Net Neutrality", the people who actually have a brain capable of rational thought are pounding their heads on their desks at the gullibility of the public to actually buy into this schtick.  It boggles my mind that there are so many people, even those in some of the alternative media outlets known for outing the usual garbage, that are eating up this crap, licking their plate and asking for more.

Let me point out the most important point of ALL of this shit:

WHERE IS THE NET NEUTRALIZATION ACT?

Why haven't we seen it?  Why hasn't it been released to the public?  If this is such a wonderful new law, that allows unicorns to fart rainbows all over the internet like a force field of public protection, then why is it being kept away from public scrutiny?

In EVERY single "Bill", "Law", "Amendment", "Canon", "Writ", "Ordinance", "Notice" to come out of any government corporation, there is ALWAYS a hidden agenda that protects the Corporations and removes Freedoms and Rights of the people that these announcements proclaim to be "protecting".  This "Net Neutrality Act" is no different, and we are about to come face to face with the understanding that the last vestige of "Freedom of Speech" has just been shackled by the bureaucracy of Government and Corporate interests. ......

.... I mean, so I assume.  Since I, nor anyone else, can READ the Act, we really have no idea what it contains, nor what controls have just been thrown over the internet to smother the smouldering fire of information that is feeding the flames of Transparency.


And on Wednesday, the FEC held a hearing on whether or not they should regulate political speech on blogs, websites and YouTube videos…


The Federal Election Commission (FEC) is holding a hearing today to receive public feedback on whether it should create new rules regulating political speech, including political speech on the Internet that one commissioner warned could affect blogs, YouTube videos and even websites like the Drudge Report.
http://theeconomiccollapseblog.com/archives/feds-hold-hearing-whether-regulate-sites-like-drudge-infowars-economic-collapse-blog


This happened February 11, 2015..... yet did we hear about it?   The FEC looked for "Public Feedback" and yet, did we know about this?  Did the general public KNOW, and did they understand the question that they were being asked to give an opinion on?  Nope.

IF this was implemented in the "Net Neutrality Act", then those of us who continually speak out against Government Corruption, Deception, and Fraud may find ourselves fighting against a government controlled gag.   I for one, will DO WHATEVER IT TAKES to continue to shine a spotlight on the bullshit of these corporate entities that pretend to be Governments.  For me, the passing of this "Act" may be the Battle Cry that will echo around the planet, to rally all of those people who are Truth Speakers and Truth Seekers into one cohesive Phalanx that will break through the crumbling walls of Lies and Disinformation that the Governments, Corporations and Banks are cowering behind.

JD Rucker February 27, 2015 The Internet is Lost and a Tweet from @Drudge Sums it All

The last bastion of intellectual freedom and open communication has fallen to the hands of the government. We knew it was a matter of time, but now it seems to have snuck up on most who were unaware.

This isn’t a new development, but now that it’s done some people are cheering “damn the big corporations” while others are rightfully realizing that this is not a victory for the people but rather a strategic foothold given to the government. We may or may not have been in control of the internet in the recent past, but we’re officially watching the beginning of true censorship and utter destruction of virtual privacy.
Controversial political figure Matt Drudge summed it up with one Tweet:


The Net Neutrality Debate Proves The Opinions Are Far From Informed

As many of you know the FCC approved what is now considered the greatest change in the fundamental underpinnings of how the internet will be both used as well as “allowed” to be used. The regulation now known as Net Neutrality will supposedly make the internet more “fair” or “equal” to everyone. All I’ll ask you to ponder is this: How’s your cable bill working out for you?
There’s a lot of known and unknowns still to be had as we sit here today. Why? Regardless of what you’ve heard or seen written in the press about this regulation; no one, and I do mean, no one knows the details to this new and sweeping regulation.
The reported 330-ish paged regulation was held in a way resembling sealed documents from a court case. The only people who read it are those that wrote it, and voted it into law. We now have to wait and see just how much everything changes.
Every future or current business, entrepreneur, as well as individual that accesses the web will be effected. Along with what everyone now takes for granted about the internet will also be changed. How much if any will remain the same, or even possible going forward no one yet knows. And that’s not hyperbole. Everything that one thought they knew or even assumed has now changed. Period.
What took my breath away was just how many bought into the premise that all this was about (as in solely ) was not allowing ISP or cable providers to throttle content. i.e., Not allow a cable provider to charge more to a content provider for faster access to deliver their content and nothing more. And that regulating the internet would now fix this issue.
The discussions and buttressing of arguments based on examples using monopolies and utilities by those pushing for it showed just how ill-informed many of the so-called “experts” were.....

......Think about it this way. The electricity coming into your home works generally the same way. And this was used by many as an underpinning of their argument to express the “utility” equivalency discussion. Personally I thought it was the exact argument to show just how little many understood rather than solidify it.
If you want more power into your home guess what? You have to pay for the infrastructure not only at your home (e.g. update your wiring and more) but you also might need to pay for the build out from the pole. If you want or need 3 phase power? You’re going to need to spend money. A lot of money. The power is there but if you want it, you’re going to need to pay.
The infrastructure to carry what you currently have you paid for when the home was built. The electric company didn’t pay, the home builder paid when the home was first constructed. If you want more power? You are going to pay. And here’s where this issue really strike home to the “utility” issue used by so many.
If you don’t like the power companies fees, service, regulations et al. Tough. Because you can’t go around them. You can’t build your own better, more customer friendly or compliant power company. They have a true monopoly. And no matter what you say or do, you are going to pay if it’s decided by the regulating authorities, that no matter what – you are going to pay.
Think not? You can go “off grid” you say? You’ll find a way to “hack.” Not so fast. There are reports nationwide where it is illegal to disconnect your home from the “power” companies. Many are finding themselves facing both criminal as well as monetary charges for trying to “disconnect.” Your cable bill (or broadband) is going to fall into this category in coming years. After all, if it’s now deemed as “utility” status why not? Think it’s just the electricity? How about another “utility?”
Try telling many city governments that you just spent $25,000 to update your septic system to a new state of the art standard so you don’t need to connect to the cities new and improved or proposed  sewer system. Ask them why you need to pay for some “special assessment” bill of a few thousand dollars payable in 30 days along with receiving a monthly bill for something you don’t need or use?
The response will be: “Sorry, I just work here. Please pay the bill and make sure your property is accessible for the digging crews to connect your property. Have a nice day.” And that’s just the start. Welcome to the world of “utility.” and “monopoly.” Careful what you wish for – you just might get it!
If you think those in the industry as in “Silicon Valley” have more of an understanding that you or I do. All I’ll do is point you to the most recent as well as instructive or insightful understandings on this issue by one of net neutrality’s foremost cheerleaders.
I suggest you watch this short exchange that took place on CNBC™  as to why this must take place and why its necessary for the good of the internet. Then ask yourself this question: The internet just moved from anything you knew it to be, into something no one has any understanding or clue as to what it will morph into from here. All based on a movement propelled on the understandings and insights professed by so-called “experts” as those in this video.
Personally I am stunned on just how little of an understanding of business those in Silicon Valley have. Yet maybe I shouldn’t be. For there is no where else a business can be worth billions in market cap that either can’t turn a profit, or better yet, can’t keep a customer if they so dare as to charge a penny.

But that’s now all about to change too. Because once new “regulation” concerns become part of the mix Wall Street has to think about when deciding who, what, or where will the hot money (if there’s any left) will flow: Silicon Valley is going to find itself with not as much love as they once garnered. For nothing snuffs out the spark of VC free money for “hacking” or lets say “Innovation” like the threat and over arching hand – of regulation. Welcome to the land of utilities. Hope you like the new neighborhood.